August 08, 2011
This is kinda late already but I didn't get the chance to have some photo sessions with our funny little Foreman. We don't know the exact date; we just know his birth month is July. He's now three.

Well, I finally held him -- with much effort because he can be extremely unruly -- in front of our iMac and used Photo Booth. I didn't have a party hat on hand but I found something from New Year's and used it on him. Good enough, I thought. 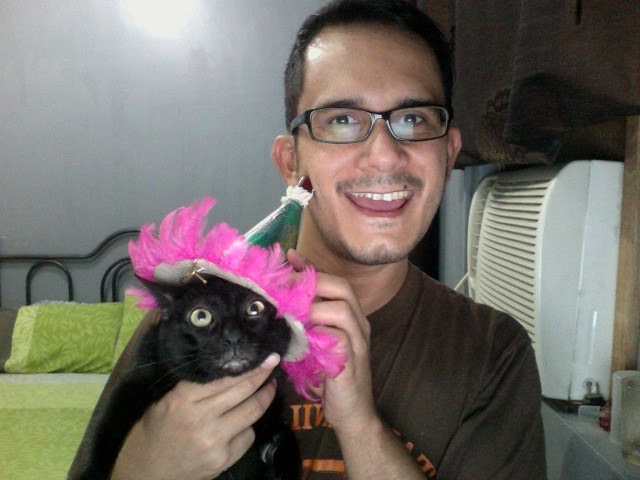 I also unearthed a couple of mobile phone videos of him that I trimmed and uploaded on YouTube. The first one shows him wearing our other cat Kwittie Boy's angel wings while I was making fun of him. The second is about him trying to catch his tail.

Foreman was given to us when he was just a couple of months old. A friend (Rej Layug Rosero) offered him up for adoption over at multiply.com. He was described as a quiet cat. My Bibe and I were looking at his photos and were amused although I was a bit hesitant about taking him in. We loved the idea, though, of having a black and a white cat (Kwittie Boy) in the house, a furry and then a short-haired one. Moreover, we were thinking that this ordinary domestic cat would prove to be the ideal cat, sweet and all that since Kwittie Boy has his moods. Anyway I gave in.

He was so tiny when he came. It was fun to watch him grow physically but not so much when he grew to become this wild and noisy cat. My Bibe and I would even joke about commenting on multiply "item not as described," much like what disgruntled online buyers post when not satisfied with a purchase. But we love Foreman. He's funny. He gives me a lot of reasons to flare up but he's funny. And we love him.

Anyway, here are a couple more shots from my Photo Booth session with the birthday cat: 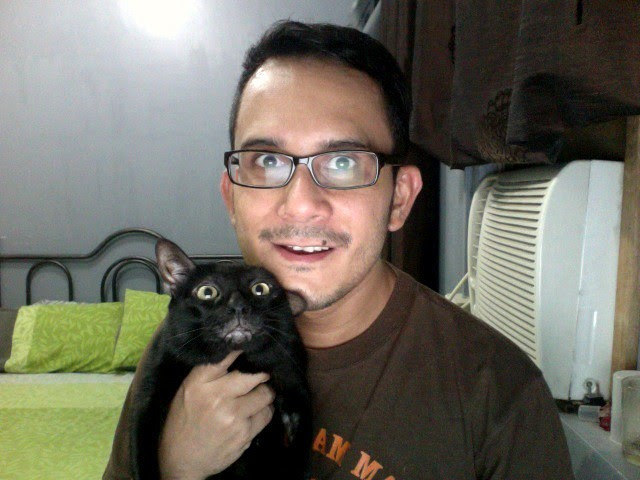 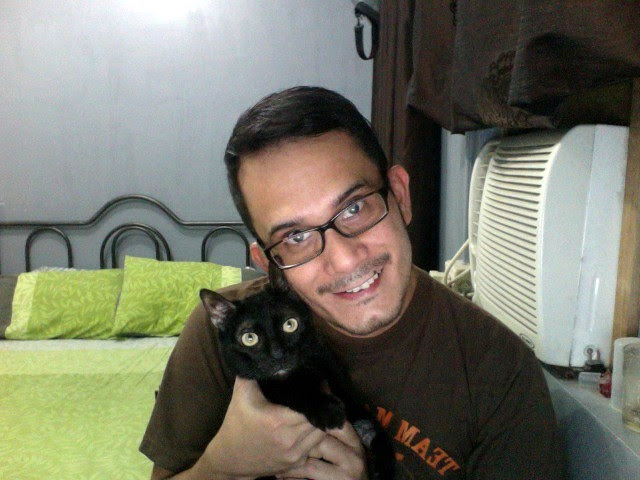 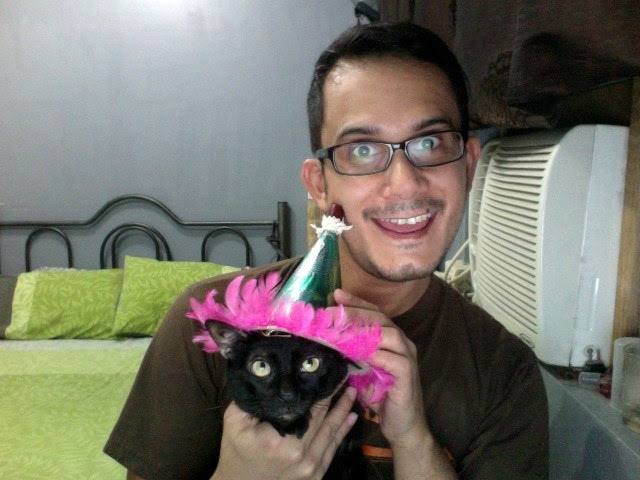 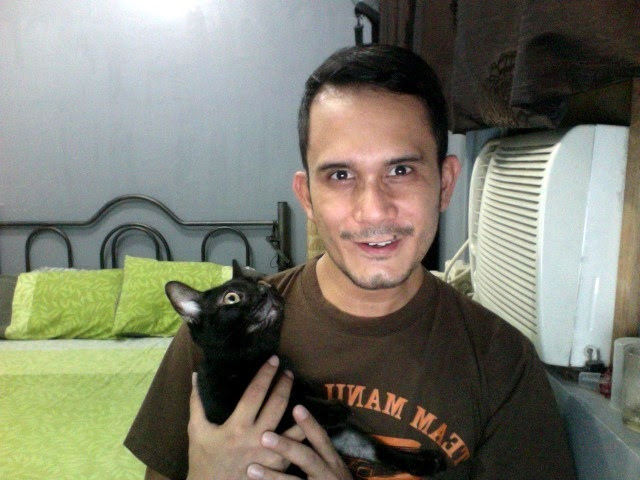 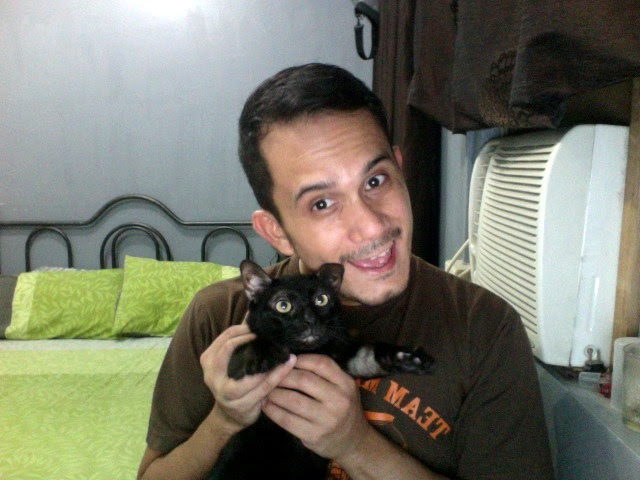 Isn't he just funny and cute? He just has this funny look on his face all the time, which I really love.