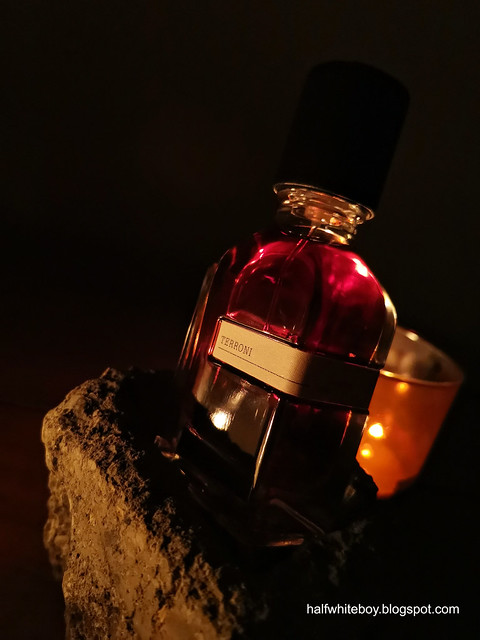 With Terroni, niche house Orto Parisi is selling us a picture of Vesuvius, or its olfactory equivalent at least. While I don't think it's meant to conjure images of an angry volcano spewing fiery lava—because its supposed to be about "the roots and the land around the volcano"—I don't think anyone can be faulted for such an association. The juice's reddish hue certainly plays a part as well. Either way, I was sold on the idea and made a blind buy.

The fragrance is brimming with a deep, smoky dark chocolate at the onset. It's predominantly bitter but there's a touch of sweetness in the mix that gives it a little flavor and lifts the scent up a bit. Something burnt is wafting around too, which I find oddly intoxicating. I know not everyone will share the same reaction but I'm sure some will find it intriguing at least. While the smokiness isn't necessarily choking, it is thick and might I say, dirty. It veers away from the usually clean and transparent smokiness of incense in frags like Penhaligon's Elixir or Roja's Risqué pour Homme for that matter. 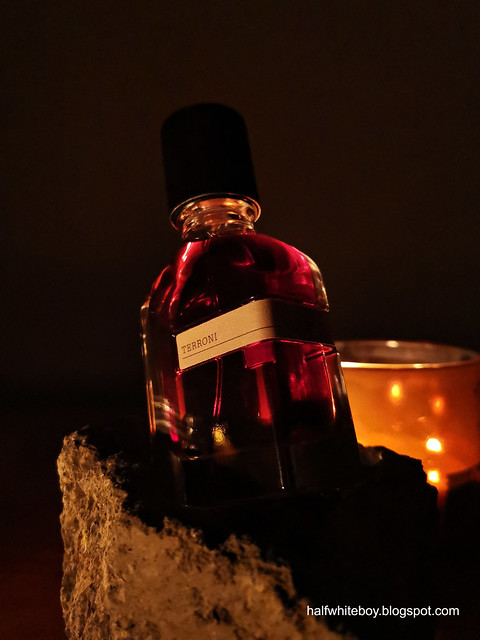 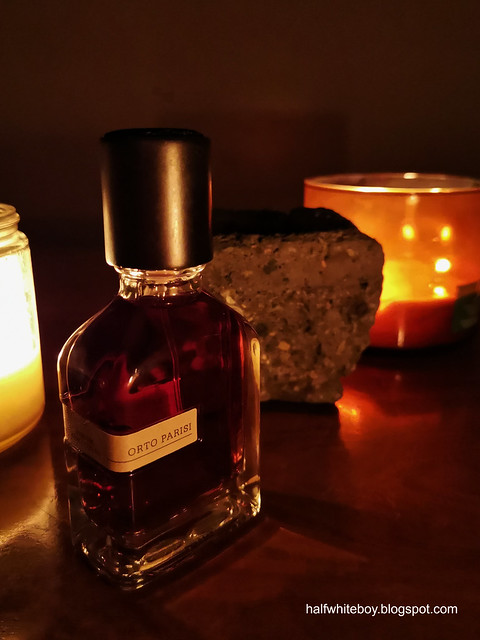 The already dark scent, particularly the opening, is underpinned by a brooding earthiness that fulfills Terroni's allusion to soil. But unlike the cold and damp soil featured in Olympic Orchids's Night Flyer, the earthiness here is flat out dry. However, it also isn't dusty despite the dearth of moisture. It's more like something from deep underground than surface soil. It also has a certain warmth to it for some reason.

This dark and earthy stage is quite prolonged but its duration plays out differently on different occasions, most likely due to weather and temperature. When it finally decides to go, it's the chocolate that slowly fades away first while a sharp spiciness gradually takes its place. The smokiness and the earthiness soften eventually, and then I start getting oud. It's the woody kind, carrying hints of smokiness with it. Although the earthiness occasionally pops back and then leaves again, it's mainly the spiciness and the oud that remain, accented by a mild sweetness.

Terroni is an interesting scent but is, without doubt, not for everybody. However, going by its scent profile, I think it will appeal more to men than women. It's not a very versatile frag and it feels more suited to cold weather use. The scent lasts really long and projection is assuredly good, so a little goes a long way. All in all, this is a solid conceptual release.