May 25, 2011
On my last trip to Boracay, I was inexplicably too lazy to pick up my camera and snap pictures. Maybe because Boracay has become oh so familiar to me already or I was too preoccupied with my tanning. Well that changed when I booked us a paraw ride. I couldn't stop taking photos. 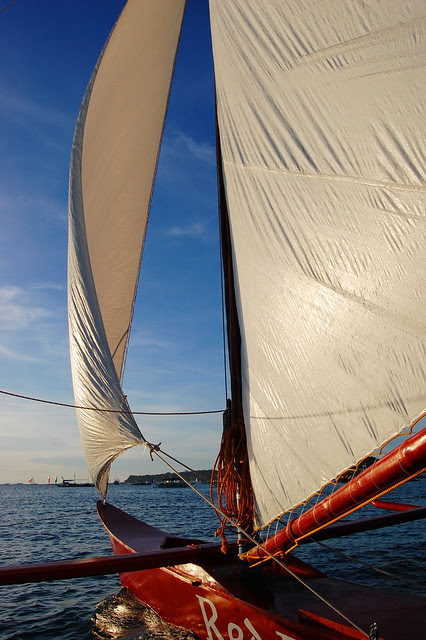 I've been to the island many times already but I have to admit it was my first time on a paraw. Such a shame since these outrigger sailboats have long been littering the Boracay seascape as far as I can remember. I did a little research and called up Red Pirates. They were located in Angol, on the far end of Station 3. They had a bar and some tables and chairs on the beach interspersed with foliage. For a moment I actually forgot we were in Boracay. It felt like we were in some remote beach that was still largely undeveloped. 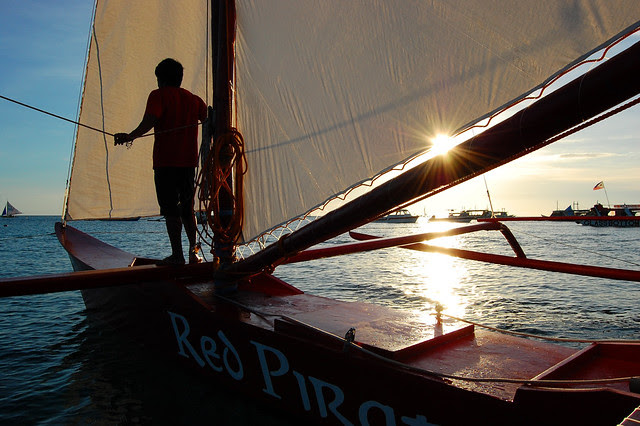 For 800 pesos I booked an hour's ride on a bigger boat. I actually thought they had a fleet but upon asking, they only had two. Red Pirates's boats are characterized by their striking red color, plain white sails, and of course, a pirate flag atop the mast. 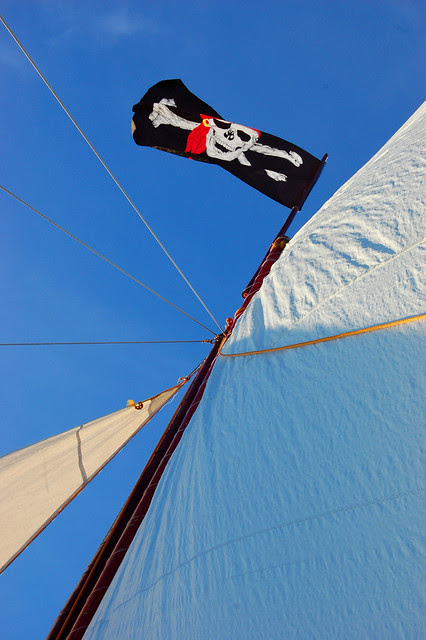 True to their branding, they howled like pirates at other boats, even to the crew of this ship: 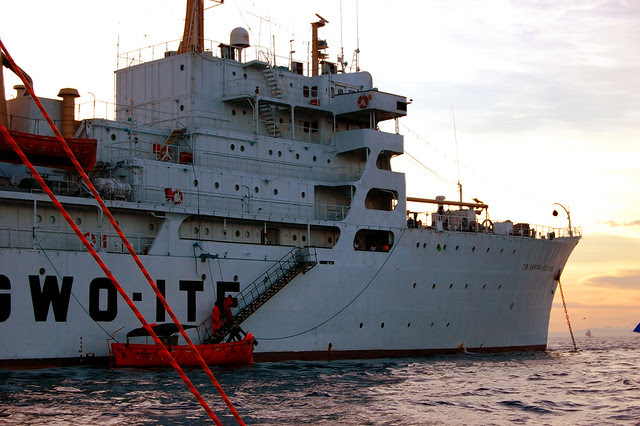 It was a smooth sail and I enjoyed it. I just wished the boat had a spot where you could comfortably lie down. You actually can lie down but don't you think this is just a tad too narrow? 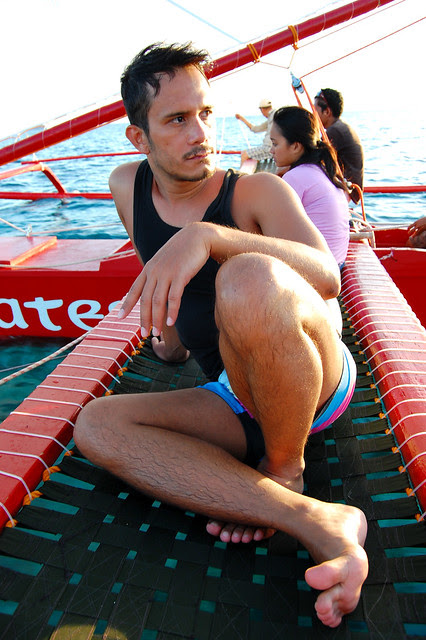 We were sailing really fast, proof of just how mighty the wind can be. And surprisingly, there was nary a splash that hit us! We actually got wet more from our motorized boat ride to Caticlan. 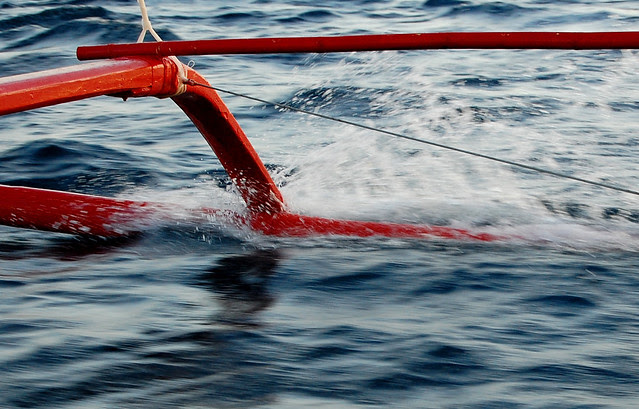 There may be a hundred paraws in Boracay from what I see. And quite a number of them have already become moving billboards for advertisers. I'm glad Red Pirates has kept their sails clean. 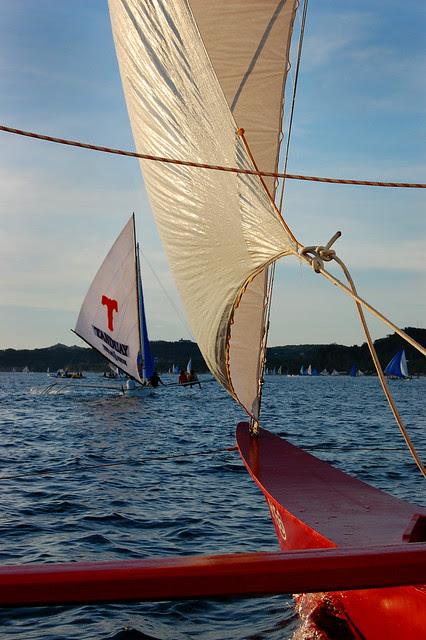 And of course, Boracay's sunset never fails to wow me. And it was even better at sea since I felt a little closer, especially since I only have an 18-55mm lens. 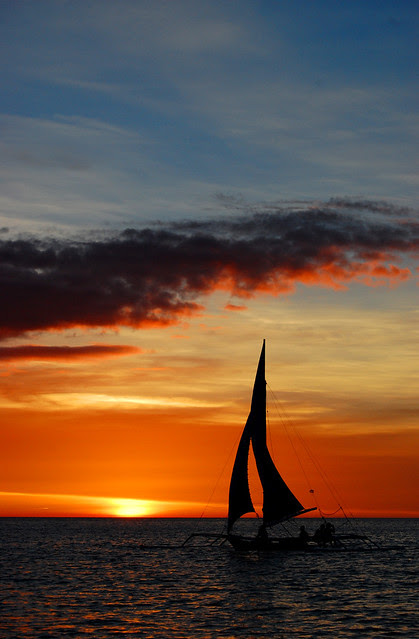 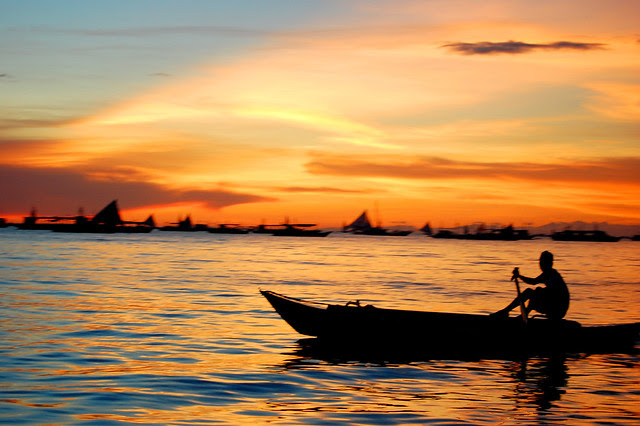 And yes, the afterglow is always a visual treat, where the differences in the sky's colors are more pronounced. 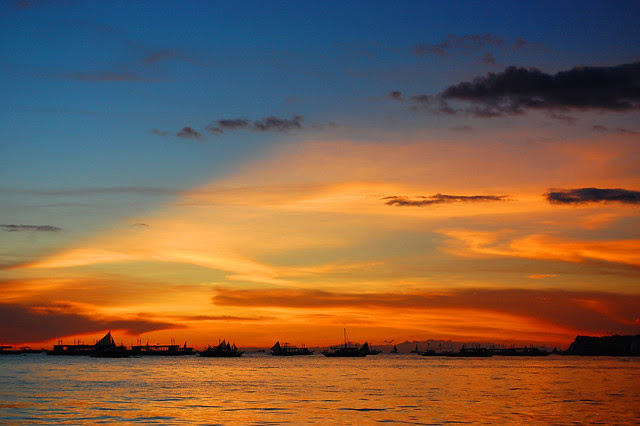 Red Pirates's place on shore is also full of charm. For one, there are two resident cats staking their claim on the bar. The one on the left is a sad story. According to a guest the cat lost its eye in an accident. I didn't ask what was it but its now the other cat on the right who's taking care of him, grooming him and all. My heart goes out to these cats. 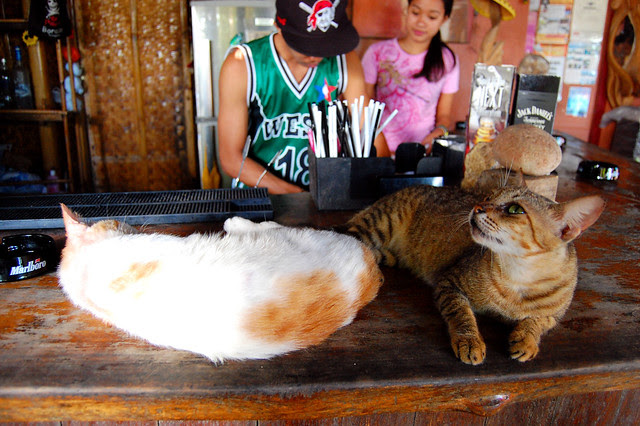 If you don't like being confined inside the bar, you can always stay outside, where spartan table and chair arrangements are hidden from view by some greenery. Along with reggae music playing in the background, Red Pirates evokes a very laid-back island vibe. 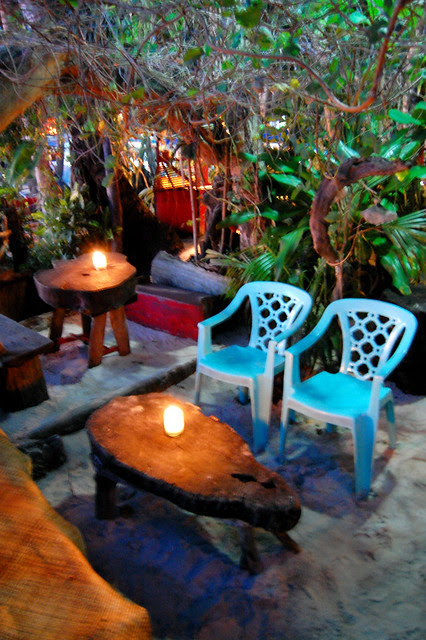 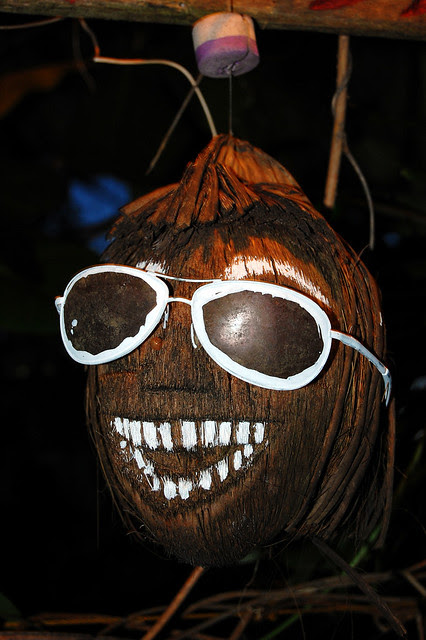 My Bibe and I definitely had a good time together. And we won't mind booking another ride with Red Pirates on our next visit. But there's also another thing I haven't tried yet: parasailing. Okay, next time. 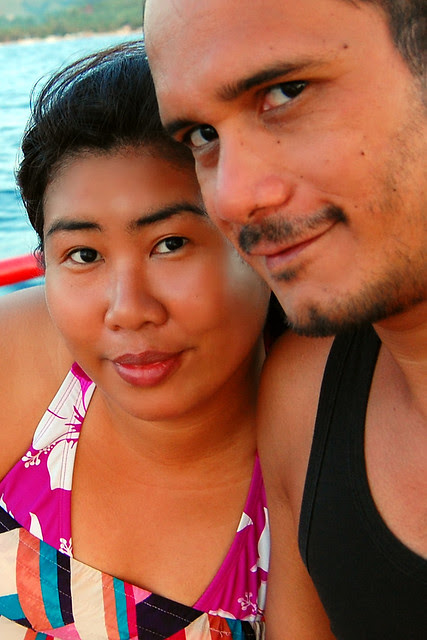 ******************
BAD NEWS: Just this year, 2013, the local government of Boracay has cleared Red Pirates's garden, ordered their boats to be painted white, and on Aug. 21 has just served a notice to demolish their bar within 7 days because it's over the newly established "setback line." Because of continued sand erosion, the tides are coming nearer and the LGU has decided to push back the structures. I'm just not sure if they're as tough with the bigger resorts on the island, which they've all granted building permits in the first place.
boracay lifestyle paraw red pirates travel