April 16, 2012
When My Bibe and I were in Bacolod two weeks ago, she suggested Felicia's for dinner. Originally just a pastry cafe, Felicia's later added an adjacent steak room.

The steak room
The restaurant was cozy with ambient lighting. It's that type of resto with an air of formality to it (Read: table cloths). There's a curtained-off area at the rear where, I guess, small private functions can be held. More tables are available in a section right next to the pastry cafe. 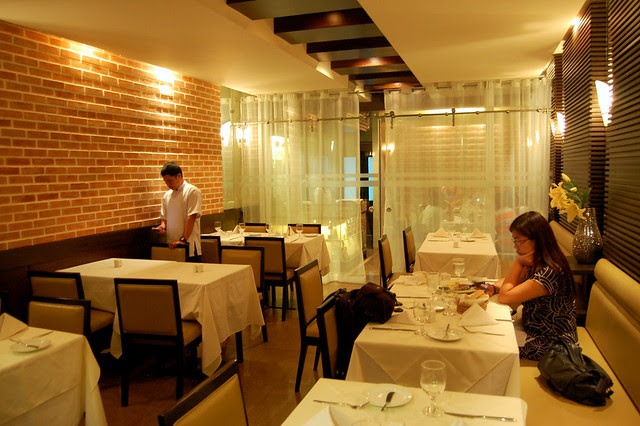 Maybe because it was Wednesday of holy week, but there weren't many diners around.

The steak
Service was quick although I don't know how it is if the place is full. I ordered their pepper steak (tenderloin cut) while My Bibe had a filet mignon. At around Php 600 for each dish, the cuts were unimpressive but at least they were really tender and cooked right according to our specification (medium well). So I was okay with it. 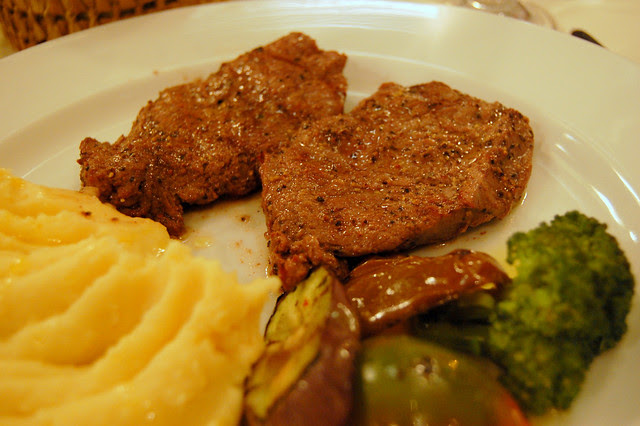 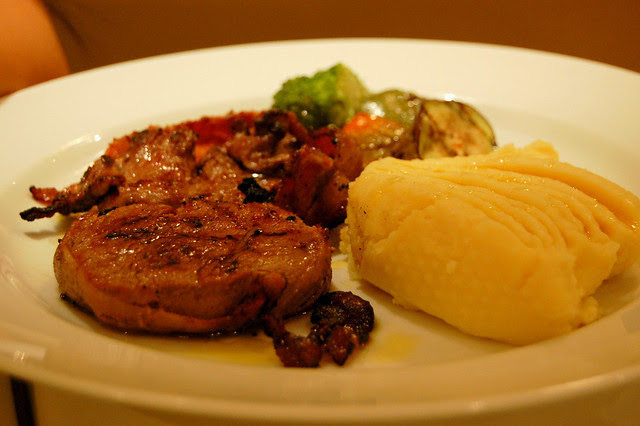 The pastry cafe
The place was your typical cafe: cozy atmosphere, warm lighting, but noisy. The cakes and pastries were paraded in full view, creating an enticing display that appeals to the sweet tooth in you. 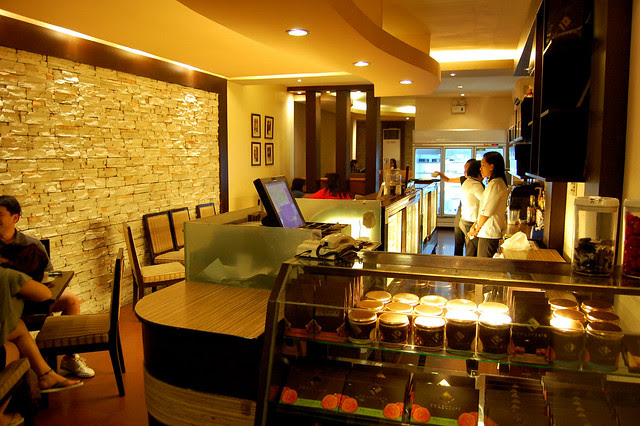 The view of the cafe as you enter. 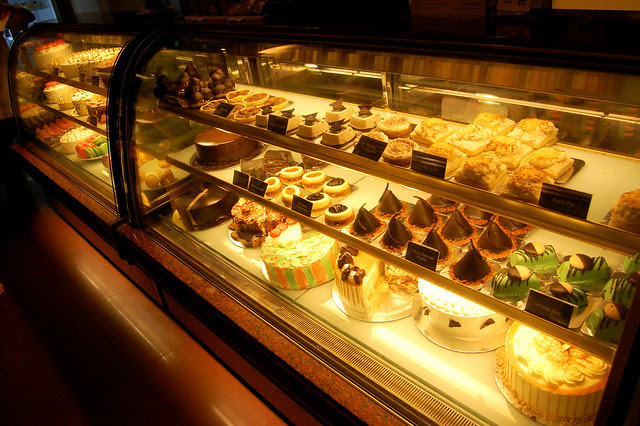 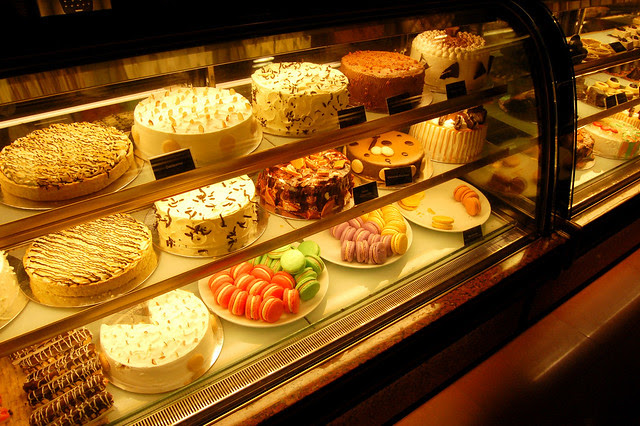 A visual treat of sweets!

The goodies
After much anticipation, sad to say the desserts (at least the ones I got) were underwhelming. I took a cue from a blog post I've read somewhere and ordered their choco caramel praline, essentially a mousse covered in chocolate and surrounded by praline bits, and their mint-flavored macaroons. 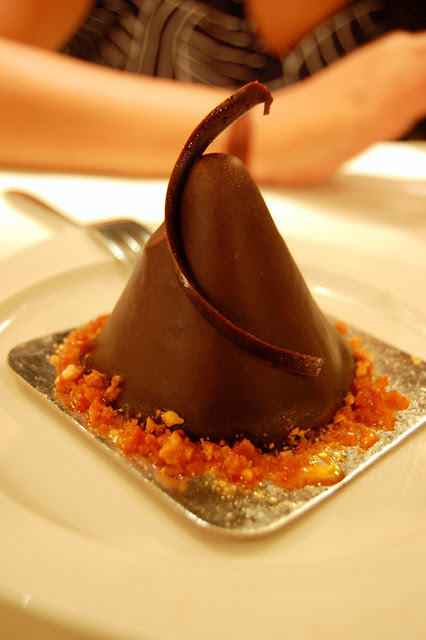 While I was okay with the mousse, I really didn't get what she was raving about with the macaroons, except probably their size (about twice the ones at Bizu). The texture was definitely off and it was quite hard and dry. I could taste the mint, though. 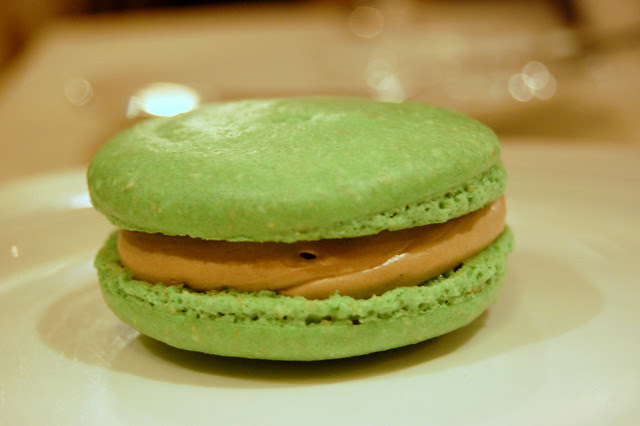 ************
For a place to dine, Felicia's is a respectable choice for me. Never mind the cuts of their steak; at least they're tasty and tender enough. The cafe, on the other hand, you can just skip. So much for the buzz but I guess I'll stick with Calea.

Most taxi drivers, I realized, aren't familiar with the place, so take note of the address before heading out.