May 24, 2012
Let me get this out of way from the start: I'm not a Jessica Sanchez hater (although it's fun to play with the minds of Jessica die-hards). Am I a fan? A little, maybe. 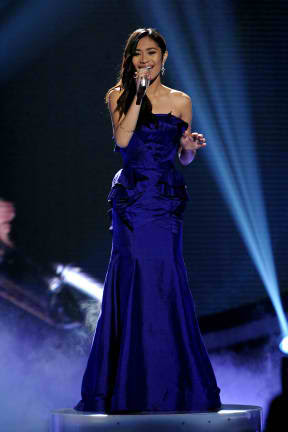 I first took note of Jessica during American Idol's Hollywood week and immediately thought she was a "Filipina." (I'm using quotation marks to emphasize the context in which the term is used by most Filipinos, which is to stake claim on someone with even the slightest ounce of Filipino blood in him/her who's enjoying some level of success or recognition outside the Philippines.)

Broadly speaking, Jessica is half-Filipina, 1/4 Mexican, and 1/4 American (God, she could sing all three national anthems in the next Pacquiao fight!). At the end of the day, however, she is an American citizen, which is why she was able to join AI in the first place. And my guess is, she doesn't really consider herself a Filipina but an American although, of course, if you ask her now -- especially after the Philippines, government included, had blatantly laid claim on her and rallied behind her throughout her AI journey -- she most likely will acknowledge her Filipino heritage (although I don't know if Arnold Clavio would consider her a Filipina).

Back to AI, I was actually happy to have a "Filipina" to root for, especially after none of her predecessors (Thia Megia, Ramiel Malubay, Camille Velasco and Jasmine Trias) made any impact on me. Generally speaking, however, I thought Season 11 collectively had AI's best finalists yet. Except for a few, everyone was good in different ways.

I loved Elise Testone's raspy tone, Heejun Han's cool voice, and Philip Philips' growl. And even if I don't really love their voices, I must admit that Skylar Lane and Colton Dixon were great performers. Heck, I even had to admit that Deandre Brackensick and Hollie Cavanaugh delivered some good performances at least one or two times. Joshua Ledet, for all his vocal pyrotechnics that I sometimes find exhausting to listen to (especially if it's the full song), is actually a very creative performer.

Having said that, for me it all came down to each contestant's song choices, what he/she did with them (creatively), and how he/she actually delivered them. Jessica enjoyed a pretty good start but halfway through the competition, I started to get bored with her. I soon realized that while she's a really great singer, she's more of a vocalist than an artist. Compare her to how Joshua or Philip interprets a song, both of whom always brought their own flavor to it. Of course Jessica had me back when she belted out "And I Am Telling You (I'm Not Going)" but then again, it was the same original arrangement and she was just out to prove that she could handle that big of a song.

Through all this, Filipinos were passionately behind Jessica, tweeting, posting on Facebook, even trying to circumvent the AI voting system. You read everything from people being so proud of Jessica and of being a Filipino, to lashing out at judges when their critiques didn't sit well with them. Uhm, may I remind you that Jessica is an American?

Because of this unabashed display of so-called "Filipino pride," Jessica and everything AI became perennial trending topics on Twitter, in the Philippines at least, which didn't go unnoticed in a curious case study on social media and AI: 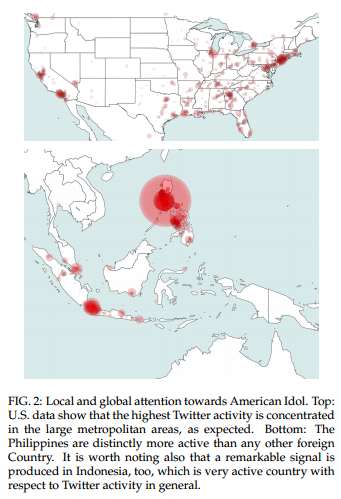 If people in the Philippines could only vote (although some claim they were able to circumvent the AI voting system - shame on you!), and if Twitter activity were any indication, then Jessica would have won Season 11. It's crazy because people were treating her like the Philippine representative to AI when Jessica is from California, not the Philippines.

Nevertheless, such social media behavior also indicated that if it were all in the U.S. alone, Philip would be crowned the winner -- and indeed he was. 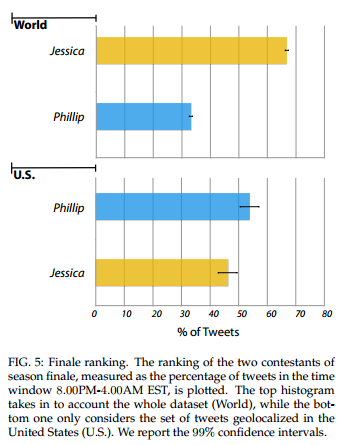 Taking into account their performances leading to the finale, I believed Philip should win. Early on, though, I still hoped that dear Jessica could turn around with a string of spectacular performances and convince everyone that she deserved the crown. But that god awful original song they gave her only cemented my conviction -- or rather, my wish -- that Jessica would lose. Why? It would be her first single, which was arguably destined to be a huge flop. I didn't want that for her. More so, there's much less pressure to succeed on the runner-up than on the titleholder. Even more, Tommy Mottola already confirmed he'll be working with Jessica on her CD, so she's in good hands.

One question, though: where'd all that "Pinoy pride" go after the finale? A lot of disgruntled Jessica fans earlier were dissing AI that non-white people never stood a chance (for the record, Seasons 2 and 3 produced "black" winners). They were even calling Jessica "World Idol!" Uhm, don't be ridiculous, folks. Now what? Philip's "Home" is no. 1 on iTunes, and 12 other songs of his are on the chart (see here).

Jessica? She's got one, "The Prayer" at no. 151.
american idol jessica sanchez random