Boracay for the nth time

June 20, 2012
Despite being perennially upset about Boracay, with its unabated over-development, with its ridiculous local ordinances, with its garbage and sewage woes, with the sea claiming more of the beach each time, with that green muck that never seems to go away, et cetera -- I still keep coming back. I just love Boracay. 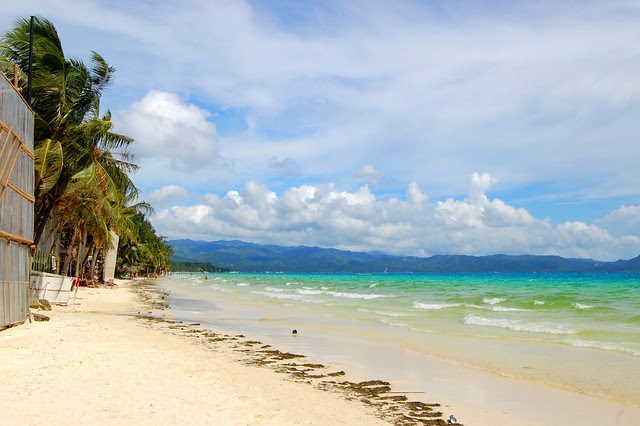 The beach: still lovely in spite of the monsoon waves and the dead seaweeds washed ashore.

So we went there yet again on a whim just as the monsoon season started kicking in. But as luck would have it, or divine intervention if you may, we enjoyed lots of sunshine while we were there. Not a single drop of rain although the waters remained slightly rough. 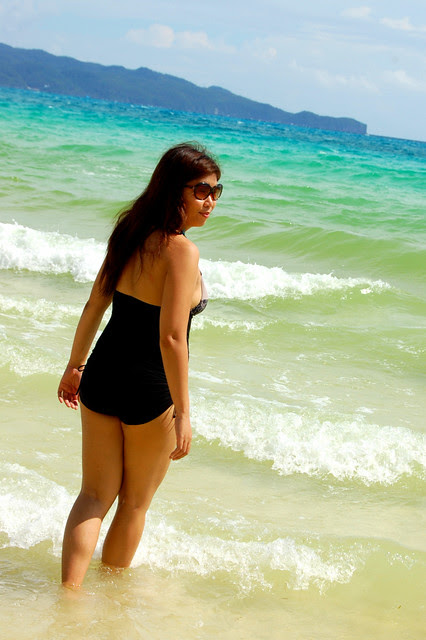 My Bibe enjoying the waves. 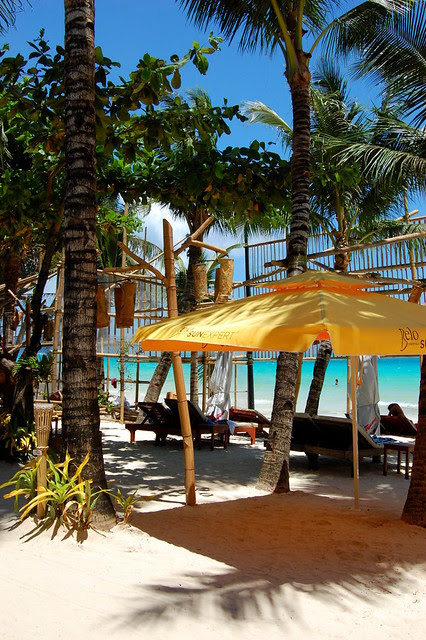 Lucky us; we caught Boracay at a perfect time amid the rainy season. 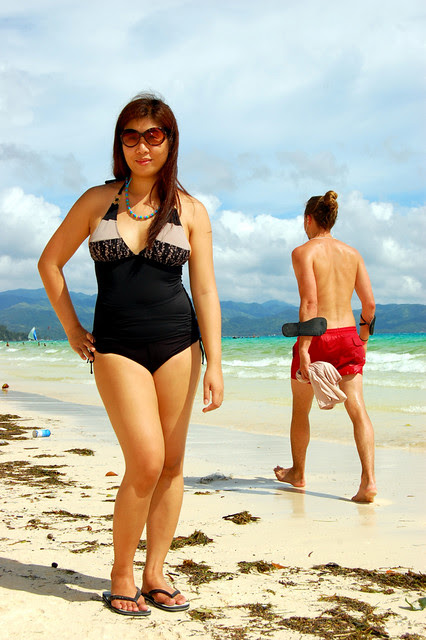 My Bibe was photo-bombed!


One thing we never fail to do whenever we're here is have dinner at D'Talipapa, where we get to buy all the seafood that we want from the market (the talipapa) and have them cooked at any of the joints around that offer cooking services. 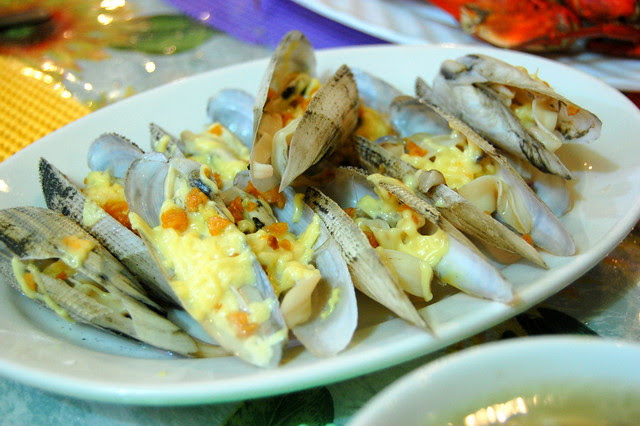 Diwal, or Angel's Wings, that we ordered baked with garlic and cheese. Yum!

Apart from our regular Boracay habit of lazily lounging by the beach, we also paid a visit to our friends at the Red Pirates Pub down at Angol. Last year we went paraw-sailing with them. This time, though, we simply had drinks and whiled away time by the beach. We also got to pet at least one of their cats. My, she was such a "soft kitty!" 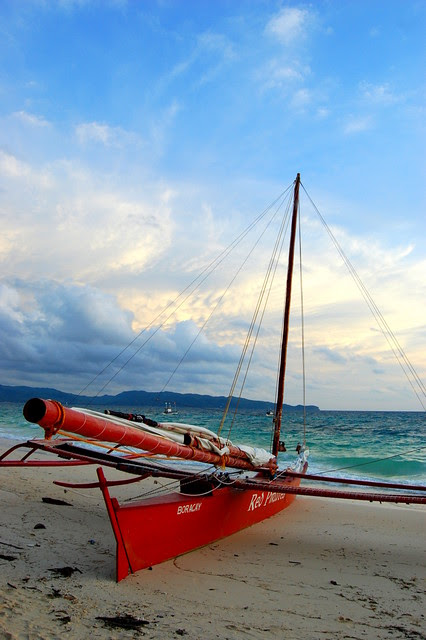 The pirates have taken a break from sailing for now. 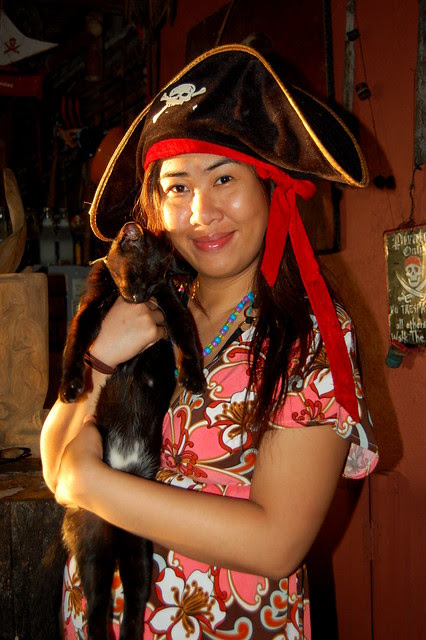 This kitty embodies that "soft kitty" in Sheldon Cooper's favorite lullaby in The Big Bang Theory. She was literally so soft it's hard to stop petting her. She was quite uncooperative with the picture-taking, though, not once opening her eyes. In this photo, she was like playing dead or something. 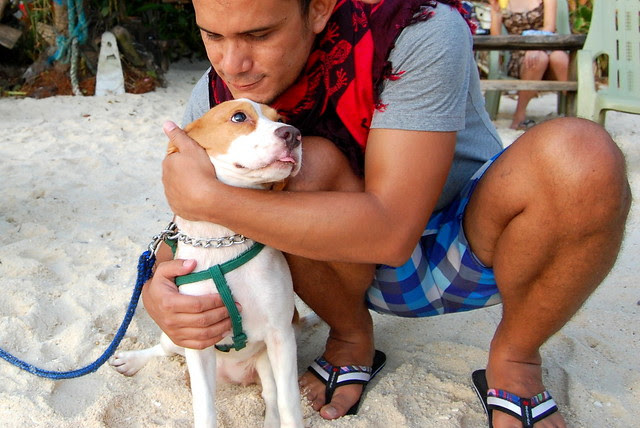 Meanwhile I met a friend in Lucy, a cute little girl from one of the pub's patrons.


I love the vibe in this part of Boracay. Like I said before, it doesn't feel like you're in Boracay at all. There seems to be less people here, as its far from the party places of Station 2. But already, there's already a new hotel right next to Red Pirates that feels like it doesn't belong there. Oh please! 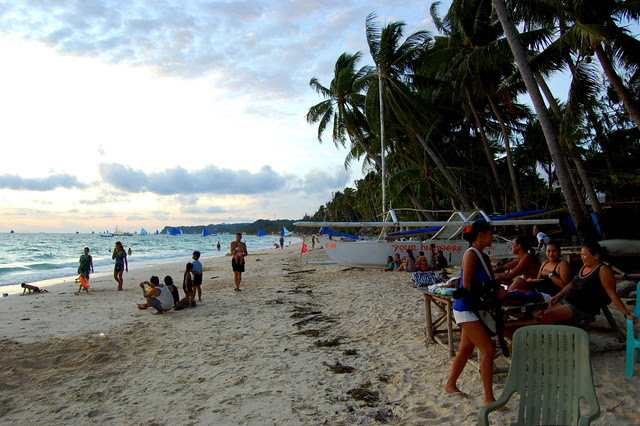 It's a different kind of Boracay here, for now at least. 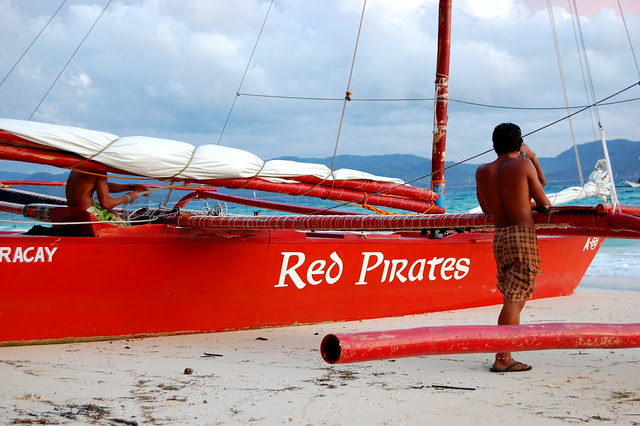 The boat crew securing the sails for the night.

But you know what, even when I've been here countless times already, I still haven't checked out a lot of other parts of the island, like getting to its highest point or exploring some hidden gems from among the chaotic maze of establishments around. Come to think of it, I haven't even tried parasailing there. I'm also suddenly curious about that 10-minute helicopter ride they're offering. 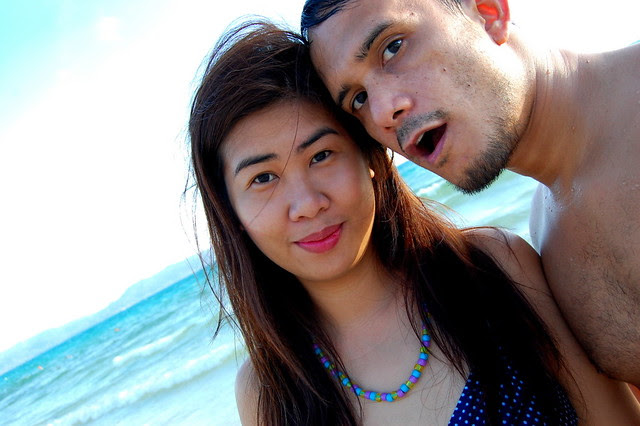 I guess there's no end to what I can do in Boracay. I better start doing other stuff aside from sunbathing. Next time then.
beach boracay red pirates travel