June 13, 2012
Almost immediately after having my fill at Sans Rival Cakes and Pastries, I went straight to the seafood restaurant Lab-as. Aptly facing the sea, it sits along a strip of restaurants north of the Dumaguete port. "Lab-as" is Visayan/Cebuano for fresh, used in the context of fish and other seafood, so it comes as no surprise that the menu here is dominated by seafood. 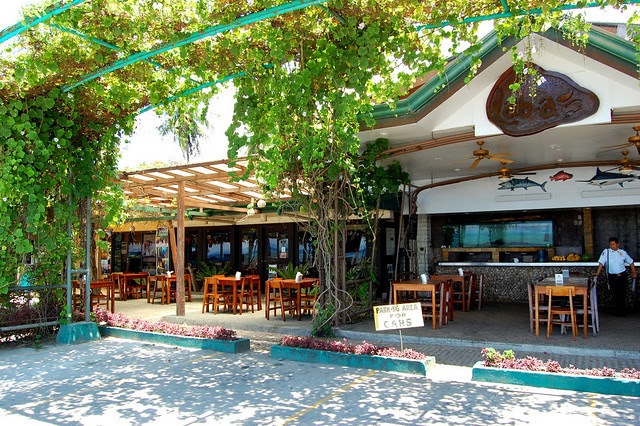 Lab-as is an airconditioned restaurant with warm, wooden interiors. Newspaper and magazine clippings, along with printouts of testimonials all raving about their food, are framed and displayed prominently on one wall. Outdoor seating is also available. And coming from a place with overpriced seafood restaurants that is Metro Manila, I must say that Lab-as's offerings are quite affordable. 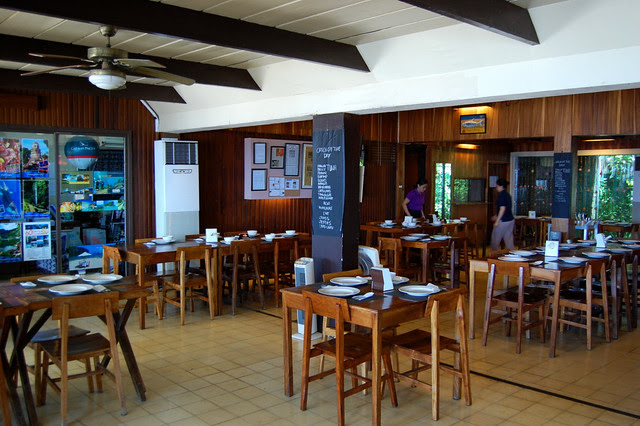 I was the first customer but more customers started coming in at noon.

Apart from having a little too much bread, my other problem was what to order because their menu consisted mostly of items that were meant for sharing. My waitress suggested their "Dumaguete Express,"which you can say is their take on the famous "Bicol Express" sans the heat. 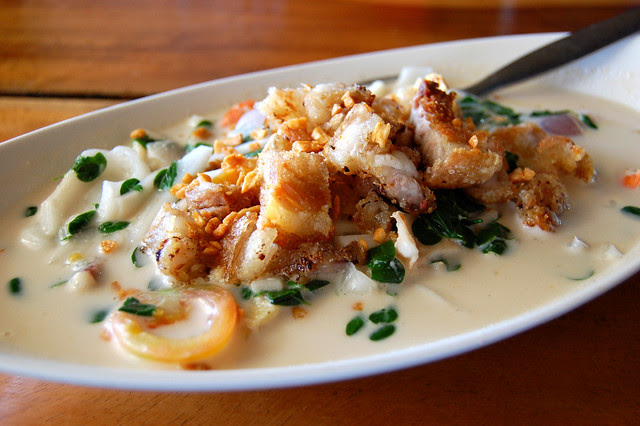 My order took forever to arrive even when I was the first one to order. I could only imagine how long it will take them to cook when they're swamped. Thankfully I wasn't really hungry.

The dish was a medley of fish cubes, squid and shrimp in a sea of coconut milk, strips of coconut and malunggay topped with crispy pork slices. For less than Php 200, it was a good dish. I couldn't put a finger on it but I felt it lacked something in flavor. But overall, I liked it.

Nevertheless, I think Lab-as is a place worth trying in Dumaguete although I'm also curious about its next-door neighbor Hayahay, which also means fresh but in the context of referring to, say, fresh air. I've read that both restaurants are under the same management. 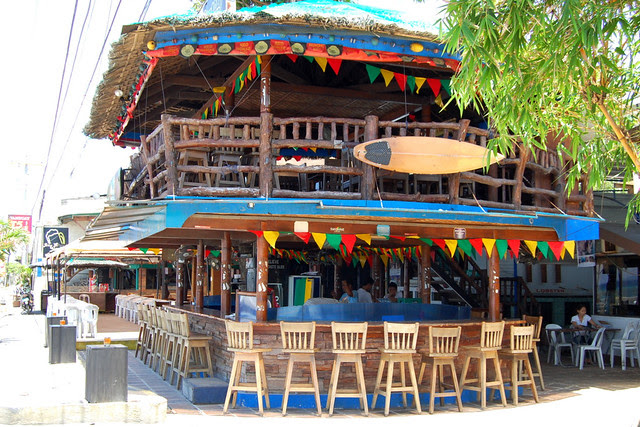 The fiesta atmosphere of Hayahay.

Lab-as is located along Flores Street in Dumaguete City. Any tricycle can take you there or you may opt to hop on a Ceres bus and get off in front of the restaurant.
dumaguete dumaguete express lab-as lifestyle restaurant seafood travel