June 03, 2012
I've been seeing this restaurant along Perea Street in Makati for some time now but I've never actually got to go inside until last Friday. We were supposed to have dinner someplace else but finding a parking spot on a rainy Friday night led me to almost exactly across Balkan Yugoslavian Home Cooking. As we were working our way to our original destination, we stopped right in front of Balkan and thought of trying it instead after buying some cupcakes and bread.

The place was warmly-lit, with wooden floors, tables and chairs. The cushions and table runners were, as My Bibe put it, "communist red." From the walls hung several photos of communist-era USSR (of which Yugoslavia was part), including some of their Olympic basketball team when they won the gold in Munich, Germany in 1972. 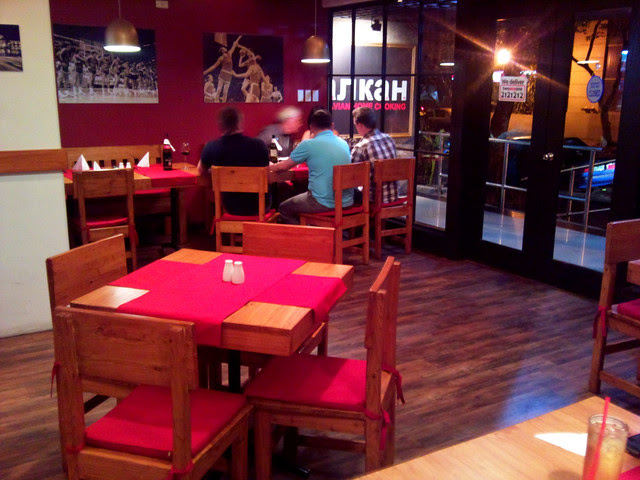 Blown-up photos of the Russian Olympic basketball team in Munich, 1972 in the background.

I've read that the place is owned by a former De La Salle Green Archer (Marko Batricevic) and it's actually his second restaurant already, the first being in San Juan (Balkan Express). It seems that the Serbian is proving to be quite the entrepreneur. 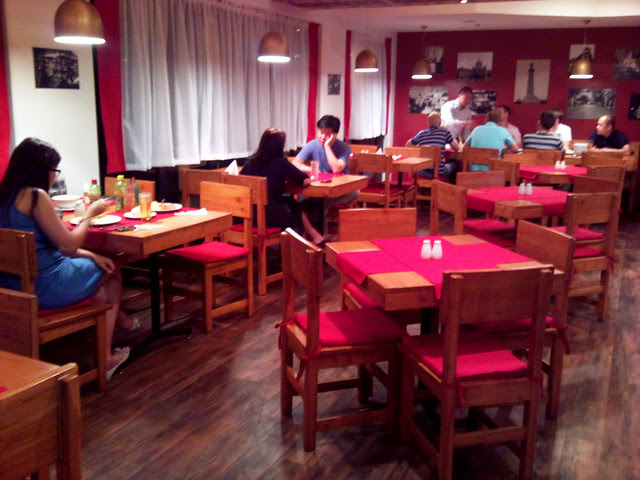 The menu was short, which was a relief because I don't necessarily enjoy going through a really extensive menu I'm not familiar with. The food was affordable and, as we discovered later, the portions were huge. Other than deciding on goulash (Php 250, can be split for sharing) for starters, we had help from the waitress with our other dishes. I didn't have a camera along, so I had to settle for my camera phone.

I tried their Piletina u Sacu (baked chicken) upon our waitress's suggestion since, according to her, they don't make it often. The chicken came with boiled potato wedges and some cabbage strips in vinegar and pepper. The chicken was tasty and rich, which was balanced by the palate-cleansing effect of the cabbage. 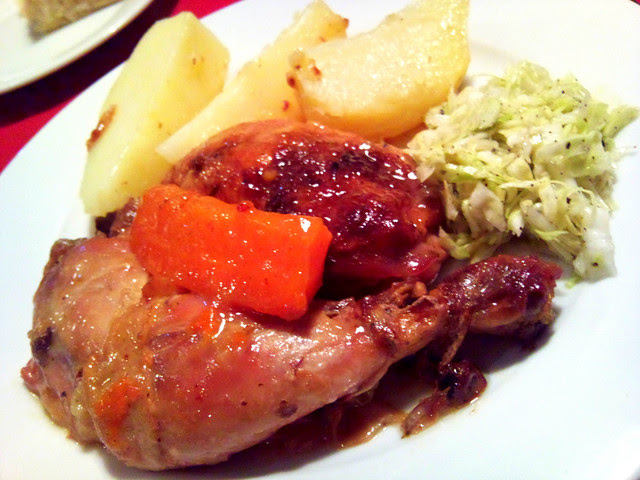 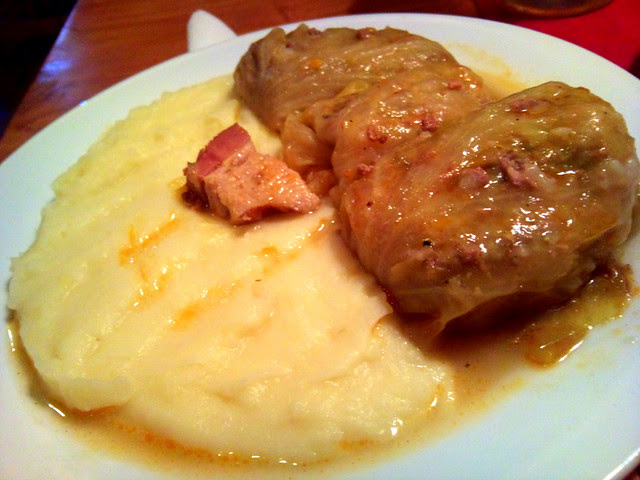 For dessert we shared an order of Palacinke, traditional Serbian pancakes with Nutella. Yummy! 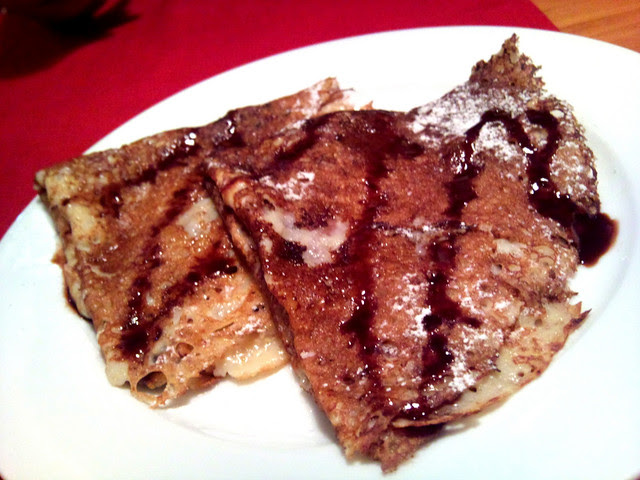 We were pleased with both the food and the service. And being the creatures of habit that My Bibe and I are, it looks like we just found ourselves a new place to frequent. Next time I'm bringing a real camera, though.