The waiver dare 'waived' off: Something to hide?

June 01, 2012
Only a few so far have taken the challenge that Renato Corona posed just prior to his ouster as chief justice. In a country ruled by -- I daresay -- a corrupt government, I am not surprised that only a handful have signed the waiver over their right to secrecy of their bank accounts and other properties.

As Corona's accusers taunted him over why he was afraid to disclose his dollar deposits if there was nothing to hide, now the tables have turned. The impeached chief justice waived his right to secrecy and challenged his accusers of doing the same. Senator Franklin Drilon did not want to fall into a trap, he said. Lead Prosecutor Niel Tupas dismissed it as a tactic to divert attention away from the real issue. Others chimed in, saying it was Corona who was on trial and not them. 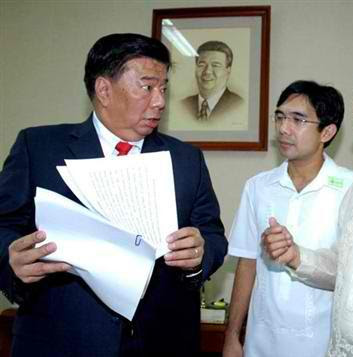 However, now that Corona was found guilty by the Impeachment Court, why are they still not signing? Does Drilon still regard it as a trap when Corona was already convicted? Does Tupas still think of it as a ploy to divert the issue when that issue was already resolved three days ago? Do the others still stand by their dubious excuse that they are not the ones on trial? Is Drilon suddenly afraid that he left out some assets in his SALN, or that he did not pay the appropriate taxes for some transaction? Did Tupas suddenly realize that his purported 50 million-peso mansion under construction could not possibly be explained by the salary he earns as a congressman? Without anyone actually looking into their SALNs, bank accounts, property records and tax returns, I could only wonder.

Quite frustratingly enough, even the President himself has ditched his campaign promise to open up his accounts to the public. Even if I loathe him for his incompetence and dumb arrogance, I never suspected Noynoy Aquino of graft and corruption. However, with such a questionable move, I cannot help but wonder why. Does he actually have something to hide after all? Some of his critics even allege he has not filed his SALN for 2008. If true, and if non-declaration of assets in the Chief Justice's SALN is an impeachable offense, what does failure to actually file a SALN amount to, of the President no less? 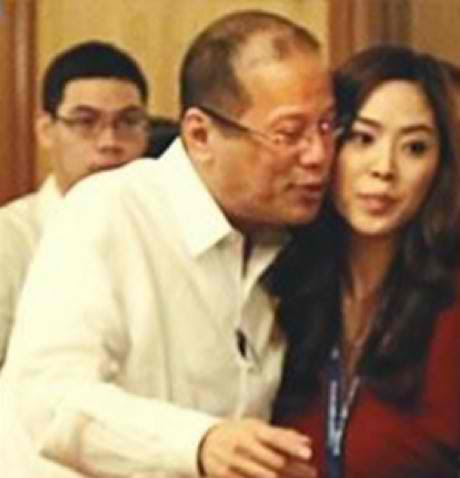 Interestingly, his "friend" Grace Lee has called out all politicians on Twitter to sign the waiver since the impeachment is over. She even went as far as volunteering to personally deliver copies of the waiver to them. Even if the President does not have a Twitter account, of course he heard about this, what with his legion of "Mac Boys" in Malacañang. Nonetheless, Aquino did not sign. I take it that either Lee has not yet delivered a copy to the Palace or that she has already been barred from entering the premises altogether.

The waiver is no longer necessary, according to some, because the SALN itself is already a waiver. Fine, but why is it so difficult to get copies of SALNs? Even some media outlets can attest to that. I really do not follow this government's "call for transparency" when the Filipino people are given several excuses for not making officials's SALNs and bank, property and tax records public. They say opening up these records to the public may expose officials to kidnapping and other lawless elements. It is a pathetic excuse because they have bodyguards, private armies even. Besides, how can transparency be achieved when no one sees what these public officials have declared they have as against what they actually have?

Much like how the Bureau of Internal Revenue audits income tax returns, I wonder if the Office of the Ombudsman, the Commission on Audit, or any other government agency actually looks into all the SALNs filed by government officials, or if such is done at random, or selectively to target political enemies of whoever is in power.

I do understand the magnanimity of this task -- assuming there is such a task -- but from an audit standpoint, I believe this is not entirely implausible. Random-sampling in this case will not do because imagine the outcries of those that have been selected for audit! Everything, therefore, must be reviewed. Whoever is tasked to perform the audit can map everything out across a year or any other predetermined period so that each and every SALN is covered. Prioritization in accordance with an official's rank is likewise suggested in determining the extent and frequency of the review.  For utmost independence, this can even be outsourced to private auditing firms. The question is, is the government willing to spend for transparency? Better yet, is the government really serious in its supposed crackdown on graft and corruption to uphold transparency and restore public trust?

I think not. I hope I am proven wrong, though.
corona impeachment noynoy aquino random SALN waiver