July 08, 2012
My Bibe and I watched Abraham Lincoln: Vampire Hunter last night. I went to the cinema with nary an expectation other than the twisted premise of America's 16th president living a secret life as a hunter of the undead cool (I still wasn't eager to watch Spider-man).

Produced by the eccentric Tim Burton, Vampire Hunter is directed by Timur Bekmambetov, he who tried to make us believe in curving bullets in Wanted. I haven't read Seth Grahame-Smith's novel, so I just went with the flow. 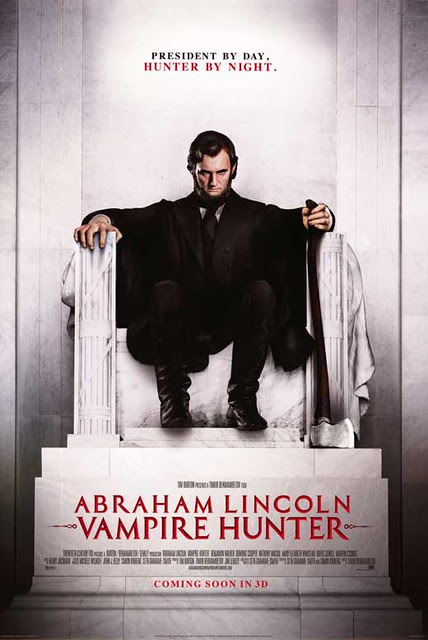 The film to me is a great balance of visuals, action sequences and sound. I wouldn't call it a horror movie but this triple combination scared My Bibe a few times. It was graphic novel-ish in terms of treatment, and I'm not complaining. Though some may regard all those vampire-killing sequences as overly choreographed -- especially since a lot of them are in slo-mo -- they're cool to watch. That scene where Abe was chasing a vampire amid a hundred stampeding horses was definitely over-the-top but then again, cool. Overall, the effects were pretty decent save for those instances when it looked a bit too cartoonish, like those Civil War battlefield scenes.


Benjamin Walker (I have no idea who he was) won me over as Abe Lincoln. He captured that lanky, ordinary-looking young lad perfectly. He also looked deceivingly innocent and mild-mannered, and did justice just the same when the overly choreographed fight sequences called for him. My, he can be a convincing axe-wielding madman for all I care. Walker also had a terrific "speech voice," which was on full display when Lincoln delivered The Gettysburg Address. 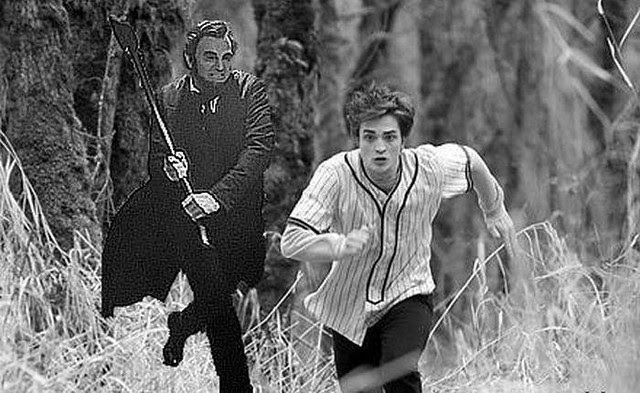 Run, Edward, run! It's the President coming after you.

I enjoyed Vampire Hunter's fast pace, at least in the first half. By the time Abe became president, everything slowed down but thankfully, it picked up again right towards the end. That climactic train sequence with the burning bridge was just awesome. I also loved how the film was able to flip through several time frames with ease. It was very fluid.

The supporting cast was generally good, some of whom were merely serviceable in their performances. The makeup department did fine with turning Walker into the fifty year-old Lincoln but failed with some of the other cast members, the first lady included (And why did his African-American friend still look young?).

Overall, Abraham Lincoln: Vampire Hunter was one enjoyable ride at the cinema. The premise is indeed ridiculous but hey, it's fiction, and it entertains. It's a kick-ass movie, and for that alone, it's a recommended attraction.

Oh how I wish we'd had a president that kicks ass like him, unlike the one our country (the Philippines) is still stuck with for the next four years who can't even walk straight for crying out loud.
abraham lincoln vampire hunter film review lifestyle movies