July 25, 2012
I first saw this photo spreading on Facebook of Carey Rottman, one of the victims of last week's Colorado movie theater shooting, with the Batman himself, Christian Bale. 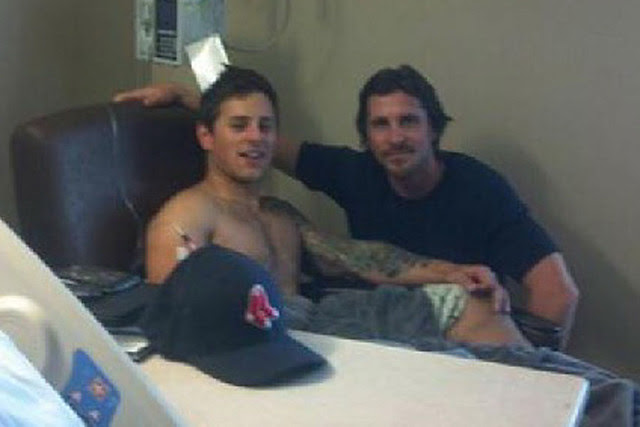 Rottman (left) with Bale at a Colorado hospital.

No, he did not come as Batman, nor as Bruce Wayne. He was just in jeans and a blue t-shirt. In fact, Warner Bros. even released a statement saying that Bale was there as himself and not as a representative of the studio that released Christopher Nolan's reboot of the Batman trilogy. All the more I'm happy with his kind gesture.

According to reports, it was unclear when Bale arrived in Colorado. Nevertheless, I believe it was unannounced. Even hospital staff seemed pleased to see the actor there. 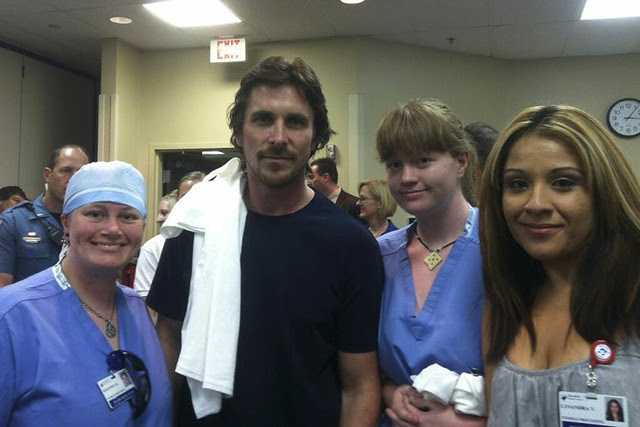 Bale with hospital staff at the Swedish Medical Center in Colorado.

From the photos online, it also looked like the actor also visited the graves of those who were killed in the shooting. [Update: As noted by 'Anonymous' below, this aren't graves after all but a memorial set up across the street.] 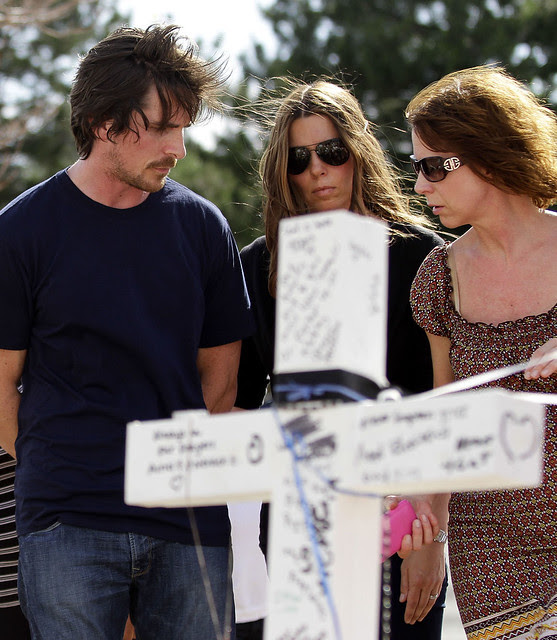 Bale, with his wife, visiting the graves of memorial set up for the victims of last week's shooting. Is that his wife with him?

This whole upsetting tragedy is, by no means, Bale's fault, or of anyone from The Dark Knight Rises for that matter. It's definitely upsetting and there's no one to blame but that nutcase James Holmes. For all I care, I believe he shouldn't be held in prison any longer but be sentenced the soonest. I mean, what proof do you need? His punishment must be more severe, as TDKR's Bane would put it. People like him don't deserve to be living amongst the rest of the populace.