July 07, 2012
It's already become such a cliché that dogs are often regarded as man's best friend. Unfortunately, this doesn't ring true in so many cases, like in this article I read yesterday on The Huffington Post that left me in near-tears (I was fighting it) and with a heavy heart. This puppy below? Cute, you might think, especially with the way he sits, how his ears are perked up, and how he looks adorably into the camera. You can't help but fawn over. 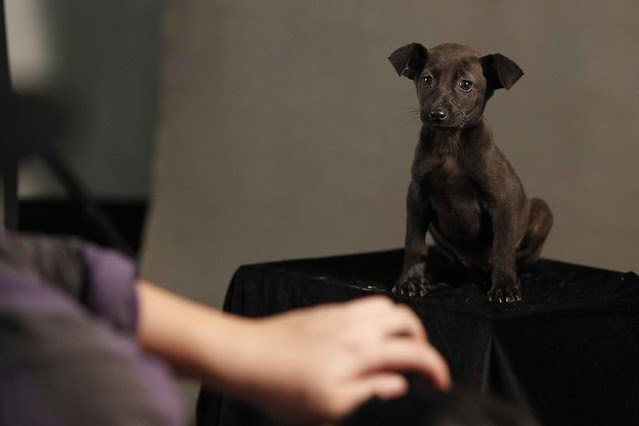 But this pup isn't simply here for some fancy photo shoot. Little does he know that after the photographer is done, he'll be whisked away by vets to be put down. Put to sleep. Permanently. Via lethal injection.

But why, you might think. This puppy is just one of countless others in several shelters across Taiwan that have no owner and are never getting one. He's a stray, abandoned perhaps by humans whose enthusiasm over owning a pet may have simply faded away. And his imminent death is but one of around 80,000 that are estimated by Taiwanese authorities to be carried out this year alone.

It is both sad and alarming, and it's something Taiwanese photographer Tou Chih-kang aims to raise awareness about. For two years now, he's been visiting the Taoyuan Animal Shelter to record the last moments of such dogs, where he's photographed some 400 of them already. He admits the work is distressing but says he's trying to spread a message of responsibility. Dogs aren't things that you can just dispose of when you're done with them.

While I gush at Seth Casteel's "Underwater Dogs," Tou's work obviously takes on a more somber note. And getting glimpses at what goes on behind his portraits -- how he calms them before the shoot, how he sets them up for the shoot, how seemingly enthusiastic the dogs are, then seeing what happens after the photo session -- is just downright heartbreaking. See for yourself... 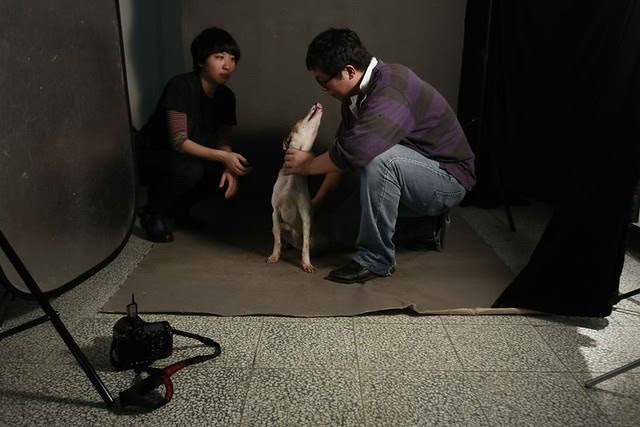 Tou calming an excited dog prior to his shoot. You can see just how hungry this dog is for affection. 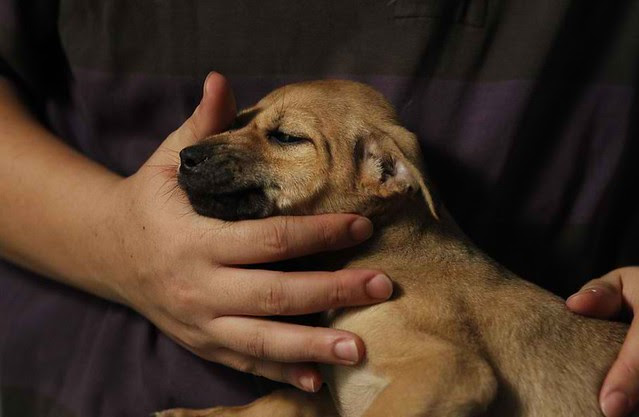 It's like saying to this pup, everything's gonna be alright, when clearly it won't. 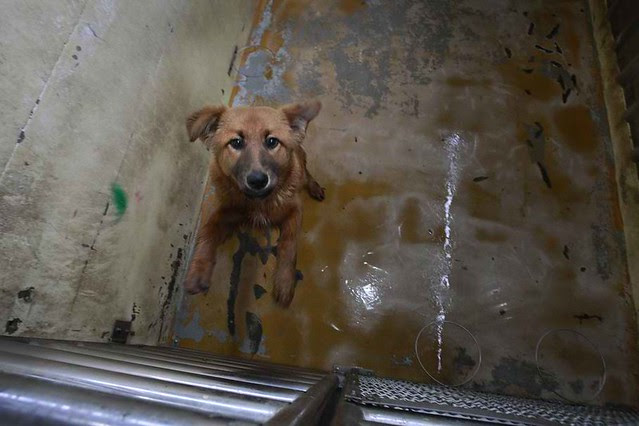 It's just painful to look at how enthusiastic this dog is, desperate for attention. How could anyone abandon such a lively dog? 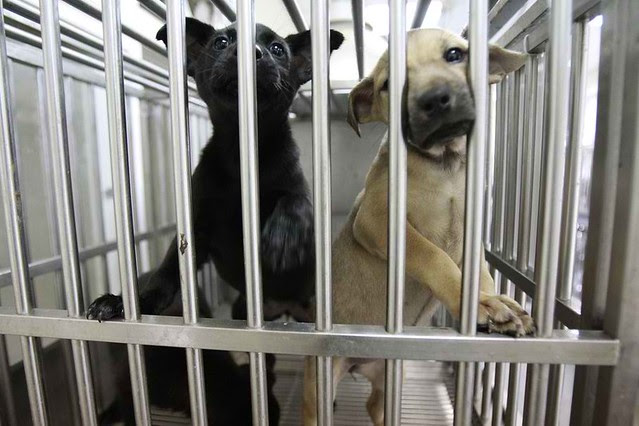 Hearts melt at puppy-dog eyes. But no, not in all cases obviously. 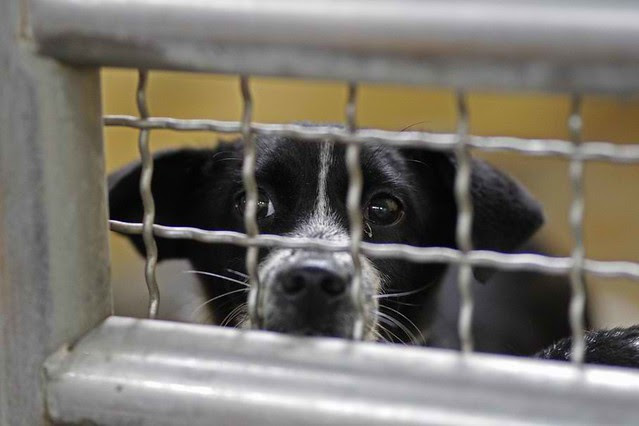 This dog's prospects are dim. Soon, he'll be gone. And sadly, he doesn't have a choice. 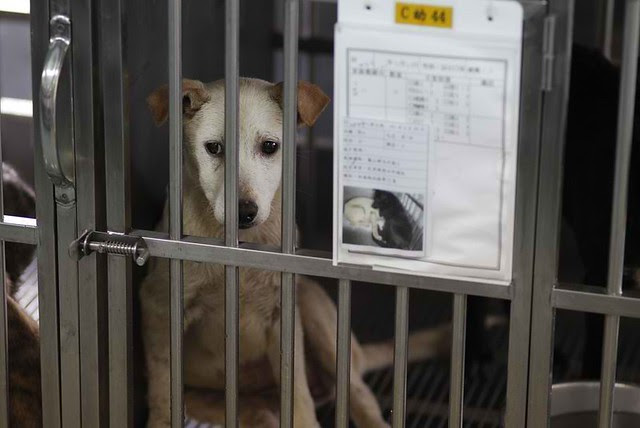 Locked up and lonely, waiting for 'his time.' 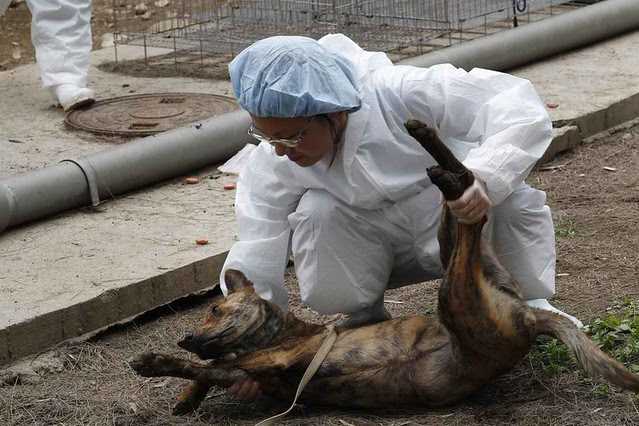 This dog was tranquilized before he was brought to an indoor facility for lethal injection. 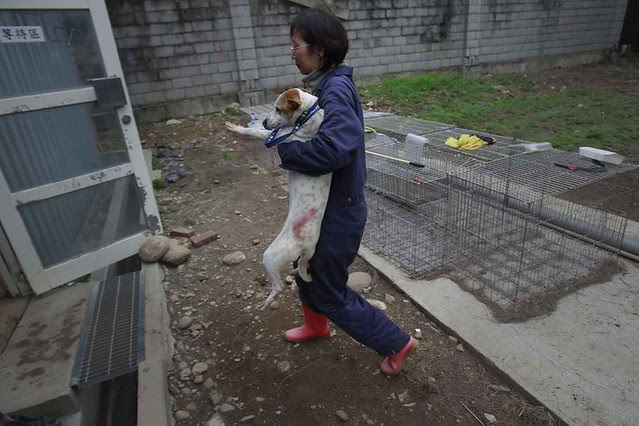 This poor dog is being brought to a room where he'll be put down by lethal injection. 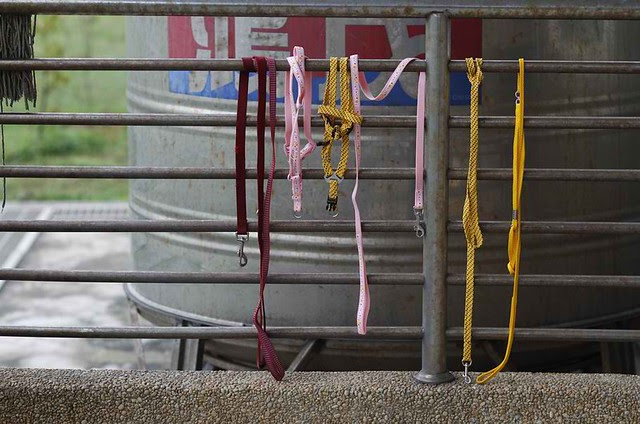 Leashes of those who have fallen eerily hang by a fence.

The resulting portraits are hauntingly humanlike, at least in terms of how the dogs are propped up to convey a sense of dignity, much like how human portraits were rendered back in the day. A selection of his photographs will be exhibited in what would be Tou's first full-scale show this August at the Fine Arts Museum in Kaohsiung. He also has some of them on display at the Taoyuan city hall in a bid to raise awareness of the responsibilities pet ownership entails. Tou started this project because he says the plight of these dogs have largely been ignored by Taiwanese media. 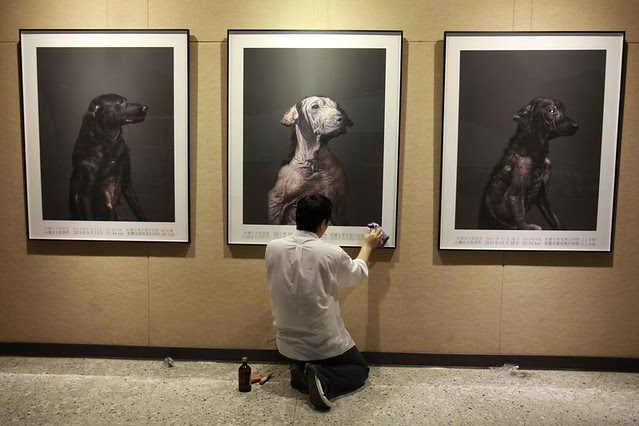 Quite the unconventional dog portraits here. Tou props them up to bestow some dignity supposedly at par with humans. 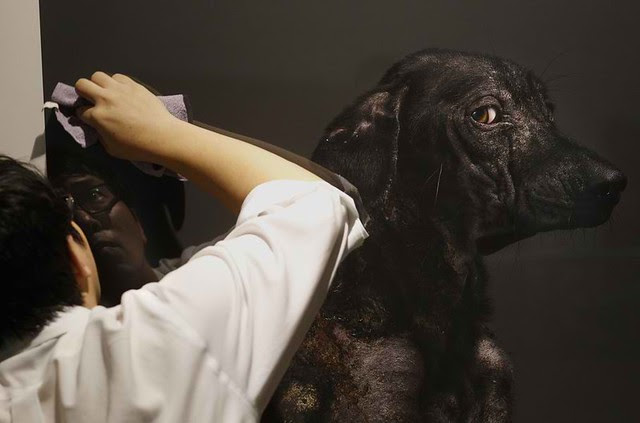 Tou's work also had me thinking since I know absolutely nothing about animal shelters here in the Philippines. I know organizations like CARA are doing a lot for animal welfare but I have no idea about local government-run shelters, where, judging by how Filipinos in general treat dogs and cats, the situation could be much, much worse. Gassing strays to death because lethal injection is too costly for the government? Imagine that.

So I do hope that people everywhere would really think hard before getting a dog or a cat because owning a pet entails a great deal of commitment and responsibility. They're not toys; they're creatures, too, just like us.