The Dark Knight Rises: A fitting end to the Caped Crusader's tale

July 20, 2012
Set eight years after the events of The Dark Knight, Christopher Nolan's Batman trilogy comes full circle with The Dark Knight Rises. As has been said, it's peacetime. Gotham's crime rate is at an all time low and everything seems alright. However, it all but seems like a lull between the storm because a carefully-orchestrated grand plan to bring the city down has been brewing all along.

Meanwhile, Bruce Wayne (Christian Bale) has been reduced to a cane-toting, bearded recluse, languishing in sorrow inside his now-rebuilt mansion, Wayne Manor. His co-conspirator in the cover-up surrounding Harvey Dent's death, Commissioner Gordon (Gary Oldman), has likewise not been the happiest either.

Then the arrival of Selena Kyle (Anne Hathaway), who's been referred to in the film as a cat burglar but never as 'Catwoman,' suddenly pulls Wayne out of his hermit life. Soon enough, everyone else in Gotham is jolted by the brazen -- and very public -- terrorist machinations of Bane (Tom Hardy). Gotham is plunged into chaos. Batman is back. 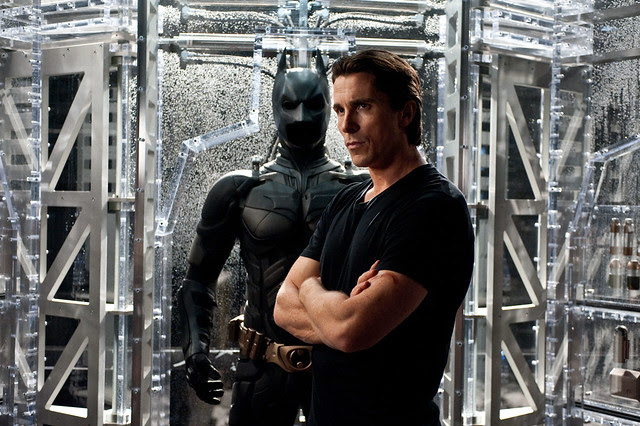 Nolan did yet another fantastic job in this film. The story ties everything together from the first two films (especially the first one) perfectly into this epic conclusion. That opening sequence alone (parts of which you've already seen from the trailers) featuring Bane and his cohorts in a midair kidnapping act was just spectacular and raw at the same time, especially knowing that there was very limited CGI involved. Moreover, throughout its two hours and forty-five minutes there was always this heightened suspense permeating the film.

The cast was, as expected, good. Bale has always been perfect but I loved it that I felt more of him here, especially when he's not wearing the cowl, like, whenever he was in pain, I felt it. Props to Hathaway as well, who delivered a tough and conflicted Selena Kyle perfectly. I've never thought much of her as a serious actress but with her performance in this film, I daresay that she is the best Catwoman ever. Much like how the late Heath Ledger made Jack Nicholson's Joker look like a joke, Hathaway made Michelle Pfeiffer's take on the character look like a caricature. 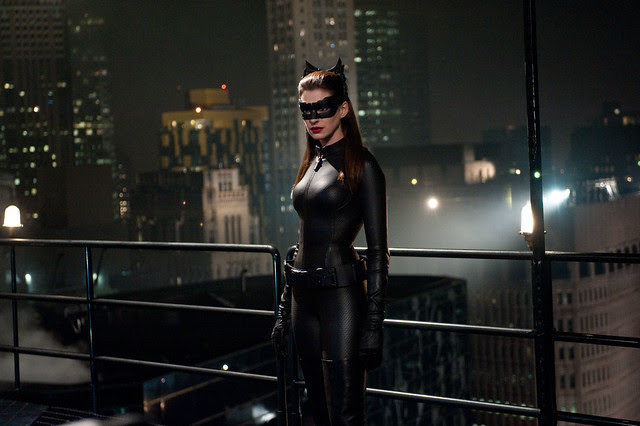 After Ledger claimed The Joker as his own, there was much anticipation as to how Hardy would play Bane, best known in the comic books for breaking Batman's spine and confining him to a wheel chair. But if that will happen in TDKR, I won't tell. Suffice it to say Hardy was a very terrifying Bane. Nolan was not kidding in saying how amazing Hardy is even behind a mask, with only his eyes, his brute physicality, and his voice to act with. And oh, that voice! Every time he delivered his monologue, I felt like clapping. He delivered his lines with ironic eloquence and to such powerful, chilling effect. And oh, don't forget Marion Cotillard as Miranda Tate. You'd never guess how good she is here. 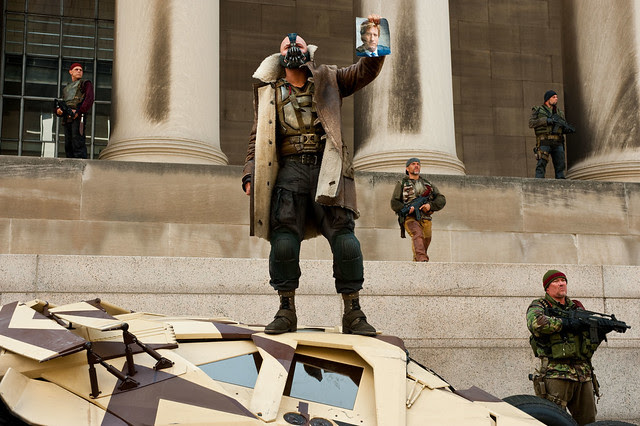 Tom Hardy as Bane in TDKR. This was during one of his applause-worth speeches.

Musical scoring does play an important part in any film, setting the mood for a scene and all that, and as with the first two movies, I loved the scoring in this one. But what's even more noteworthy were those moments when they chose not to pipe in anything at all, like in one crucial fight scene between Batman and Bane, effectively rendering the sequence raw, gut-wrenching, and much more compelling to watch. Talk about the right balance.

Nolan may be known for trying to keep things in the Batman world as realistic as possible but TDKR doesn't come without its flaws, like where'd the _____ go, is it possible to _____ like that after _____ your _____, or how'd he get from here to there -- stuff like that. But in the grand scheme of things, everything is just washed away by the film's sheer epic scale and by its overall, still-superior, cinematic brilliance, with nary a hint of CGI.

TDKR's plot is never simple, and is therefore not for simplistic minds. Please, save yourself some dignity and don't even start comparing this film to The Avengers, which was nothing but one great joyride. TDKR is a far more superior film -- worthy of an Oscar even -- with a lot of twists and surprises in every turn, and right up to the very end. So do watch each character closely.

So will Batman die in the movie? Is there really a Robin in TDKR? Is someone else wearing the cape and cowl? Does Hathaway purr like Pfeiffer did? Will The Joker make an appearance? JUST GO WATCH THE MOVIE and find the answers yourselves. But hey, if you haven't watched the first two films and have to pick just one before catching TDKR, watch Batman Begins. 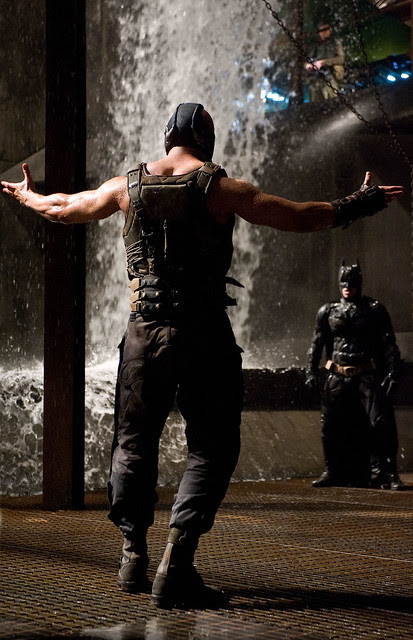 So who comes on top, Batman or Bane?

That all said, isn't it already obvious that I highly recommend watching The Dark Knight Rises -- more so multiple times (which I intend to do)? Go!

By the way, how does Bane eat?