August 12, 2012
So there's much hype -- at least among Filipino people -- surrounding The Bourne Legacy, the fourth installment in the highly successful Bourne franchise. Well, that excitement obviously stems from the fact that a good chunk of the film was shot here in the Philippines, which is hardly a preferred shooting location for a Hollywood film. But how was the movie without the titular character played by Matt Damon? 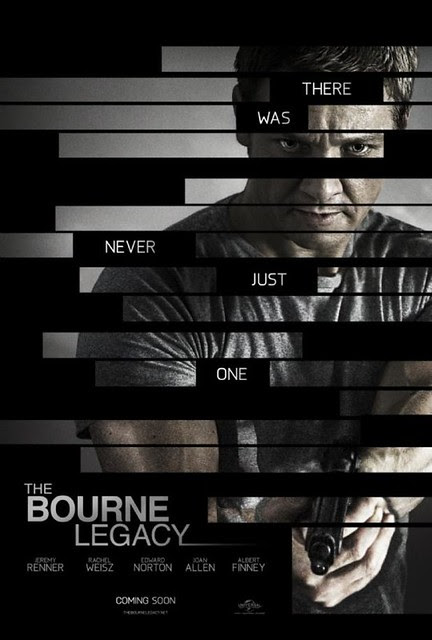 After Damon bailed out on a fourth Bourne movie, they brought in Jeremy Renner. It's no secret, however, that he does not play Jason Bourne but Aaron Cross, obviously a totally different character. Cross is an Outcome agent, one who's enhanced physically and mentally but who has to keep his regular dose of blue and green pills to stay this way. Unlike Bourne, he does not have amnesia.

Meanwhile, efforts are underway to terminate all Outcome agents following Bourne's going public about the Treadstone and Blackbriar programs. Suffice it to say that these are but two clandestine U.S. government programs that they're trying to bring down.

And bringing down these programs also meant bringing down presumably all people who have some knowledge about it, including Dr. Marta Shearing (Rachel Weisz), who was the sole survivor in a massacre at her lab. Needless to say, she still has to be brought down but Cross arrives just in time to save her.

Cross learns from Shearing that he no longer needs the green pill because he has already been "viraled-off," which means that his physical enhancements are already permanent. He still needs the blue pill, though. So the two fly to Manila (Geez, the collective excitement was palpable inside the theater at the mere mention of the place!) where Cross's blood works are kept so Shearing can try to viral him off for his mental enhancements to be permanent.

An extended chase sequence follows, and they've also flown in LARX-03 from Bangkok, another Outcome agent but one who's been rid off any empathetic behavior. To cut the story short, the two eventually managed to escape out to sea in a very old boat. Yay! 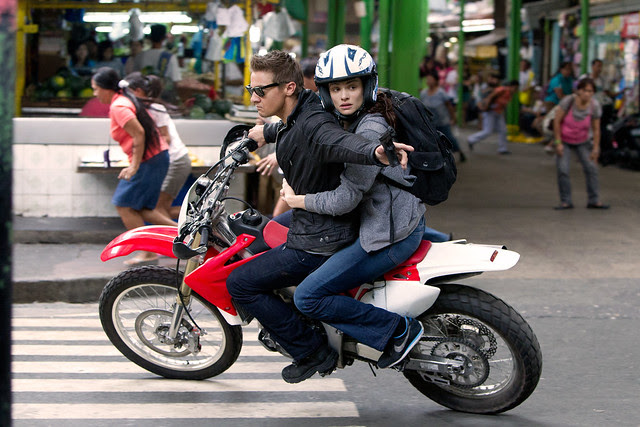 Renner and Weisz in a motorcycle chase sequence in Manila.

That was pretty much it. At the end of the movie, I simply said, "Anyare?" (What happened?). The story was quite shallow, or at least the screenplay was. The movie felt like it ended abruptly and it felt like there wasn't any climax at all. There was way too much chatter and a lot less action than in the previous films. In fact, the only "big" action sequences involved the chase scenes shot in Manila.

Hand-to-hand combats, which were aplenty during Damon's time, were very few here. I was even disappointed that there wasn't any showdown between Cross and LARX-03. And it wasn't even Cross who got rid of LARX-03 but Shearing! And did I mention that there was way too much chatter? It was also becoming annoyingly repetitive.

Renner wasn't really bad but I hardly felt any empathy for his character. Again, I blame the screenplay. Weisz was good, though it definitely was not an Academy Award-winning performance. The rest of the cast were just meh. Again, it must be the screenplay. And the direction, perhaps. And here's more:

- When the U.S. sounded off the alarm to the local police, the latter's response was just laughably exaggerated. In reality, they aren't that quick to respond, let alone successfully locate their targets.

- If Cross and Shearing had really wanted to blend in while the former was recovering from being viraled-off, they should have gone to Rockwell where they could have slept in style (Cross, after all, had a hundred grand in his jacket) and where there would be much less suspicion. The slums of Manila is hardly an ideal place for two Caucasians in hiding.

Overall, The Bourne Legacy is a film you can just skip altogether. It's not even half as engaging as any of the first three Bourne films. Watch The Dark Knight Rises again instead.
entertainment film review lifestyle the bourne legacy