[Throwback Thursday 06.06.2013] Leo Oracion: The Philippine eagle has landed but paid us a visit first 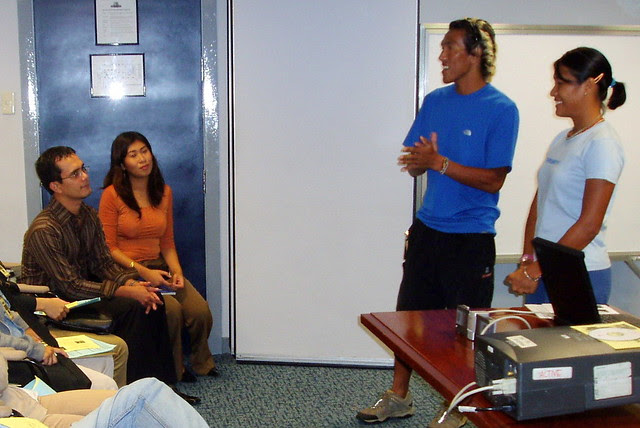 That's me and My Bibe back in 2005, July 12 to be exact. It was the first session of our club's Basic Mountaineering Course for a fresh batch of recruits to join the Smart Mountaineering Club. We've been lucky to have invited Leo Oracion and Janet Belarmino of the First Philippine Mount Everest Expedition (FPMEE) to talk about their many experiences and share some words of mountaineering wisdom in hopes of inspiring our trainees and fellow club members.

Oracion, of course, would later become the first documented Filipino to reach the summit of the tallest mountain in the world while Belarmino would become one of the first Filipinas to achieve the same feat. While Everest has long been conquered by many, at the time it has remained something yet to be achieved by Filipinos who live in a tropical climate with no mountains soaring past 3,000 MASL (meters above sea level). Mt Apo, the country's highest peak, is a few meters shy of that mark at 2,954 MASL. Everest stands at 8,850 MASL. 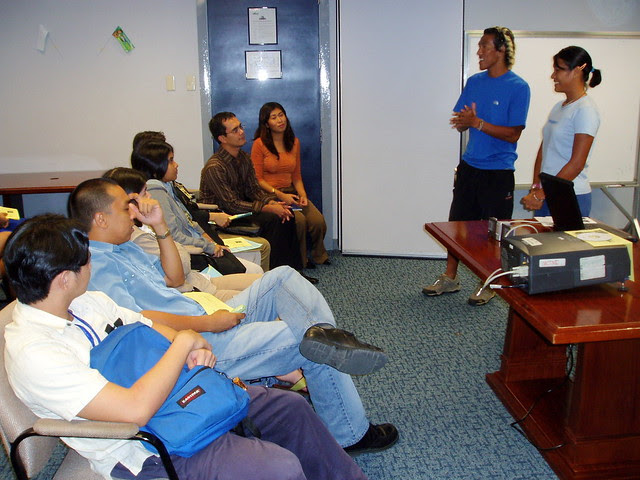 Oracion and Belarmino inspiring a new crop of mountaineers. 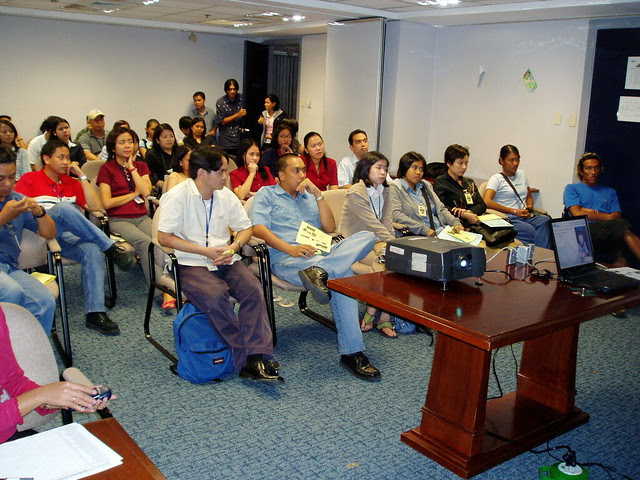 First BMC session for SMC Batch 2. Oracion and Belarmino are on the far right, front row.

Oracion's feat on May 17, 2006 was a hot national news item then. The FPMEE's bid was not supposed to be due until 2007. However, another guy, Romy Garduce, broke away from the FPMEE and launched his own one-man quest, securing his own sponsorship deals including TV coverage from GMA-7 (rival ABS-CBN was covering the FPMEE's activities). This prompted the FPMEE to field Oracion and another member, Erwin "Pastor" Emata, as a "reconnaissance team" to the mountain. Otherwise, all their efforts to become the first Filipinos to conquer Mt Everest would all have gone to waste.

And so it became a "race" to the top that played like a reality show of sorts, fueled by the involvement of rival TV networks. I was rooting for the FPMEE, of course. I just thought it was so selfish of Garduce to try to outbid them for the honor. Thankfully Oracion triumphed and his teammate Emata was runner-up. Garduce, on the other hand, had to settle for third. Ha!
leo oracion mountaineering smart mountaineering club throwback