July 30, 2013
Despite being far from almost everything else in Cebu, staying at The Henry also has its pluses. Of course there's the unconventional design and the generous space of their rooms but then there's also this small commercial strip called Paseo Saturnino where the hotel is located. (Update May 2014: Based on the sign at the gate, it has since been renamed to Paseo Uno.)

Located along Maria Luisa Road in Banilad, this rather unassuming cluster of restaurants, bars, and shops in Banilad is also home to a skin care clinic and a spa. Based on my limited observation, it's the sort of place that attracts the wheeled type of crowd. 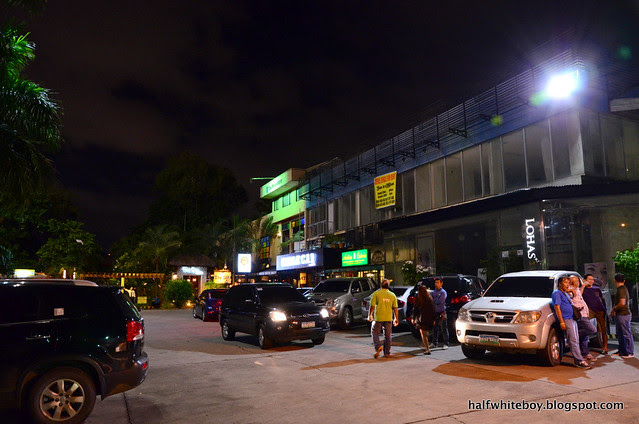 A section of Paseo Saturnino, which is frequented by people with cars.

While Paseo Saturnino Uno may not be a must-visit attraction for tourists, it's simply a nice place where you can drop by if you happen to be somewhere nearby or if you're staying in one of the spacious rooms at The Henry. And so I got to check out a few establishments here, which I'm sharing with you.

Antica Osteria
It's an Italian restaurant with a wood-fired oven at the entrance. Looking around and seeing a group of Italians in one table and someone else who's overseeing the kitchen (one of the owners, I presume), I can say it's an authentic Italian restaurant.

The interiors are nothing grand but the atmosphere is very homey. I mean, what can be homier than shelves of ingredients--flour, canned goods, sauces, spices, wine, and everything else in between--covering the walls? Basically the whole restaurant is their pantry. 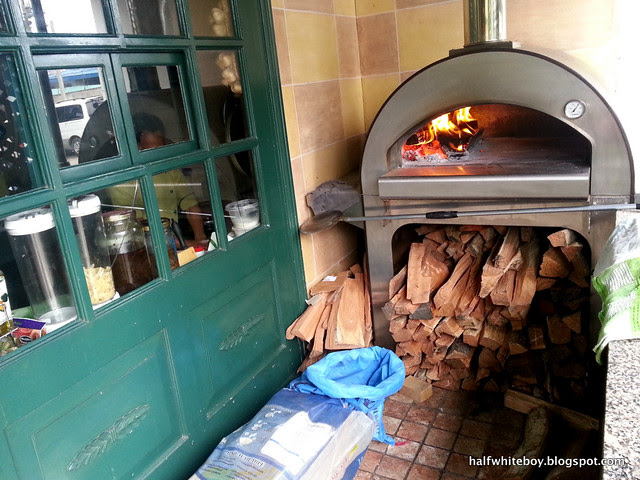 Yes, this is where they cook their pizza. 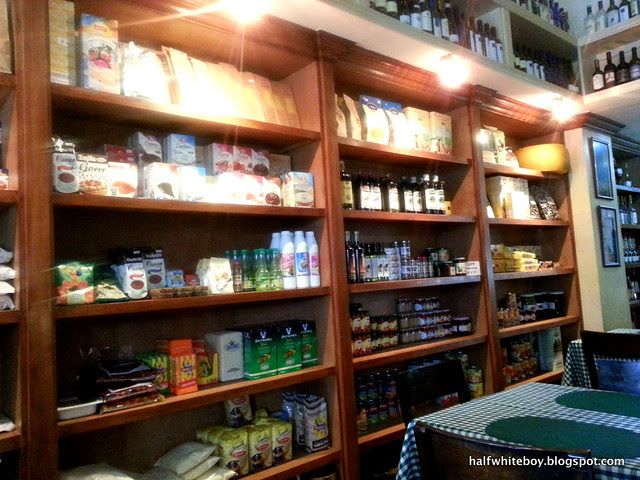 The walls are filled with shelves upon shelves of ingredients.

The food's quite good, too. Their bread's freshly baked and soups that we tried were quite hearty. We also liked the pizza. I don't remember exactly what it was but it had artichokes on them. For dessert we tried their After Eight, which was basically a slice of ice cream cake of dark chocolate and mint. It reminded me of a similar thing at Bellini's in Cubao back in Metro Manila. 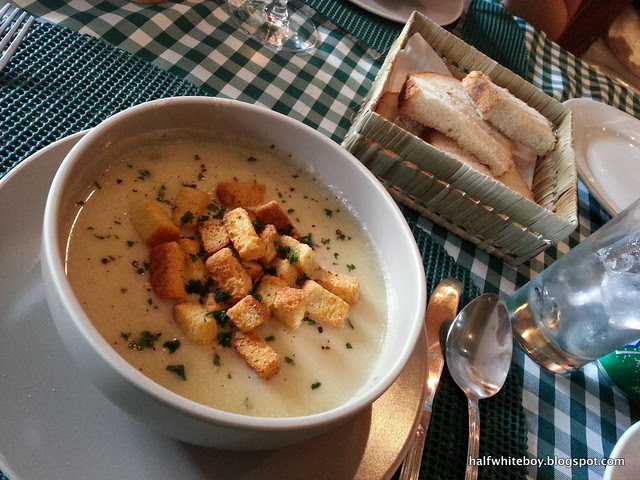 Okay, I forgot what soup was this but suffice it to say that it's good. 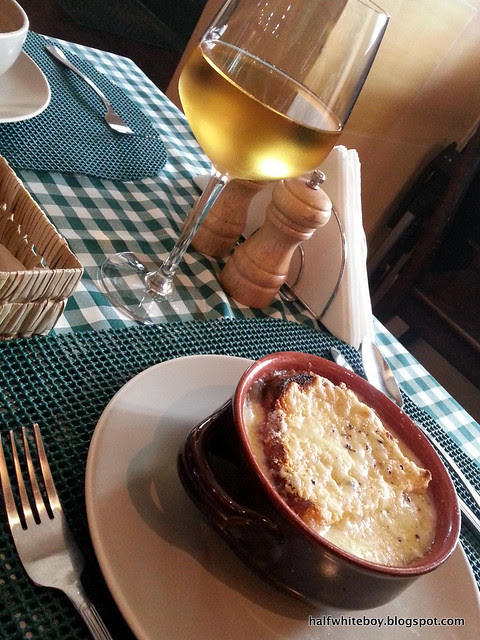 French onion soup. Sadly, the white house wine wasn't much to our liking. 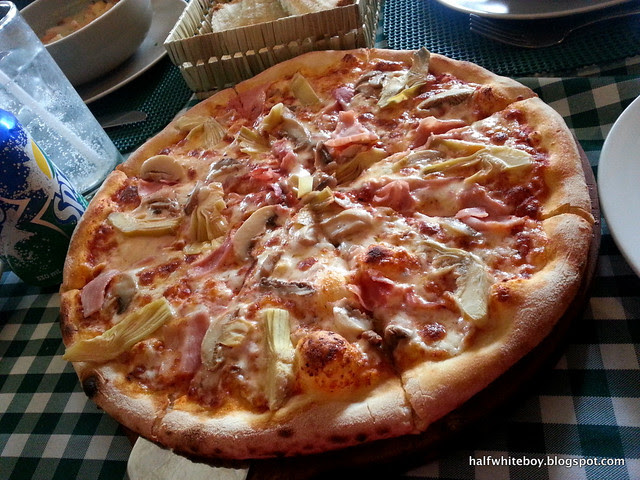 Pizza with some artichokes, all cooked in a wood-fired oven. 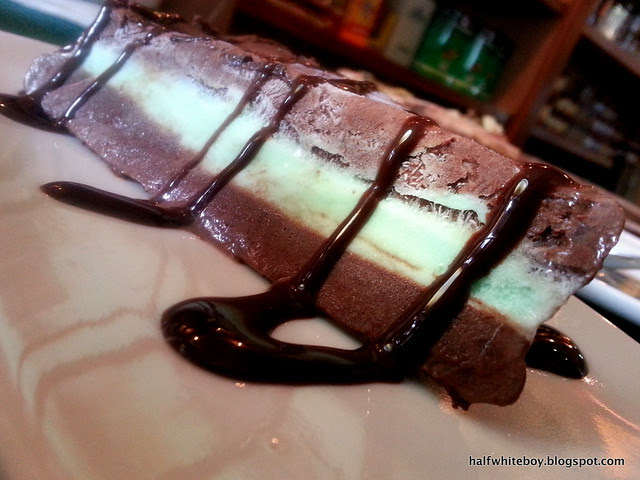 Michel's Deli+Cafe
This one we just chanced upon while walking around on our last night in Cebu. Owned by the family who owns the M Lhuillier chain of pawnshops, Michel's is a lovely mix of several things. Yes, the sign says Delicafe but it's actually more than that. 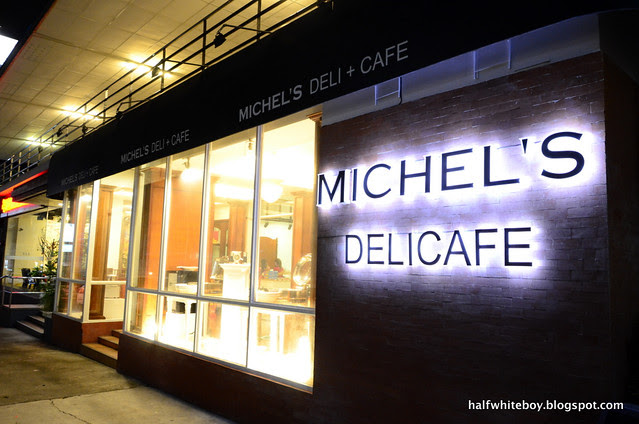 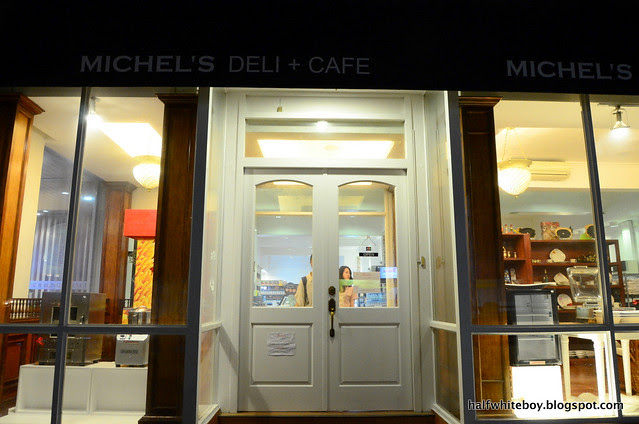 A Martha Stewart-ish feel at the door.

Michel's is not just a deli or a cafe. Inside, there's a whole section of various kitchenware for the homemaker in us. I was actually surprised that M Lhuillier actually has a line of kitchen stuff from silverware to a mixer. They also sell a lot of grocery items imported from Germany and Malaysia, including some stuff that we've never chanced upon back in Manila. And yes, we brought home a few. 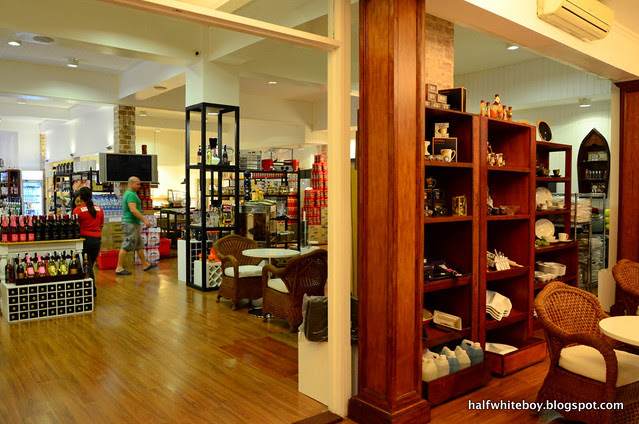 The cafe aspect is made of a few tables and chairs placed amid several kitchenware on display. 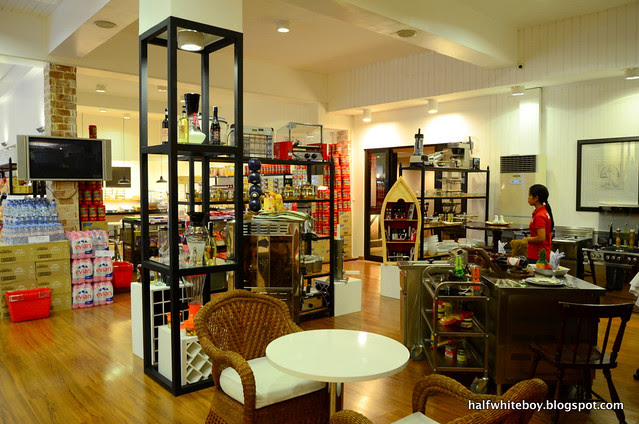 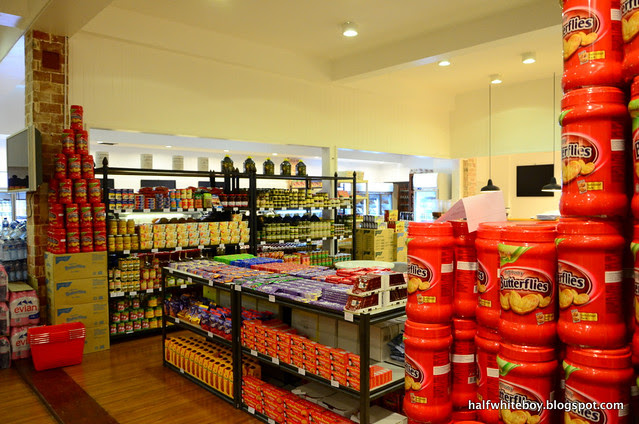 The limit I set on the amount of goods we could buy was only as far as our huge luggage would allow. 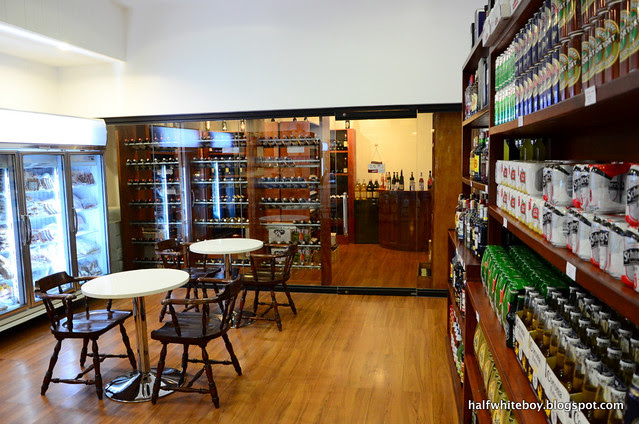 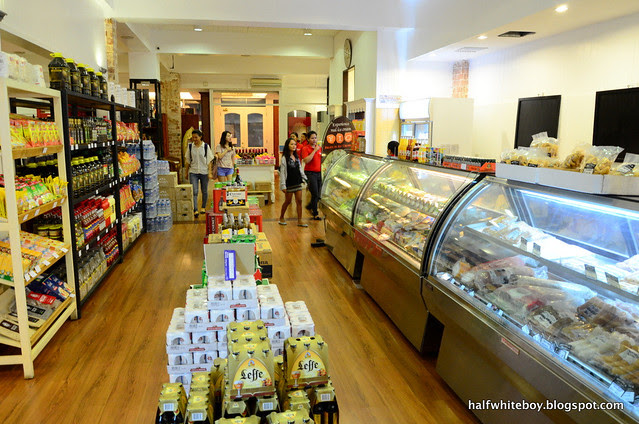 And of course, there's the deli section.

There's also an adjacent resto-bar with a nice, warm ambiance. The furniture was all hardwood, something I do appreciate and which reminded me of the warm interiors of The Peacock Garden in Bohol. Smokers need not worry because there's a special enclosed section for them.

The food was good. I ordered their pork chop with some applesauce gravy and loved it. However, if you're not up to it, you can also order from the pizzeria next door, apparently also owned by the same family. 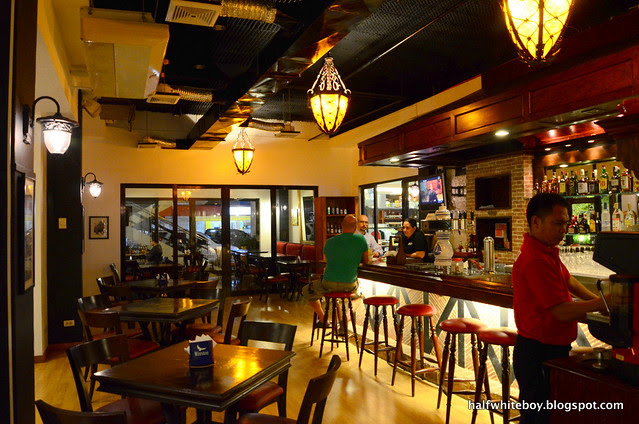 Inside the resto-bar adjacent to Michel's.

Other restaurants
There were also a couple other restaurants in Paseo Saturnino. Though they looked interesting, we just didn't have the luxury of time to try them all. 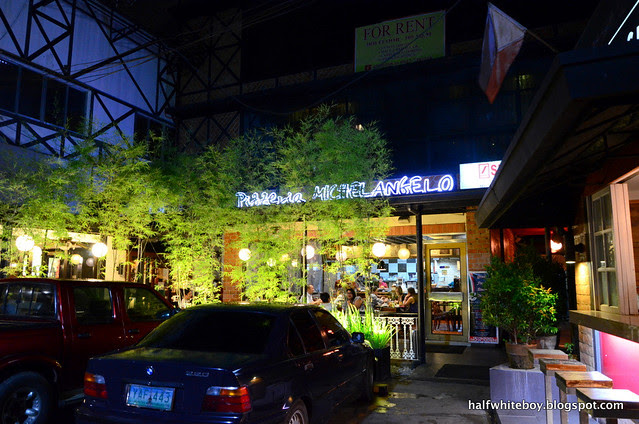 Pizzeria Michelangelo
Presumably owned by the Lhuilliers as well. It sits just next to Michel's. 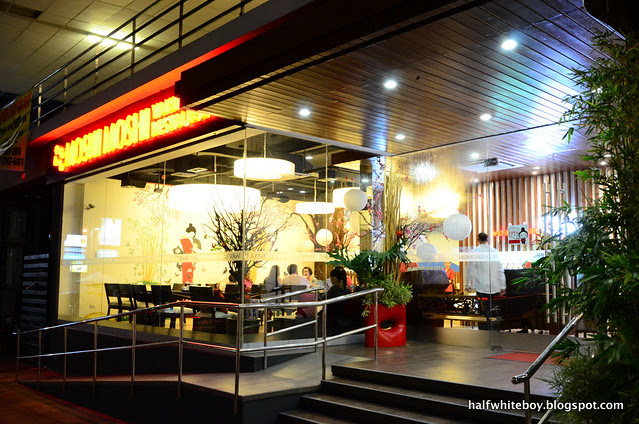 Moshi Moshi Yakiniku Restaurant
Obviously a Japanese restaurant. Maybe next time I'll get to try this one. 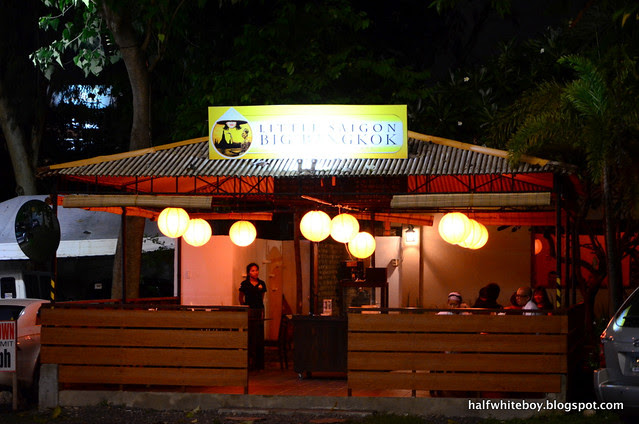 The Spa at Cebu
The Spa at Cebu, I found out later, is a small chain of spas in Cebu City. My Bibe booked a massage and said that the masseuse was really good, that she was well aware of pressure points and which areas to focus on. The place, though, felt a bit dated already. 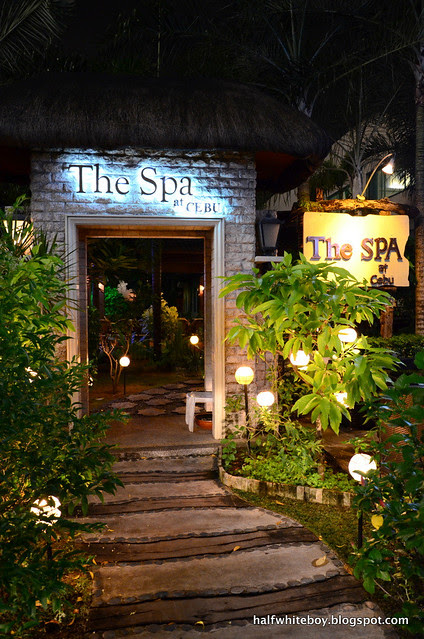 The landscaped entrance to the spa. 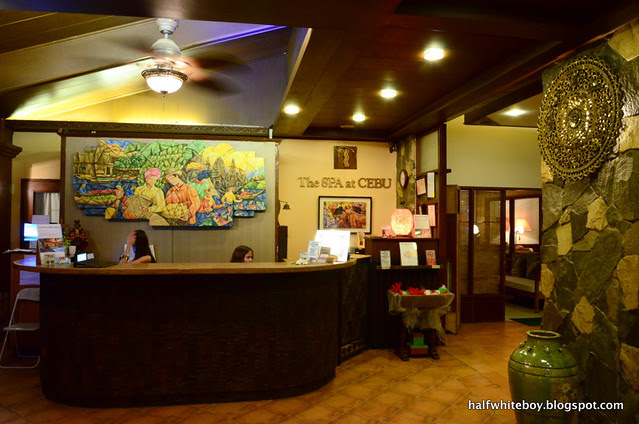 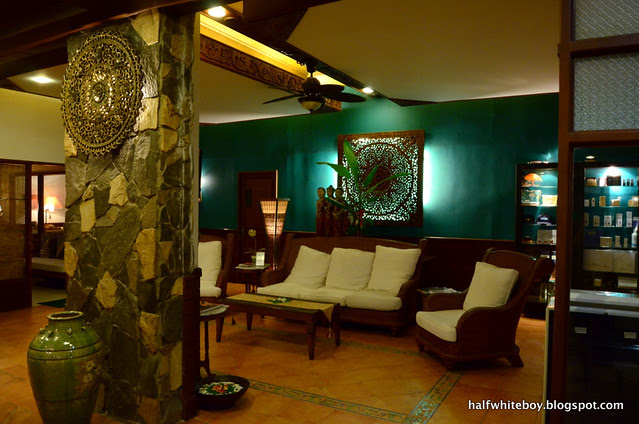 The lounge/waiting area inside the spa. The reception, along with this area, are open-air.

For a menu of available treatments, you can check out thespacebu.com.

Lohas Skin Clinic
Koreans seem to be everywhere in the Philippines nowadays. This skin clinic caters primarily to just that market, and then some. There's also a Lohas salon right outside The Henry, with both Korean and Filipino stylists.

For more info, you can check out Lohas' Facebook page.

**************************
Paseo Saturnino Uno is located along Maria Luisa Road, Banilad, Cebu City. It's very near the highway and if you're coming from Ayala Center, you'll have to make a left turn from Gov. M. Cuenco Ave. under the flyover/overpass.
antica osteria cebu lifestyle michel's delicafe paseo saturnino restaurant the spa at cebu travel