February 13, 2014
Colorful as they are, I never really paid too much attention to Chinese dragon and lion dances. But that changed when I chanced upon a very different one last Saturday at the Newport Mall of Resorts World Manila--a lion dance on stilts! 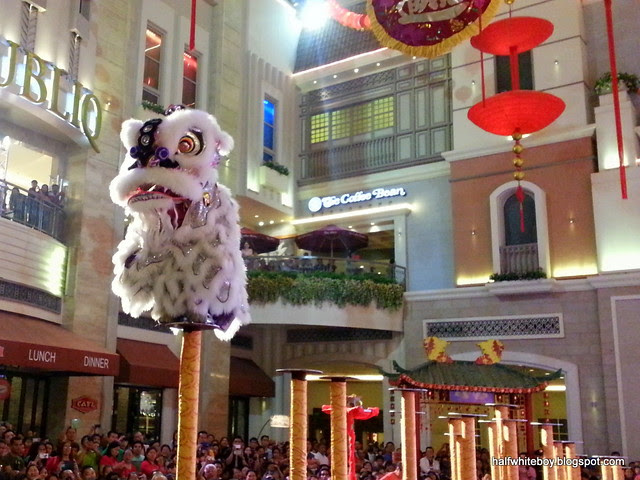 Although not entirely new, these lion dances on stilts, I've just never seen one before. So to watch these Kun Seng Keng kids from Malaysia--who happen to be lion dance world champions, by the way--was pure delight. Resorts World Manila flew them in as part of their Imperial Festival celebrations.

There were two lions (each maneuvered by two persons of course), both of which had their own individual sets before coming together for the finale, spitting out golden chocolate coins at the audience from their mouths. They sure know how to play to an audience, pausing at times and just playing cute. Each lion also mimicked a dog's behavior, shaking its butt, flickering its eyelids, flapping its ears, and panting. It was pure cuteness. 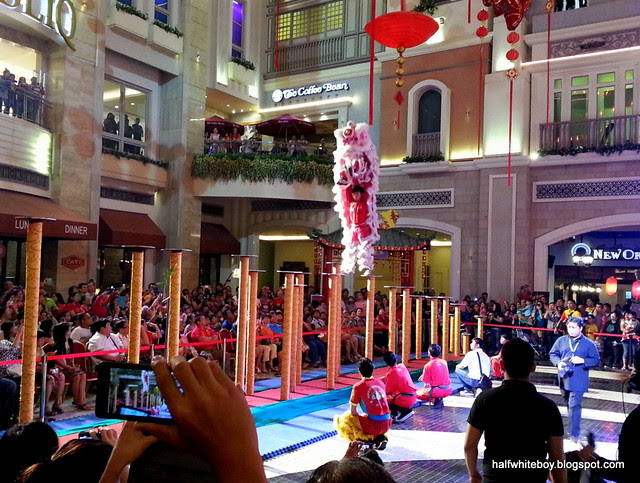 It already takes strength to lift someone else up like that, and then you have to balance both of yourselves on those stilts? 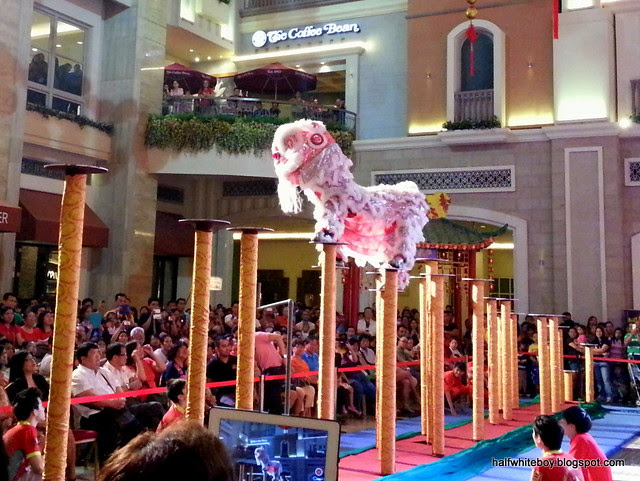 A lion playing to the crowd, wiggling its butt and all. 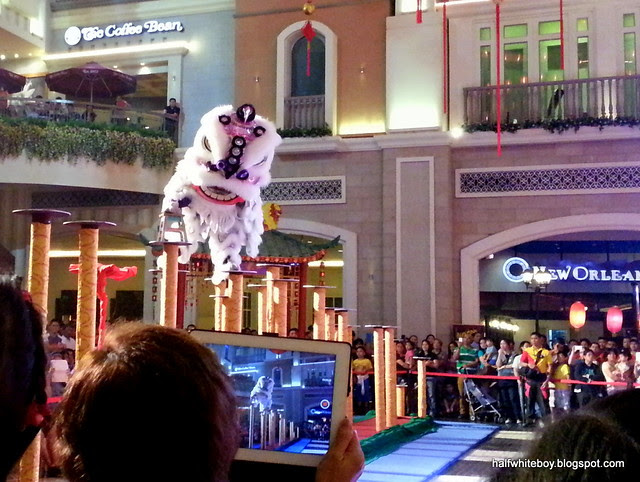 One of the lions also played with a stool, and at one point pretending his foot was stuck in it. 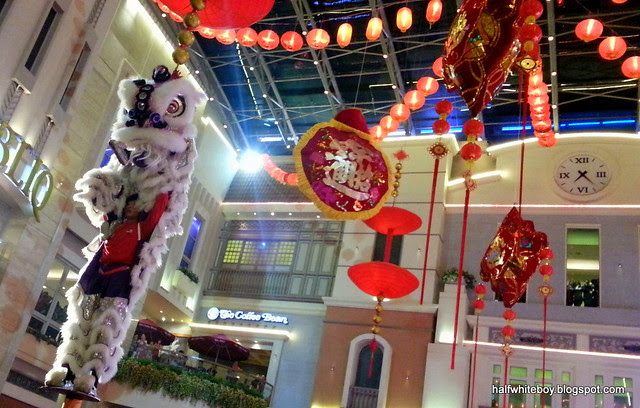 Here's a sampling of what this lion dance looked like. Apologies for the shaky video.

The lion dance was just part, if not the highlight, of a series of performances that day at the Newport Mall. Before them there were dragon and lion dances from local kids, traditional Chinese musical performances, and a wushu demonstration, among others.

There were also several booths around that sold tikoy, hopia and other Chinese delicacies, beads and charms, fruits, and a host of other stuff. There was also a fortune-telling booth and a prosperity tree. 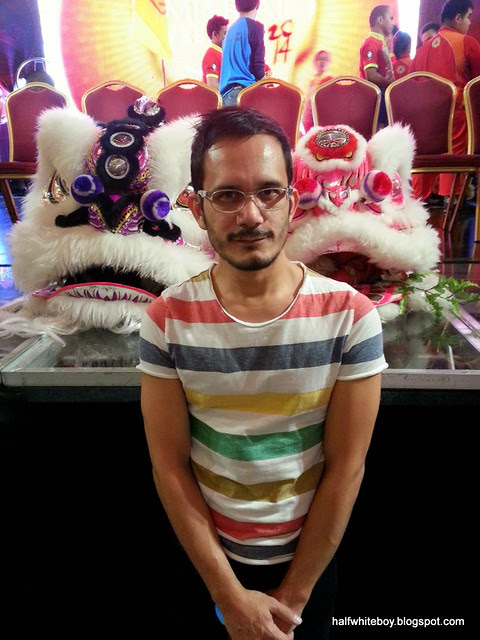 I just had to have my photo taken with the lions (while they were resting). 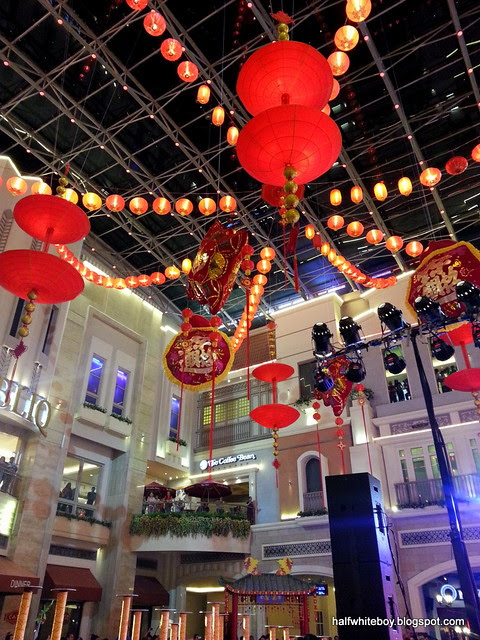 The place was spruced up with colorful Chinese decorations. 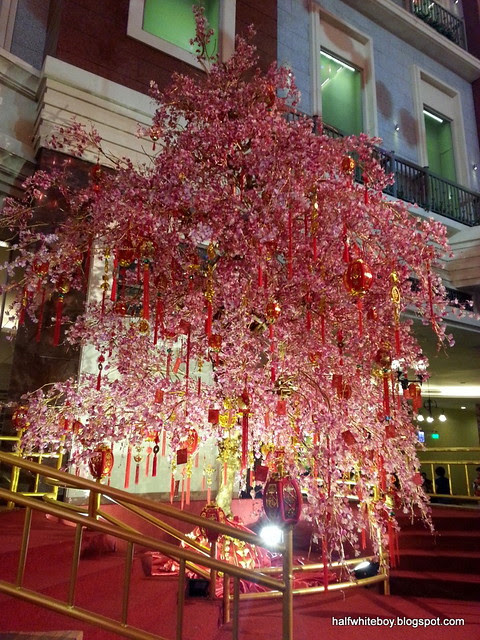 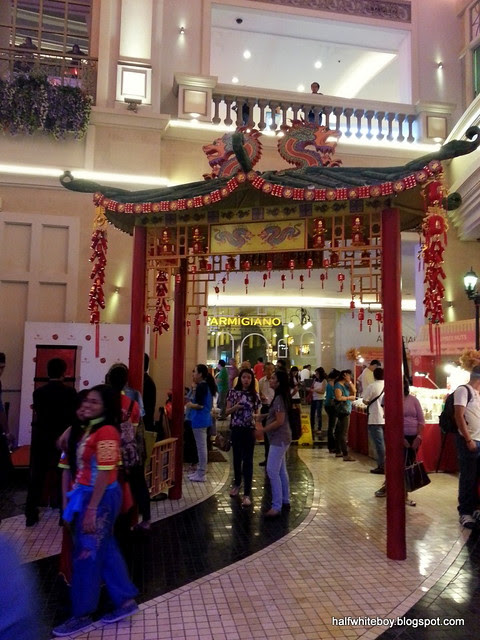 Love that they had these arches (or whatever it is they're called). You'll also see some of the booths in the background. 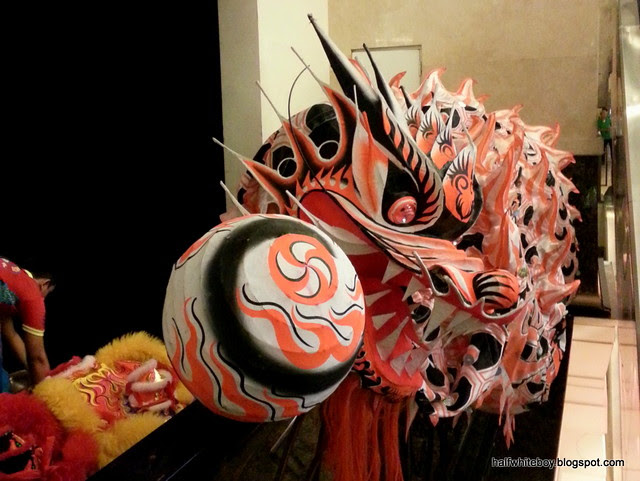 Dragon at rest, exhausted from all the dancing.

The Imperial Festival 2014 runs until Feb. 14 (though I read somewhere it'll be up to the 16th) at the Newport Mall of Resorts World Manila.