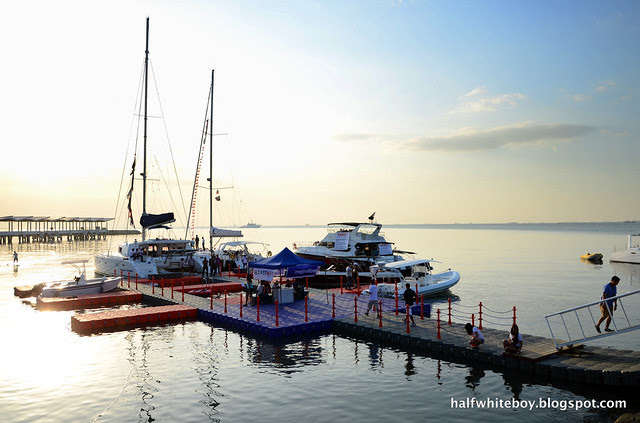 So just this afternoon I found myself at Sea-Ex 2014 at One Esplanade where frankly I have absolutely no business. But it's something that has piqued my curiosity when I first learned about it sometime last year. So when I saw that it's back, I thought I finally could check it out. 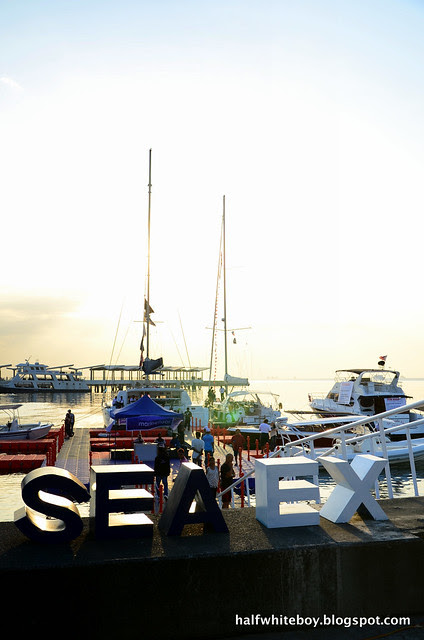 The floating dock at Sea-Ex 2014, with the Manila Bay sunset as backdrop.

An annual event that has been going on since 2009, Sea-Ex is an exposition that brings together people from the world of watercraft, water sports, and nautical enterprise. In short, it's an expo where you see yachts, catamarans, speedboats, and jet skis, including all parts, peripherals and supplies that go with them.

If that sounds intimidating, Sea-Ex is where you'll also get to see hobie cats, kayaks, and inflatable rafts. But if that still doesn't sound like something that's right up your alley, they also have water sports equipment, apparel, and even electronics. Yes, there are masks, goggles, fins, snorkels, wetsuits, swimsuits, and dry bags at the expo. GoPro was even there, as was Sony, which has come up with an adventure cam of their own that they're selling at a Php 3,000 discount. I even saw some cigars being sold. 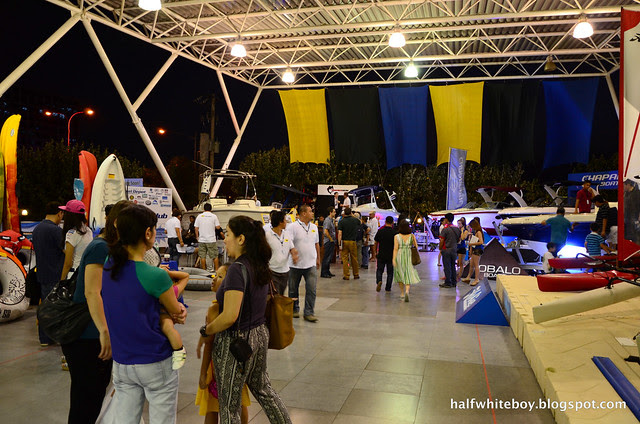 The Pearl Hall, where hobie cats, kayaks, and shiny speedboats were exhibited. 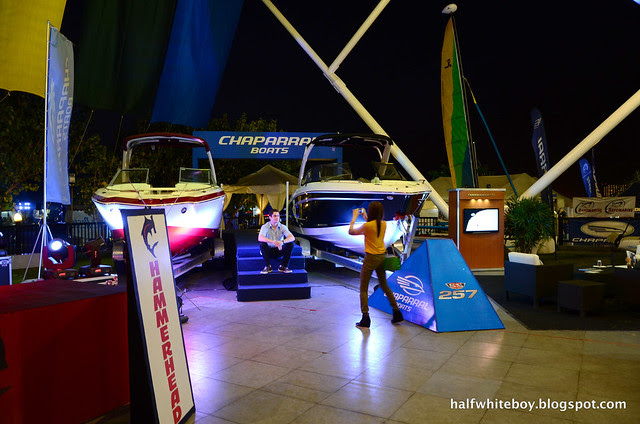 Ah, speedboats. I was joking on Facebook earlier that I couldn't decide which color to get. 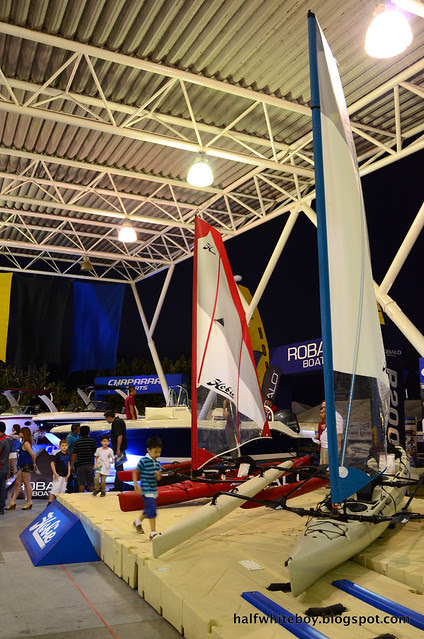 Hobie cats. These were smaller compared to the one used for hobie cat sailing at Misibis Bay. 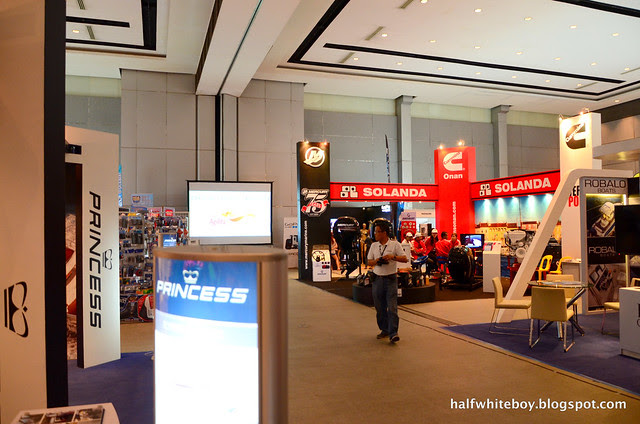 Inside the air-conditioned Coral Hall, where more booths were installed.

As for me, I was just content with my Regatta purchase, where I got a sweet Php 500 off my swim shorts purchase because I got it with a polo shirt. They sure have spruced up their booth--replete with white sand and all. And oh, I also brought home a bottle of white from a wholesaler who supplied wines to some restaurants like Nuvo. 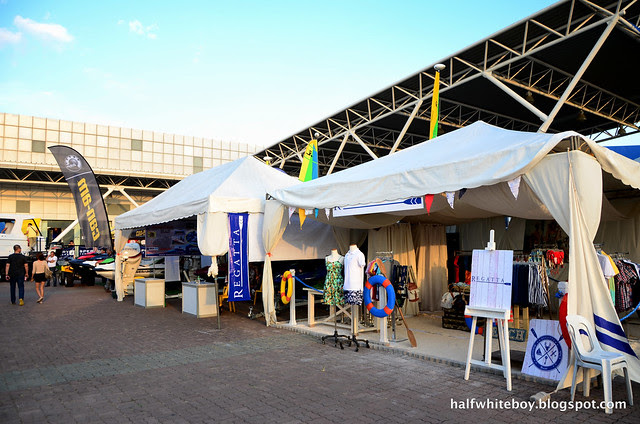 Some of the booths at the outdoor area fronting Manila Bay. 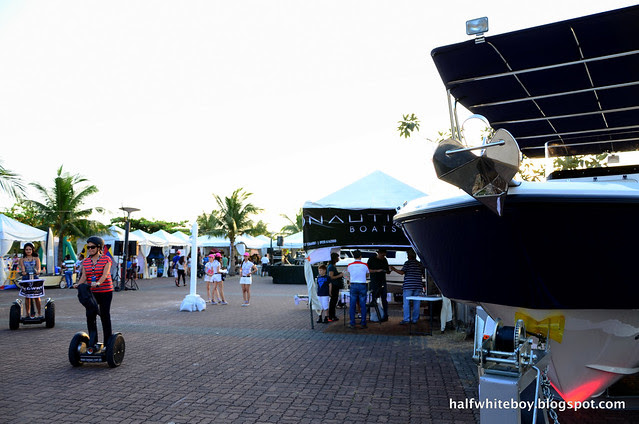 More booths, and Segway had one, too.

Sea-Ex also has a couple of activities lined up throughout the 3-day event. There was a mini-regatta along the bay and boat-building contest earlier but because I arrived at around past-5pm already, I caught none of those. There were also scheduled yacht cruises and some prizes that were raffled off. On one side there was an archery game of sorts while a host of different food stalls occupied another section.

Checking out the booths, I came across SUP Tours Philippines. SUP means "stand-up paddleboard" and they offer such tours along the Loboc River in Bohol, in Coron, and then in Dumaguete. I was also amazed they offer yoga on paddle boards. Now that's really hardcore! Frederic also gave a demo along the bay area. They got me really curious that I have to feature them in a separate post. 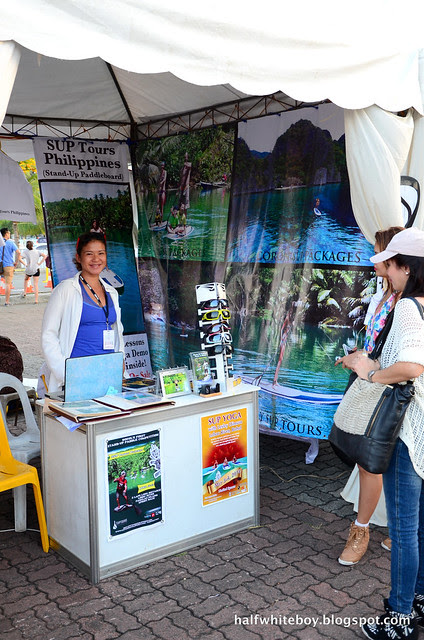 Lesley from SUP Tours Philippines. She does the yoga on paddle boards classes. 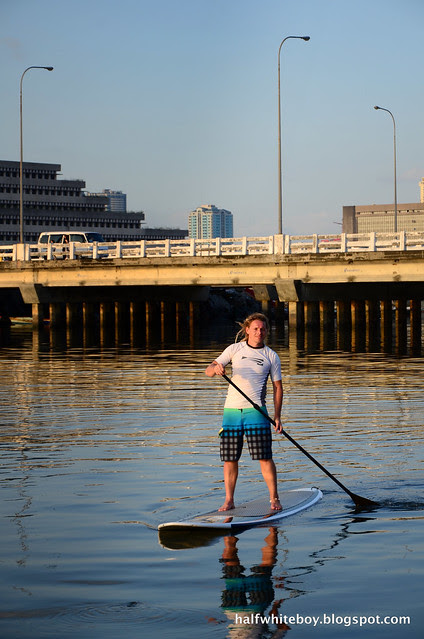 Oh yeah, there was also a Monster Burger-eating contest that, according to the emcee, no one has ever one in Sea-Ex's history. Both plate and mouth have to be clean within 4 minutes to win. There were only 4 souls brave enough to take on the challenge, though. 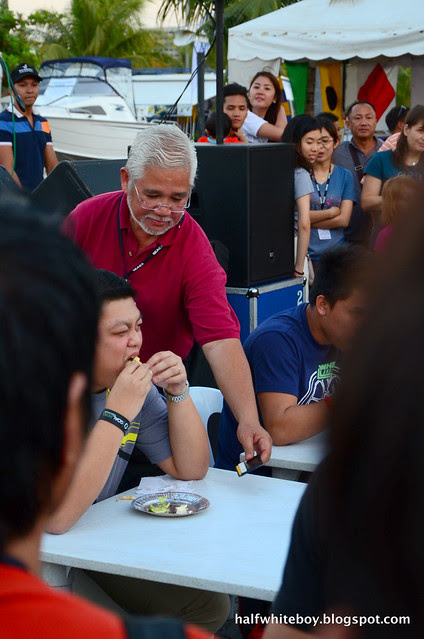 This was the winner. Couldn't do what he just did. 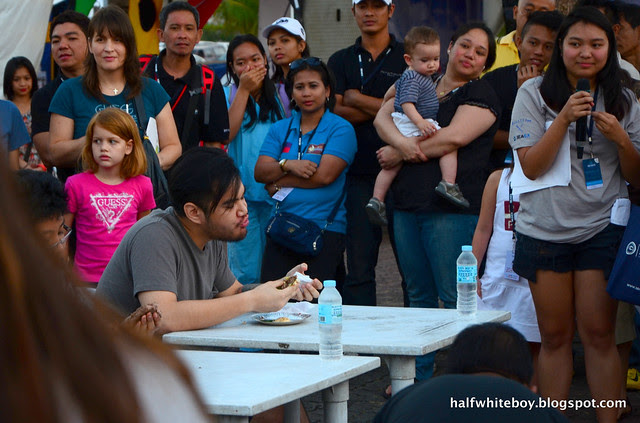 The runner-up forcing another mouthful as onlookers watched with varied reactions. 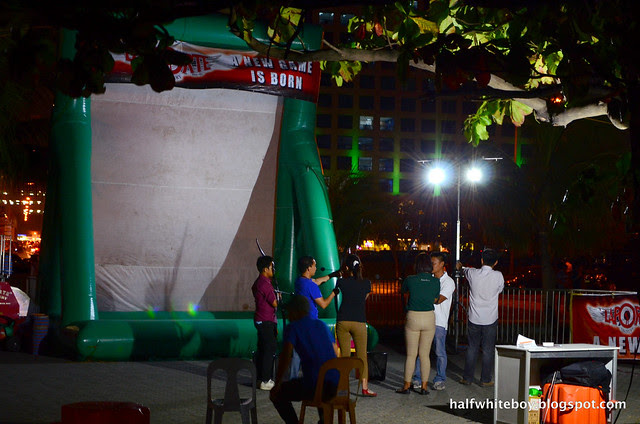 In this game a disk is mechanically thrown across the inflated board and the player has to hit it with his arrow. 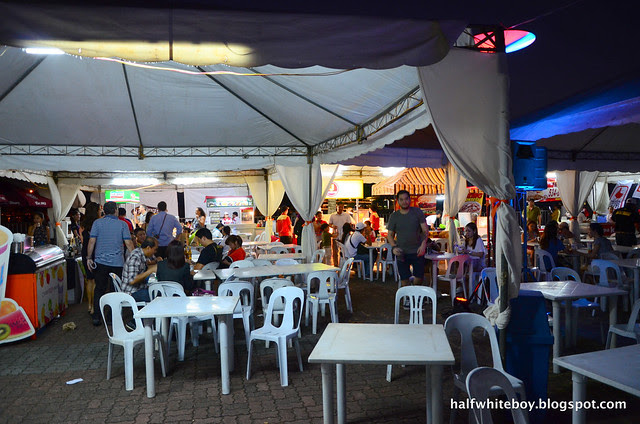 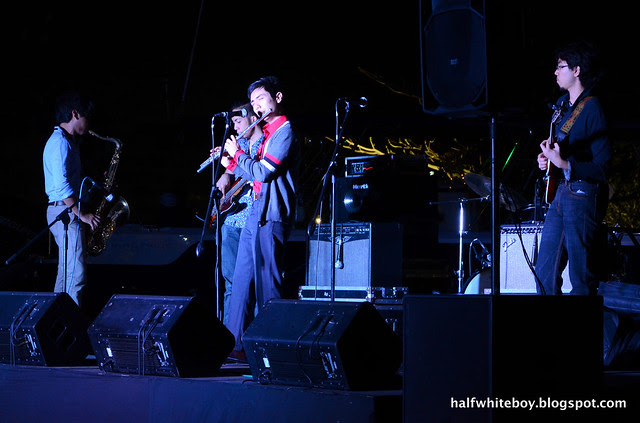 A band, albeit not your usual band, provided entertainment through the evening. I felt kind of sorry for them as hardly anyone seemed to appreciate their flute and sax playing. I clapped, though. [Update 03.23.2014: The band's name is Extrapolation and according to Sea-Ex, the band is on their second year at the expo, and that they are, therefore, much appreciated.]

I was ready to call it a day when fireworks from the SM Mall of Asia lit up the sky. My vantage point wasn't so bad, so I stayed until it was through. 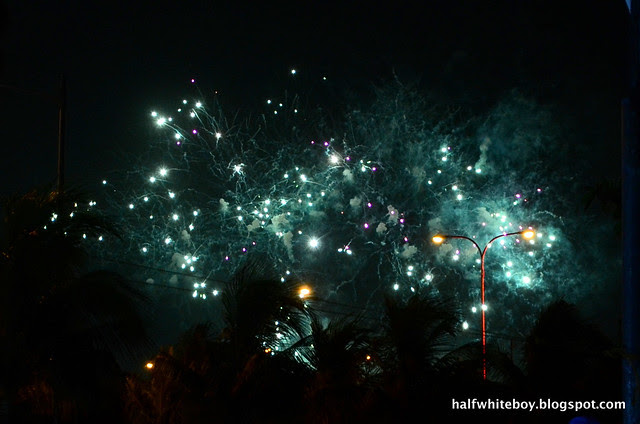 This reminds of the last Potter movie where Voldemort and the Death Eaters were trying to break the protective charms around Hogwarts. 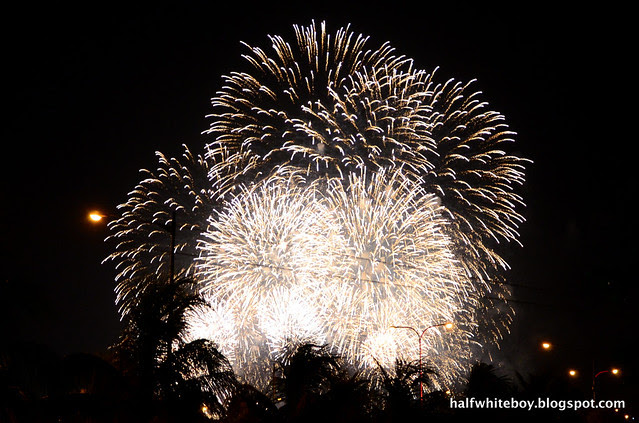