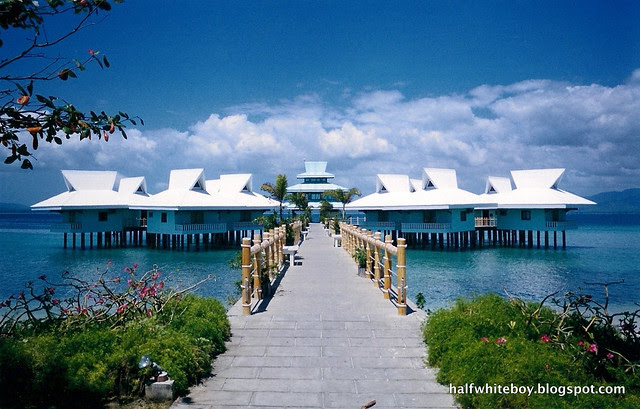 The water cottages of Dos Palmas back in February 2004. They've since been repainted with hues of brown.

That infamous Abu Sayaff kidnapping in 2001, Rico Yan's death in 2002--Dos Palmas Resort was arguably reeling then from all the negative publicity it sustained from those two events even if they weren't really their fault. At the time people shied away from Dos Palmas but they held on, and more than a decade later they're still very much in operation.

On February 2004, around the time when the resort was still recovering from the slump, I had the chance to try out Dos Palmas with my colleagues. We went there as a department and our trip was substantially subsidized by our company. Ah, those were certainly the days!

Getting there
Dos Palmas Resort (now called Dos Palmas Island Resort & Spa) is located in a small island along Honda Bay in Puerto Princesa City, Palawan. The city is served by nearly all major local airlines with flights from both Manila and Cebu.

We were picked up at the airport by a coaster type of vehicle and were whisked away to a port that was maybe 30 or 45 minutes away. Then we cruised on an outrigger along Honda Bay and into the island itself. I think it was another good 45 minutes before we finally got there. From afar, the two palm trees that merited the resort's name towered over everything else. 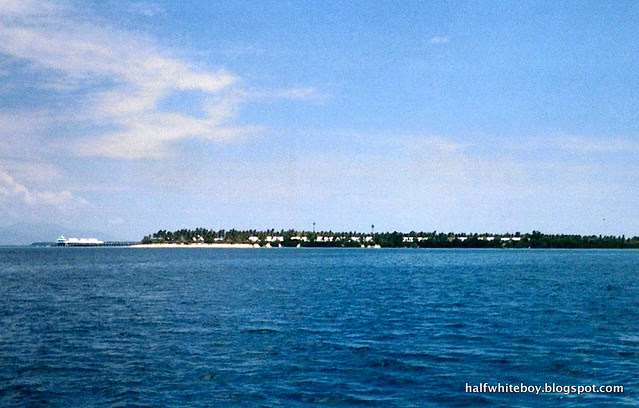 Even from afar, the dos palmas (two palms) can't be overlooked. 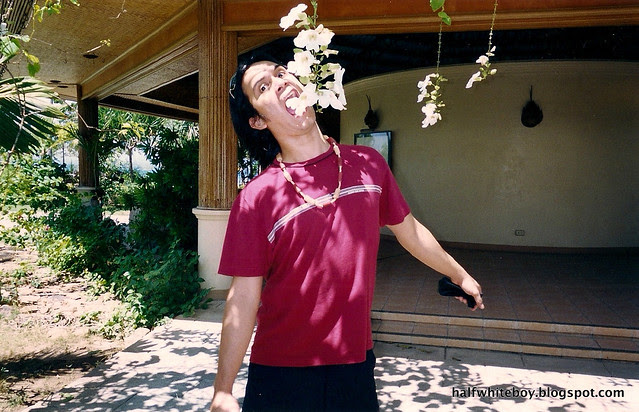 I was so famished when we arrived I ate the flowers.

Welcome and checking in
The sound of some gongs and other native instruments made up our welcome, along with some cold drinks of course. We were checked in as a group and I didn't bother what was happening at the front desk anyway.

Then we were escorted to our rooms. We didn't stay in the water cottages, which were the more expensive ones I believe. We were instead booked in the bigger garden cottages on the island itself. Ours had a loft, with two beds on the ground floor and another two upstairs. The room was a bit plain but then again, this was 10 years ago already. Interestingly, our room didn't have a TV, as guests were encouraged to enjoy the outdoors, or at least that's what the sales rep told us. The bathroom was fine but the tap was hard water that's a bit salty. 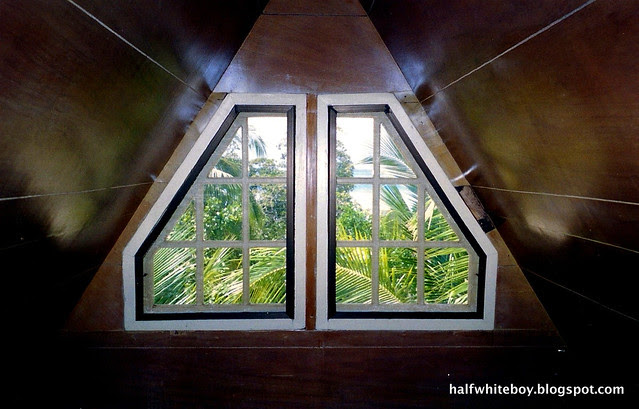 A peek into the attic's window. This was the only photo I have of the room in my film point-and-shoot, so I've unearthed some low-res photos from my Nokia 6600 to help me remember things. 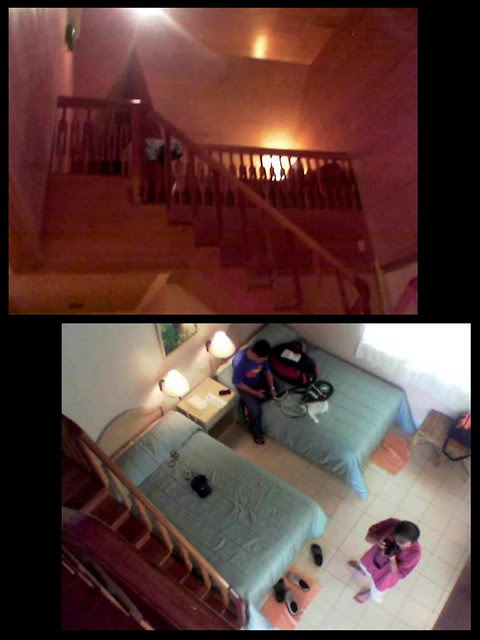 Facilities, the beach, etc.
Dos Palmas has an entire island all unto itself. Yes, it's a small island but guests still have lots of ground to move around. Kayaks, bicycles, snorkels, fins, and other non-motorized equipment were mostly free for guests's use. They have beachside cabanas, function rooms, a tennis court, a pool, a karaoke room, and I don't remember what else.

The beach here, however, is not a fantastic one. It's a white sand beach but because the island is mostly surrounded by mangroves, it gets a tad too shallow and mushy for swimming. The beach along the resort's front area is a much better spot, though. But then again, this doesn't make Dos Palmas any less beautiful at all.

Snorkeling, on the other hand, is much more impressive with the corals and fish that populate its house reef. The resort staff can take guests by boat to a floating platform a few meters from the shore for this. As for me, I remember kayaking my way to the platform myself.

We were also treated to one barbecue lunch on an islet with a nice curving sandbar not too far away. They've built a cottage on it as well. 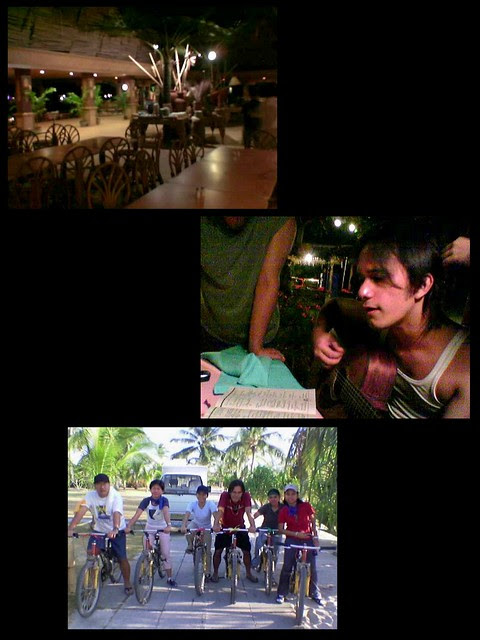 Top to bottom: The deserted dining area at night; me strumming away some tunes by the pool; and ready, set, go for the bike race leg of our teambuilding activity. 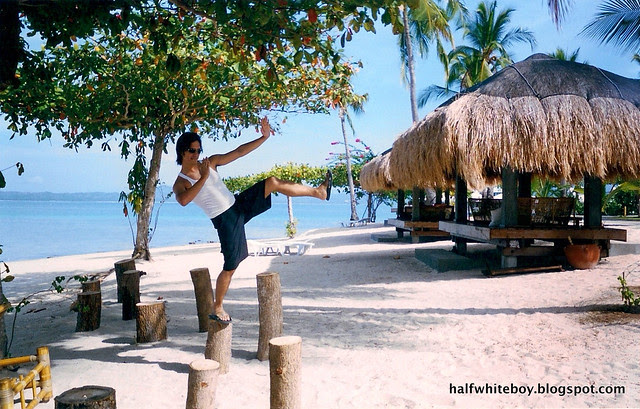 Oh yes, I beat Will Smith's son to it! I did a remake of The Karate Kid first. Unfortunately mine was a huge flop. 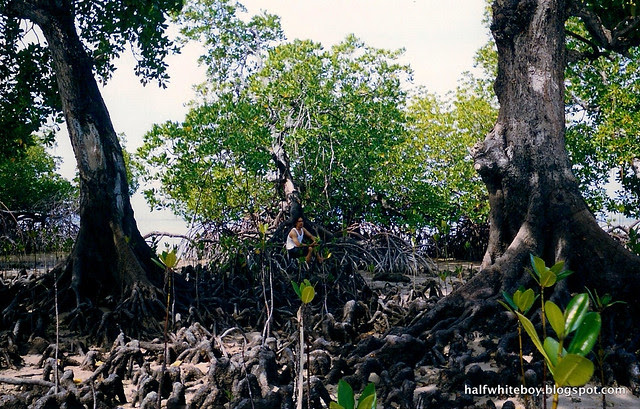 Mangroves you say? It's actually nice to know that the resort is protecting them, while here I was contemplating life, the universe, and everything in between.

Food and staff service
If there's one thing I can think of about why I want to go back to Dos Palmas, it's the food and the service. Okay, that's two things.

But seriously, breakfast, lunch, and dinner buffets were all so impressive and overflowing. Apart from the extensive selections available, the food itself tasted really good. Coffee, tea, and water were available 24/7 at the dining area and guests are just free to help themselves anytime.

Now add to all that an army of resort staff that are the kindest, most polite, and most attentive yet non-obtrusive people ever, our Dos Palmas experience was indeed pure heaven. And that's always the first thing--okay, first two things--I always remember and talk about when you say Dos Palmas.

(I have a colleague who's been to Dos Palmas in the last 2 or 3 years and I'm glad to hear that both food and service haven't changed at all.) 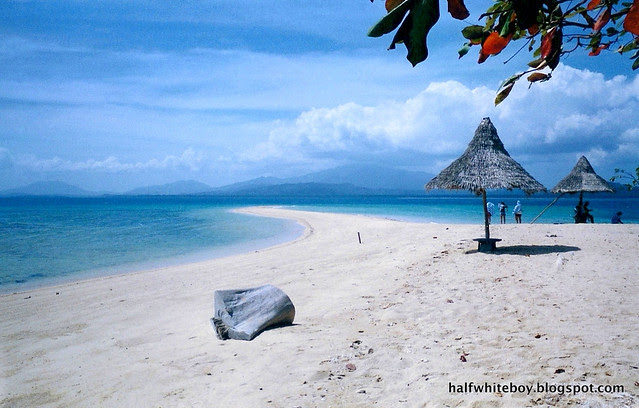 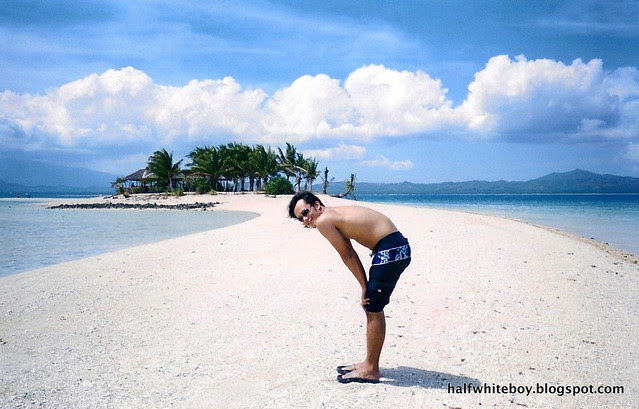 Hmn...I think I was doing the Otso-Otso here, a once-popular local novelty dance move where you bend forward, resting your hands on your knees, and then moving just your midsection up and down. 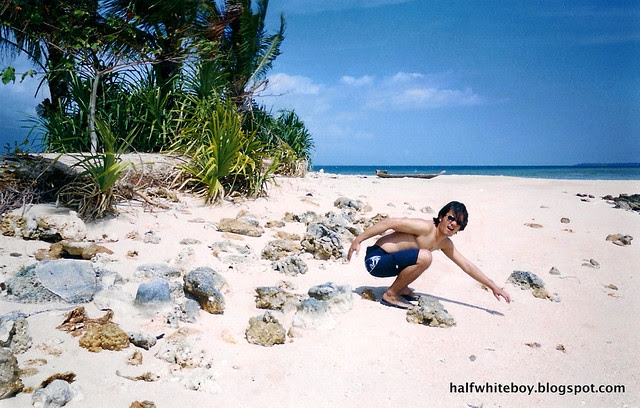 Oops! I think I had a little too much to eat I decided to take a dump. 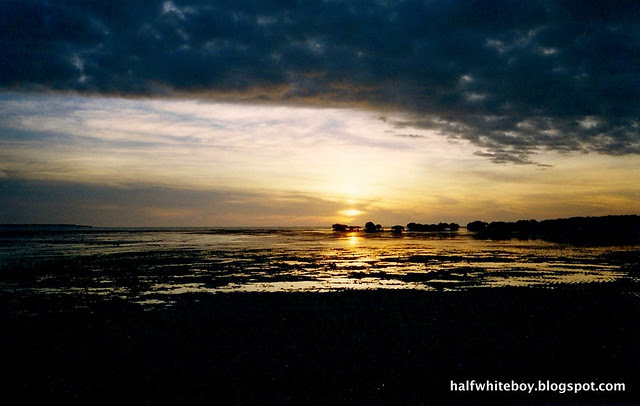 Sunrise over the horizon and the island's mangroves. 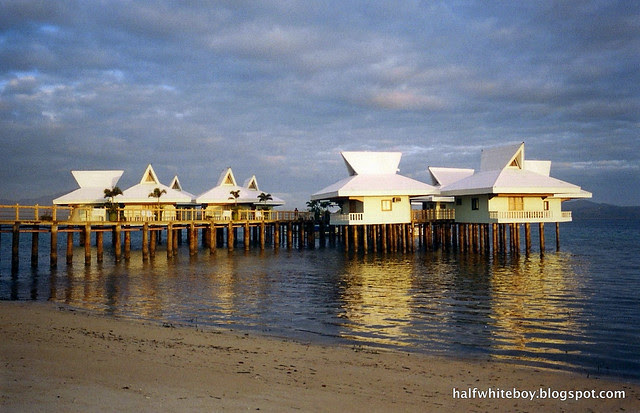 The first of the sun's rays shining over the water cottages. 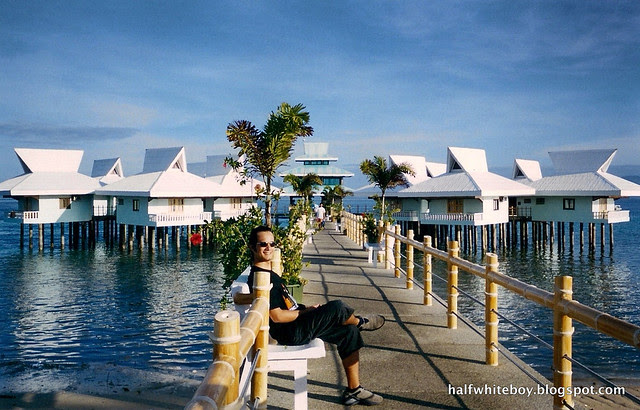 Time to say goodbye and time for a souvenir shot.

*******************
On our last day on the island I woke up really early to catch the sunrise. Even if I was still hung over, I felt like I needed to relish every waking moment there, especially since we had a morning flight to catch. It sure was too short a stay and I promised to come back one day. Well, 10 years later that day still hasn't come but I'm still positive that it will.