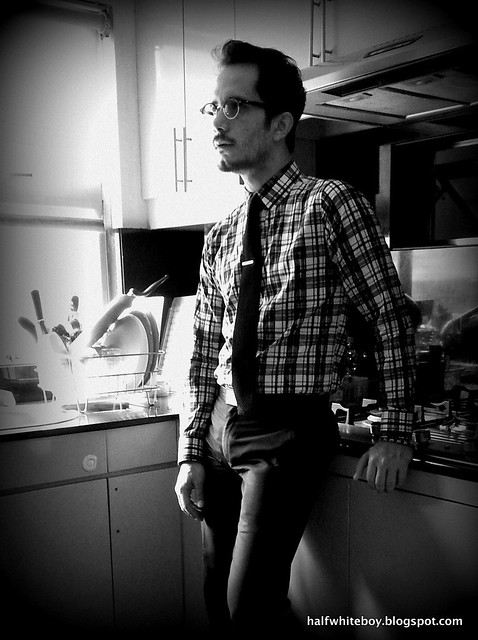 Forgive me for the corny title; I was suddenly thinking of pad thai. Anyway, after ogling over some really nice neckties and bow ties yesterday, I promised I would wear a tie today. Now that I've made good with that promise, I hope I could sustain this thing and not slip back into my uniform of pullovers, which I often refer to as "tamad (lazy) outfits." 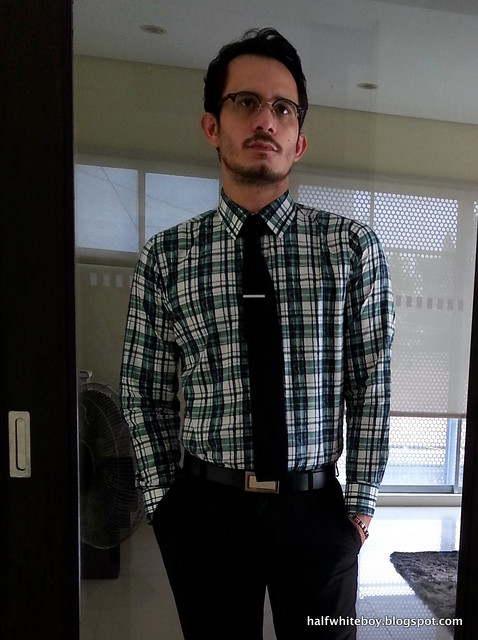 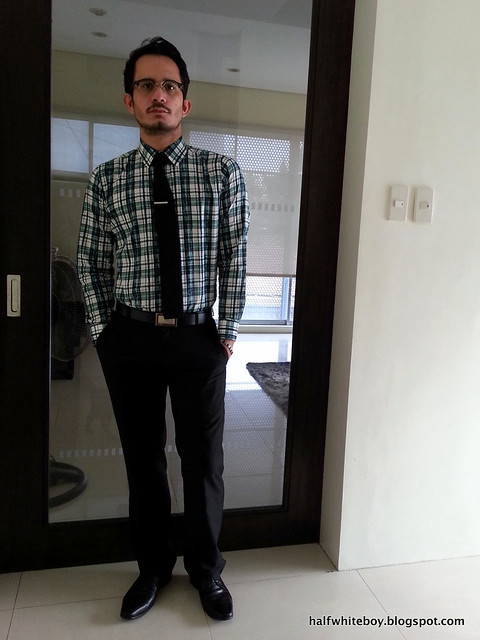 I must say that my comeback tie of choice is rather plain and boring. But I had to give way to the shirt because it already has a lot going on it. Maybe some time I could experiment with mixing prints but today, I was in a hurry and black was my safest bet. Besides, the pants are also black. And oops, so are the shoes and belt. 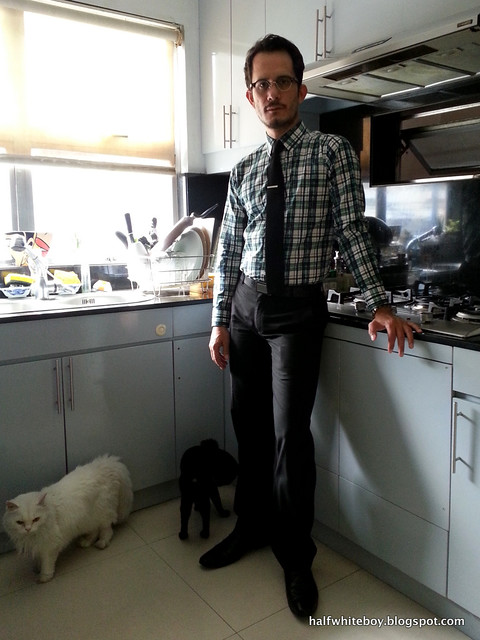 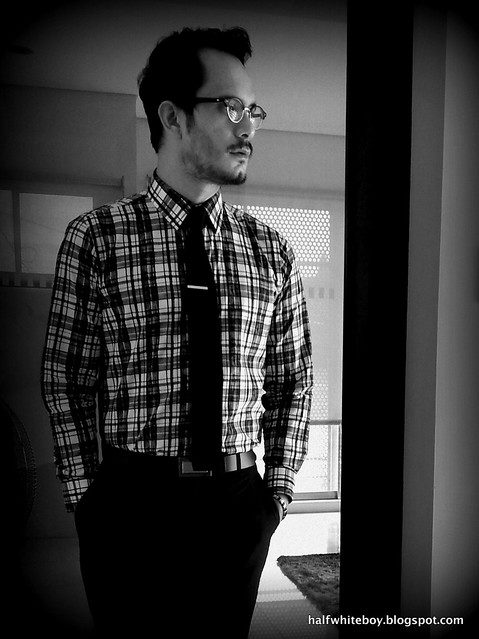 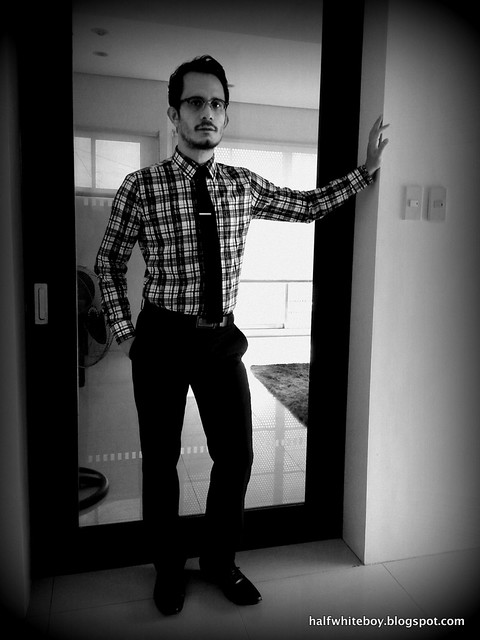 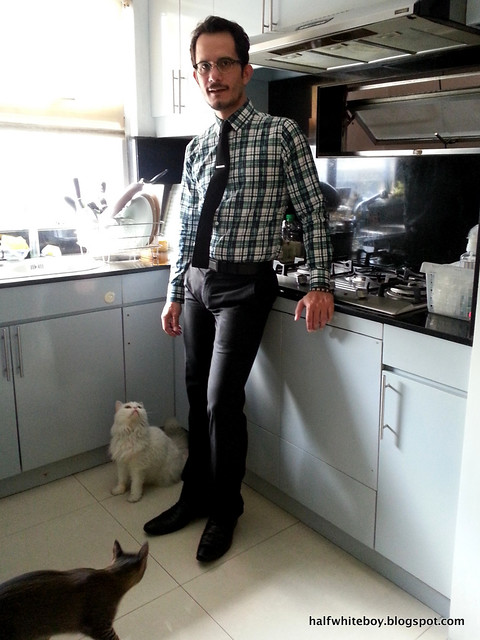 Still, at least I wore a tie. And I think the cats are sort of bewildered, probably wondering what's gotten into me.
___________
Shirt (Artisan); pants, belt and bracelet (Merger); tie (The SM Store); tie bar (Tieline); shoes (Call It Spring).