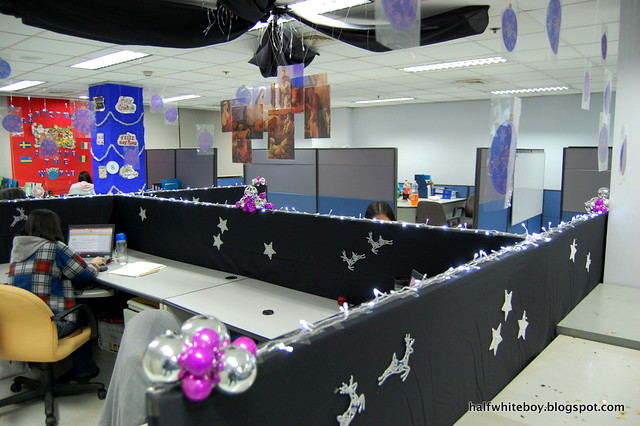 We all need a little Christmas, don't we? To cheer us up perhaps. I just miss this time back in 2011 when we held a department-wide Christmas decorating contest at the office. Cubicles were clustered together to form groups and people were basically given free rein on how we wished to spruce up our respective areas for the season. It sure was a lot of fun and I must say I really enjoyed the resulting vibe at work.

We invited some respected individuals from other departments to judge our work and determine the top 3 based on a set of criteria.

Here's a look at what people have come up with. 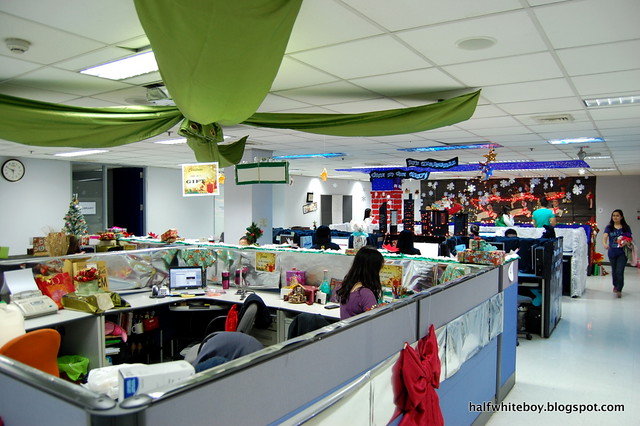 That it's Christmas certainly cannot be denied here. 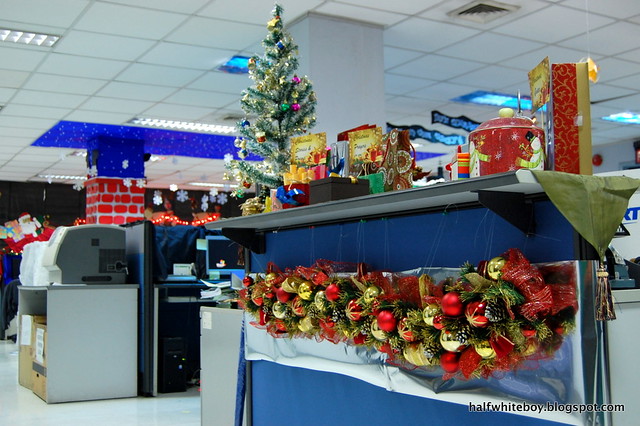 Lots of shiny stuff to bring us some cheer.

Christmas is a gift
This group decorated their area with lots of shiny things. Their intent was to have some semblance of a gift because Christmas itself, as they say, is a gift. 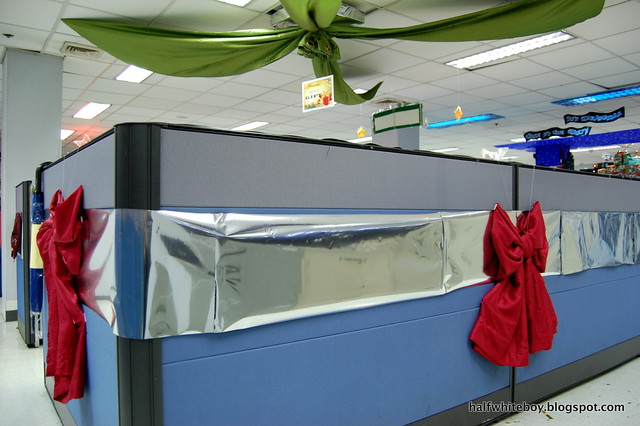 An exterior shot of the "gift."

Santa's workshop
Think of Santa's elves and how jolly old Saint Nicholas's workshop would look like. That was the idea. 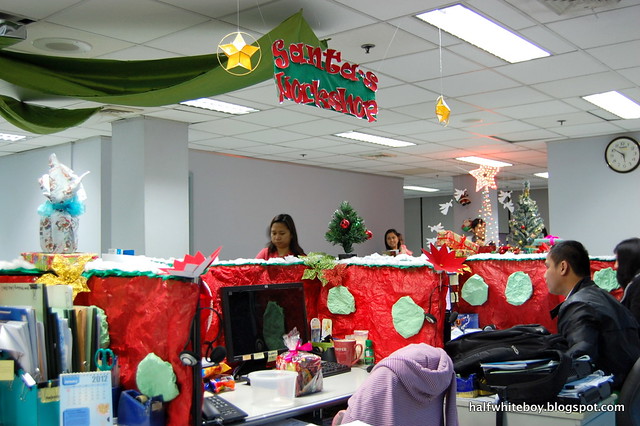 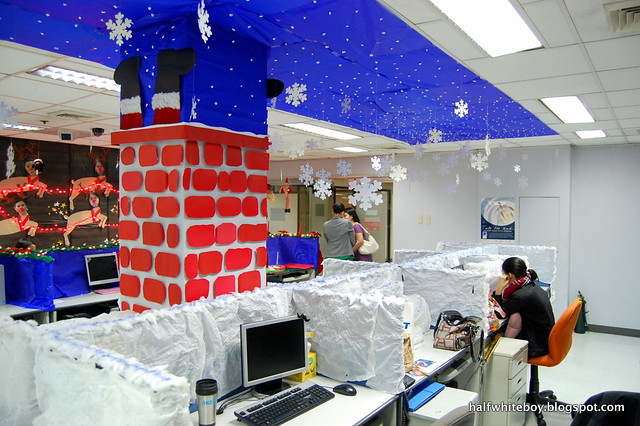 Santa needs to go on a diet IMHO.

Christmas around the world
Funny how our Christmas party theme this year was United Nations. Apparently these guys had thought of it 3 years earlier. 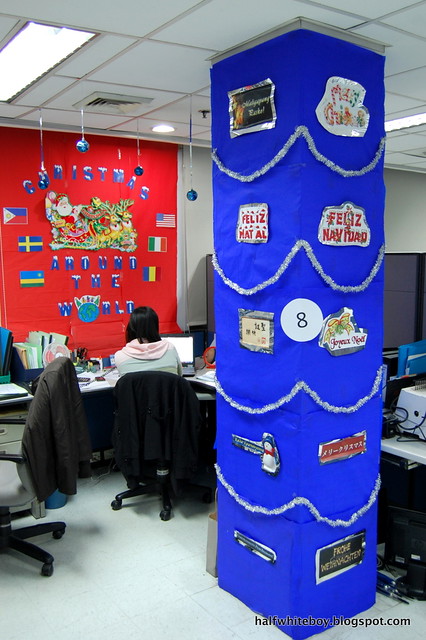 Christmas in the city
One of my personal favorites, if only for the amount of effort involved in creating those buildings. They may have fallen short in terms of execution (according to one of the judges's notes) but I still love looking at those backlit cardboard buildings. 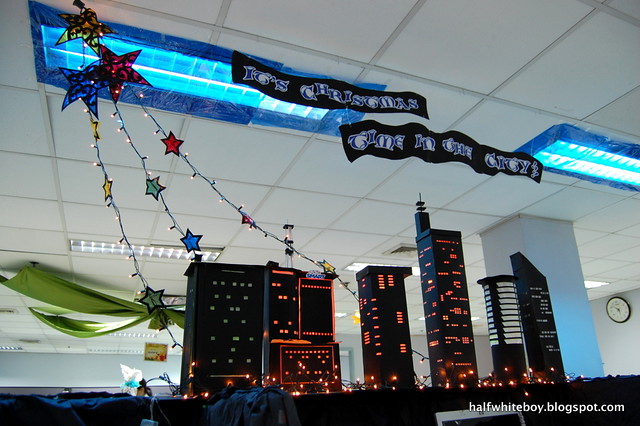 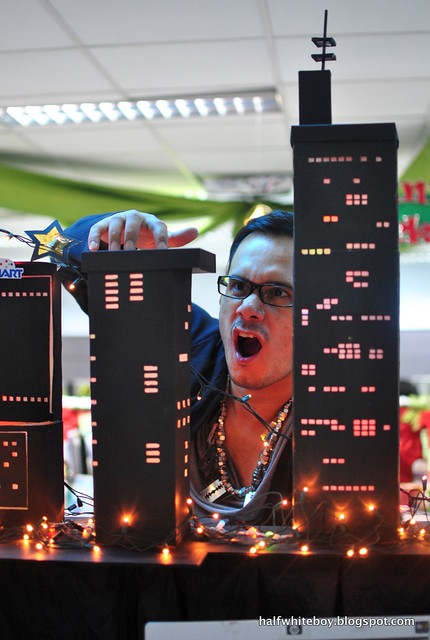 This must how Godzilla feels every time he walks into a metropolis.

Christmas toy land
I forgot what they called this area but they've loaded it with stuffed toys and whatnot. There was a Christmas tree, a belen (Nativity scene), and whatnot. If my memory serves me right, I think they won 3rd place. 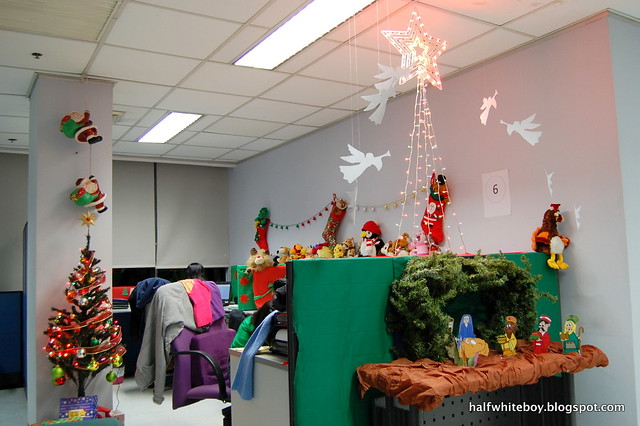 I reckon kids would love this... 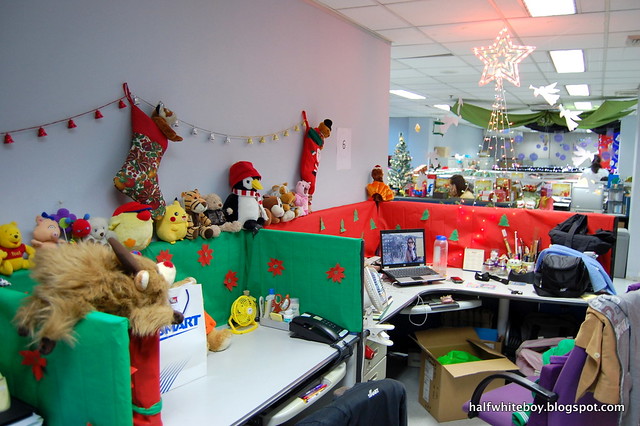 ...until they realize they can't have them toys. Na-ah. Nope. 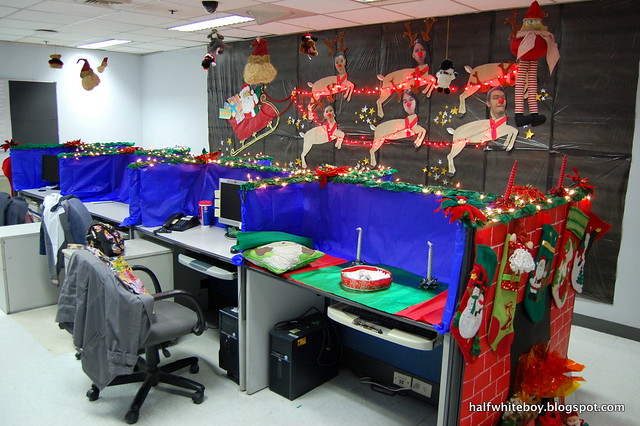 All the classic colors of Christmas are here, I suppose. 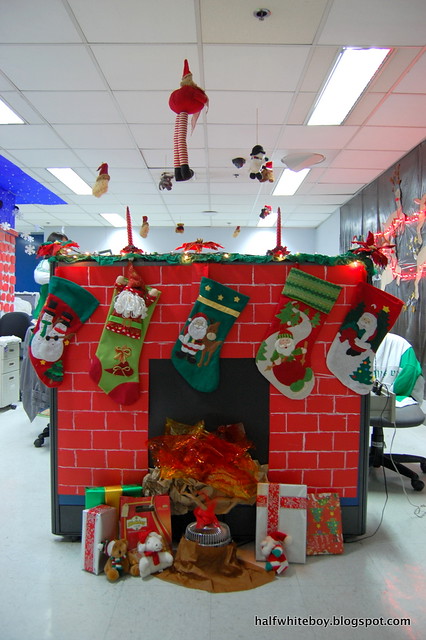 And oh yeah, there's a faux chimney to boot!

Black and chic
Last but certainly not the least, this was our group's entry. We wanted an elegant and minimalist look that I believe we've achieved because we won 1st place. "A bold attempt that made its mark," wrote one judge.

They say in fashion you can never go wrong with black, so we tried adopting that notion for our design. It wasn't all black, though, as we also threw in some silver and fuchsia. We played with some acetate and had Yuletide balls printed on them. Our centerpiece belen (Nativity scene) was also printed on transparencies and was hands-down the trickiest piece to mount. Thankfully it was a knockout according to one judge. 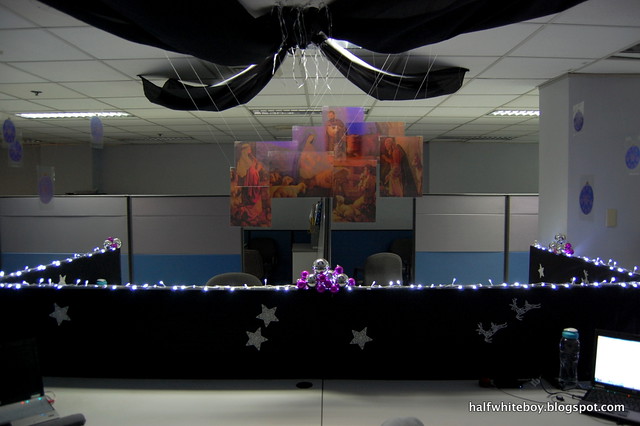 Our group's decor early in the morning when the lights were still off. 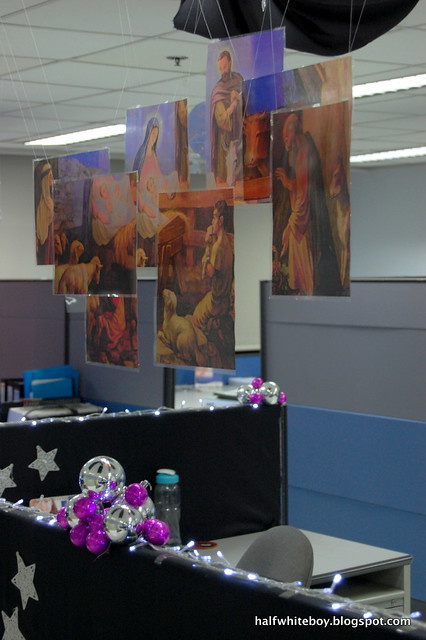 The idea was to have several overlapping panels to form the Nativity scene. Dang was it so hard to get each panel in its exact position! 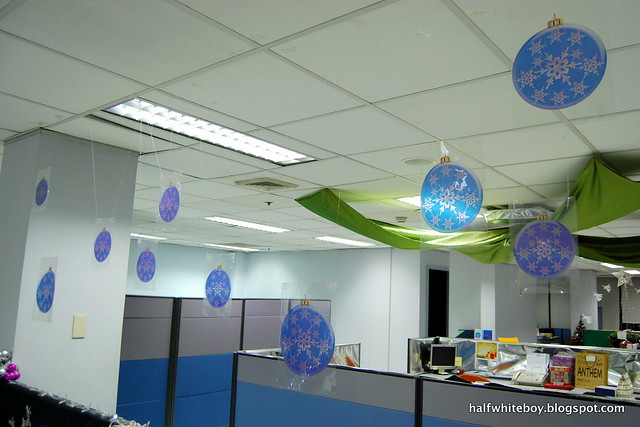 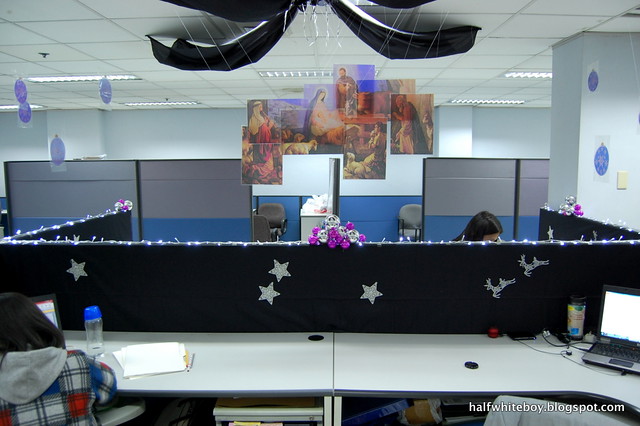 The reason for the season.

Merry Christmas, everyone! Come what may.