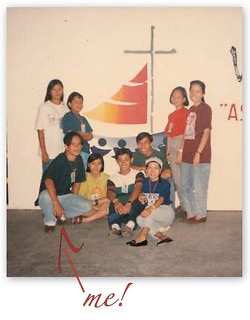 Today Pope Francis arrives in Manila for a state and pastoral visit, bringing back memories from two decades ago when then Pope John Paul II came to the Philippines for World Youth Day. It was a slew of activities back then from January 10 through 15, 1995. And yes, I was there.

I was part of our parish's delegation from Ipil, Ormoc City in Leyte. After waiting for the rest of our delegation in Cebu where I was going to college, I joined them for the voyage to Manila. We traveled by sea aboard one of those big ships from Sulpicio Lines. I'm not sure if it was Princess of the Orient (that sunk at sea years later). 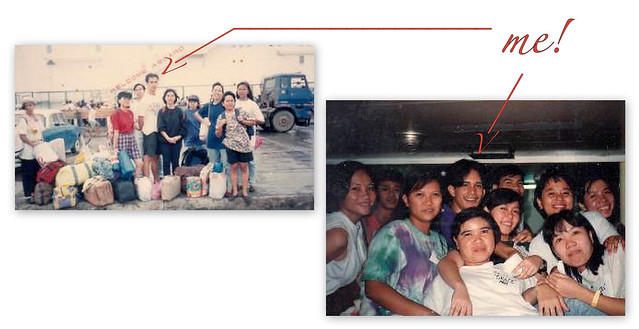 All aboard the Princess of the Orient (or was it?). Probinsiyanong-probinsiyano ang peg ng mga bag, o. Haha!

We were housed at Ermita Catholic School in Manila. I don't remember much about it except that I was happy we were near a Wendy's restaurant. We spent most of our days in different plenary sessions, which were usually in TUP (Technical University of the Philippines). Every morning, too, we were fed with Jollibee.

The afternoon before the big day on Sunday we were already gathered in front of the Quirino Grandstand in Luneta for an overnight vigil. Though a lot of songs were sung, I don't know how many times we did Shine, Jesus, Shine. The grounds were already carved out into sections allocated for various delegations to the World Youth Day. Even that early there were already so many people that moving around to get to portalets and to grab a bite was quite a challenge. 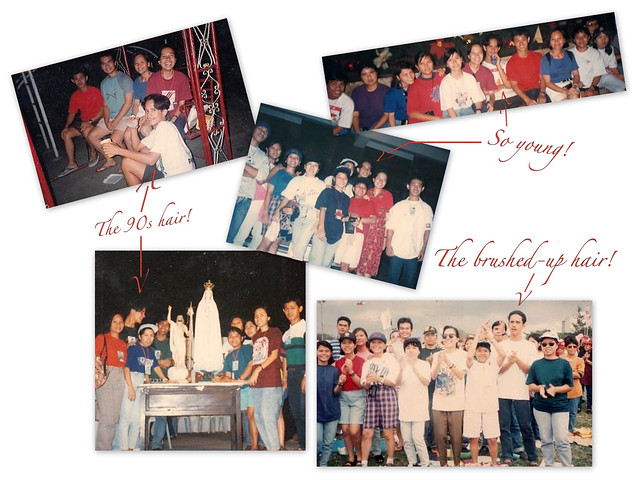 At Ermita Catholic School, at TUP, and at Luneta.

That evening a co-delegate and I decided to walk back to our quarters to grab some food and freshen up. We noticed cops were clearing out the streets all of a sudden and we suspected the Pope would be passing through. His exact routes were usually kept secret or were altered the last minute for obvious security reasons. We were instantly filled with excitement and decided to wait.

True enough then Pope John Paul II did pass by where we were standing. He looked visibly tired but was still dutifully waving to the crowd. I was filled with a warm flush of something I didn't know what it was. It may be brief but it was an overwhelmingly pleasant feeling. Then we both realized none of us had a camera in tow (Yes, sayang). But the scene was pretty much akin to this:

Photo by Flickr user Iman1138, used in accordance with his Creative Commons license.

We soon returned to Luneta and slept under the stars feeling happy. The next morning we got up and tried to make our way to the portalets to relieve ourselves. Unfortunately the crowd had swelled even bigger overnight that instead of making it to the portalets we were swept away towards what was the way back to our quarters at Ermita Catholic School. We didn't bother trying to go back and just contented ourselves with what was shown on the TV. Oh well.

Brought home some good memories, though, like this multi-platinum theme song:

____________
Thanks to Neneng Sacay for the scanned pictures I got on Facebook.
pope john paul ii throwback world youth day '95