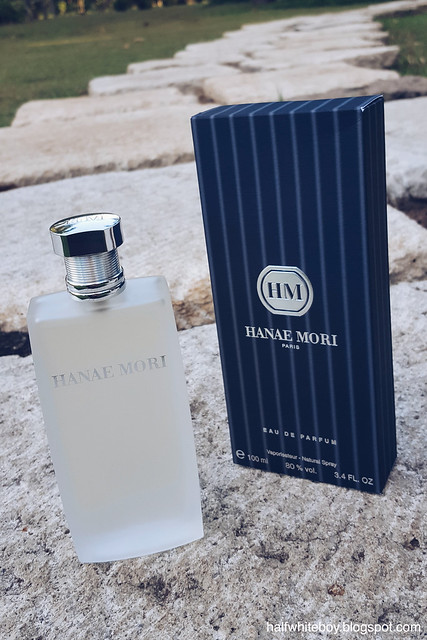 Another spate of blind buys. After going through my not-so-short shortlist I took a chance with a Japanese name this time—Hanae Mori HM EDP. Packaged in a tall, slender bottle of frosted glass, with a plastic cap resembling a bolt and nut, Hanae Mori HM already looks promising at the onset.

The opening is a wonderful lemon accord that instantly wowed me. It's... different. It's not the usual citrusy-sharp kind but rather one that's coated in sweetness, like some creamy lemon candy, if there's such a thing. It's as if all the sharp edges of the citrus were blunted by this thick, vanillic cream that makes this so amazing a gourmand. It never gets cloying, however, as HM deftly strikes the perfect balance between fresh and thick.

Though it mellows after several minutes, the lemon stays well into the drydown, now playing support to the vanilla. Other than these two, I can't detect much of the notes listed. To my nose there seems to be very little in terms of development but I don't care because this juice is just so beautifully blended, and that's all that matters.

HM is a long-lasting fragrance with moderate projection. Not surprisingly, it's at its strongest in its first hour or two, after which it stays close to the skin. Nonetheless, you'll catch sporadic whiffs of it throughout the day, if only to remind you how awesome it is.

While I consider it another successful blind buy, I'm not sure if everybody will like it. But then it's a fairly inexpensive fragrance, so I don't think there's much to lose here if ever. HM is very wearable and versatile. Formal, casual, warm weather, cold weather, close counters—I don't see any problem wearing HM in these settings, probably except when it's extremely hot, in which case I think the sweetness may overpower everything. Nevertheless, this one is definitely a must-try.