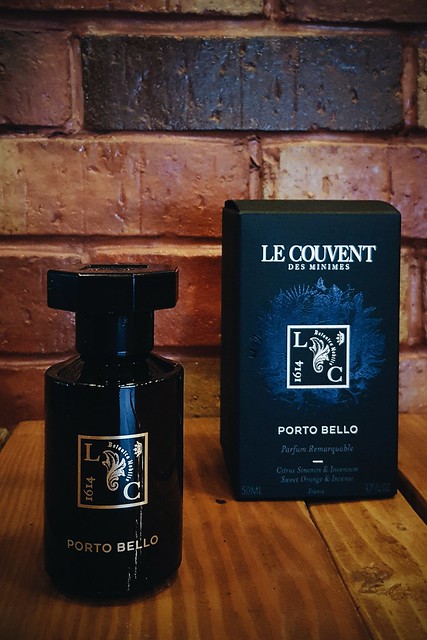 Porto Bello, I learned, is fairly new, having been released only in 2018. This could explain the severe lack of reviews for this fragrance. I bought this blind, so I really didn't know what to expect from what this minimalist, 50ml black bottle holds inside. It's a very dark bottle and only when you hold it against the light can you see the juice. But I can't make out its color.

And so I sprayed and was greeted with a strong, sweet accord laced with citruses. It's not a gourmand or vanillic kind of sweet but rather resinous, and which can get a bit heady with overspraying. The sweetness easily overpowers the citrus, which doesn't last long, so to speak. Before long I'm left with just that--a rich, resinous, sweet scent. I do get a faint, smoky-burnt note somewhere but it's buried deep within. It's as if this sweetness is forcefully blocking everything else that attempts to make a scene.

Despite the lack of development, I kind of enjoy this fragrance. It's also quite long-lasting with moderate to heavy projection, though it mellows after about 2 hours or so. However, I must caution against spraying too much because Porto Bello can potentially be cloying. I'm not sure if it's a safe blind buy even for people who are into sweet scents but it's a decent fragrance overall that's worth trying at least.