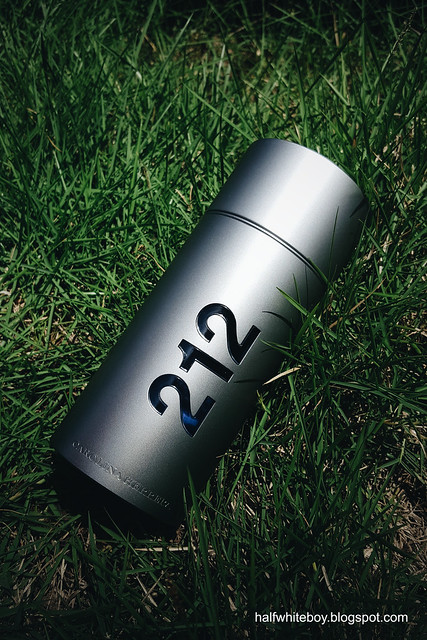 Much like Christian Dior's Fahrenheit, Carolina Herrera's 212 Men is also an old flame, and I'm more than happy to have copped another bottle after several years. I think it's high time that I revisit this now-classic fragrance that has spawned more than a dozen other flankers since its release in 1999, none of which I've bothered to try just yet.

For me 212 Men is a freshie but it's neither an aquatic or a citrus-heavy spritzer. Sure, there's a bright citrus that accompanies the opening but this fragrance is predominantly green, redolent of freshly cut grass. The citrus, along with hints of spices thrown in, work beautifully with this grassy accord, resulting in a vibrant and playful scent that I also find rather unique. I mean, I haven't really smelled anything similar to this, at least according to my memory.

This is a scent that's perfect for hot summer days and which I think can work for guys young and old alike. It projects well enough for its first few hours but it doesn't scream. The scent itself can last from morning till afternoon although I could always use an extra spritz or two, especially when it gets really hot or when I simply want to boost its performance.

Twenty years in and 212 Men doesn't feel dated at all. It still feels right in place in today's fragrance landscape. It's a safe blind buy, in my opinion, at least if you want something fresh that stands apart from most freshies in the market. That said, this one is well worth a try.