FRAGRANCE | Man EDT by Adnan B.: For the price, a really good buy 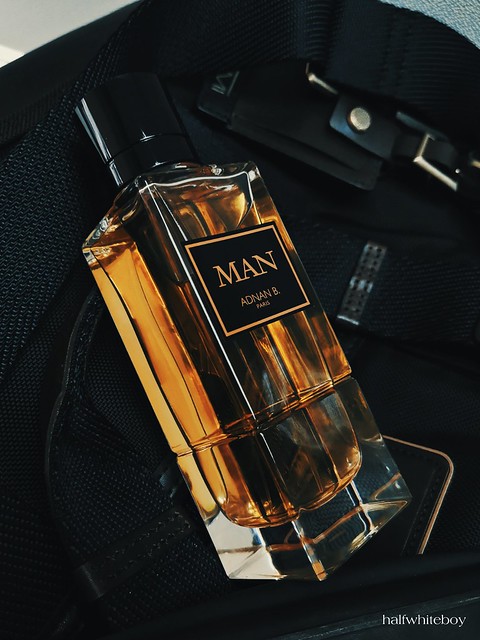 Man by Adnan B. was a random discovery while browsing frags online. You see, I sometimes go through all the brands listed under a particular letter to see if there's anything interesting. This was a product of the letter A. After a little bit of reading, I jumped the gun and added a bottle to my cart, more so since it's really affordable.
The frag comes in a no-frills presentation yet it feels like way more than the price I paid. The bottle packs considerable weight and is elegant in its simplicity. It definitely doesn't look inferior standing next to other more expensive bottles. 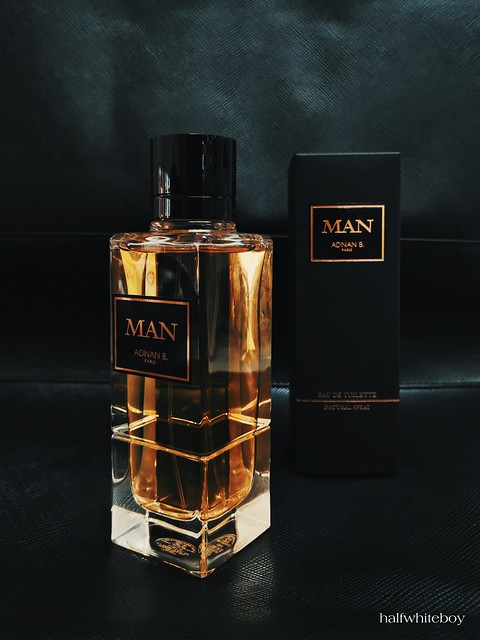 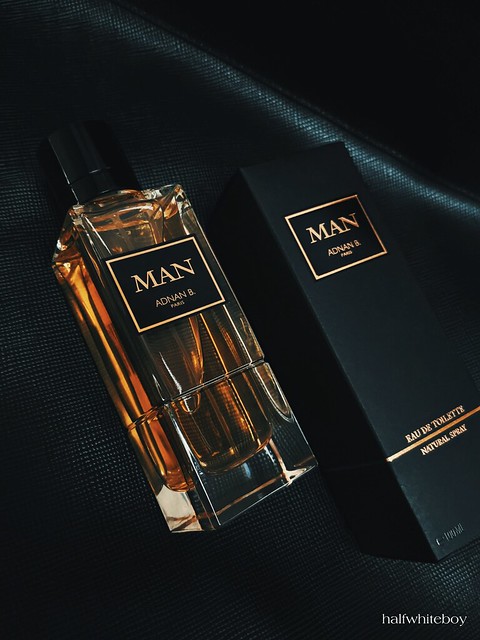 The scent is ambery and woody, moderate in projection and with some indistinct fruity-floral nuance in the opening. Honey unfolds shortly, along with something that resembles tobacco. The honey is not too sweet but feels kind of sticky. It also has a very slight boozy feel, which isn't anything new in regard to honey. This is evident in fragrances like Mond by Slumberhouse (honey and tobacco) and Oajan by Parfums de Marly (honey and cinnamon).
This fragrance is a bit of a heavy wear because of its generally dark vibe. It becomes sharp after several minutes, probably due to the wood and perhaps some spices as well. Later, a musky base spreads out, further complementing the ambery wood and honeyed tobacco. The sharpness mellows over time but so does the fragrance's overall projection. However, the scent stretches out for several hours.
For the price, Man by Adnan B. is a really good buy. Its typically masculine scent profile carries an air of formality to it, making it great for formal wear, preferably in evenings and in colder or temperature-controlled environments. Well worth trying, in my opinion.
adnan b. fragrances lifestyle review

FRAGRANCE | French Coffee EDP by Al-Rehab: It's so yummy!

I have a few fragrances from Middle Eastern house Al-Rehab , all of which are lovable cheapies. From the unassuming Choco Musk , to the monster deceptively named Soft , they sure do not disappoint. Now it's time for French Coffee .
Read more

Being an archipelago, it's no surprise that the Philippines is home to a lot -- and I mean, a lot -- of great beaches. But the idea that there are also a few good ones in the southern part of Negros Occidental in the Visayas seems largely unheard of for most Filipinos. One of these is the kilometer-long Sugar Beach in the city of Sipalay , a land far, far away. The lovely Sugar Beach. Looking for a nice, quiet beach far from the chaotic Holy Week crowd, My Bibe and I spent four nights at Sugar Beach. I first read about it from a magazine when we were at Anda, Bohol back in 2010, and was convinced to include it in my travel list. Finally the time was right. Going to Sugar Beach reminded me of my earlier travels with My Bibe, where we regularly sought off-the-beaten-track destinations, usually with no hotel reservations whatsoever. We didn't completely dive back to that, however, as we still managed to afford ourselves some level of comfort. We flew to Bacolo
Read more

Rajo Laurel, one of my favorite designers in the Philippine fashion scene, is launching his Spring/Summer 2012 collection on Saturday, March 10. Dubbed Athletenique , the collection is, as the designer puts it, his reaction to his current philosophy that "fitness is fashion." Laurel is giddy about this new collection, even calling it "one of the most exciting collections he has ever dreamed of" in his blog . Athletenique is a fusion of athletics and ethnicity, so the pieces are mostly sportswear-oriented. The prints and patterns, meanwhile, are responsible for the ethnicity or tribal aspect of the collection -- but certainly not in a literal sense.
Read more