May 28, 2011
What its home network branded as "Ang Ina ng Pinoy Teleserye," Mara Clara is now on the homestretch, with its finale slated on June 3. I'm happy they're ending it while it's still on top -- and consistently so! Okay, so the story may have dragged in some episodes but overall, the remake was still fast-paced, especially when compared to the 90's original. 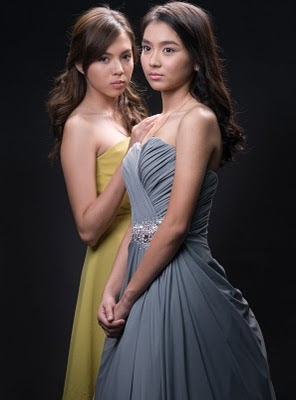 Going back, I thought of sharing with you some of the lessons I've learned from sporadically watching Mara Clara. This is not a countdown but a random list. Here goes...

1. Never enter into a relationship with someone you do not really love (especially if that someone isn't good-looking at all). Do you really think Alvira was in love with venom-spewing villain Gary back in their college days? She may have realized this later on, which is probably why she broke up with Gary. But the guy turned out to be an obsessive, delusional psycho who was hell-bent on winning her back -- through all those years! Hence, Alvira is to blame for all this mess, not Gary.

2. Order a DNA test on the baby you're bringing home from the hospital. You see, he/she may not be yours after all. In case you forgot about the test (blame it on the epidural), take a good look at the child, then take a good look in the mirror and identify the similarities. If there are none, repeat this procedure but with the daddy this time. In case you still can't fathom where the baby got his/her looks, then it must be someone else's child. Dispose of the baby ASAP before you develop some emotional bond with the creature.

3. A child is simply born the way he is. Stop blaming a kid's a-hole attitude on what he sees on TV, his environment, his classmates, or on spoiling him. He was born that way. Even in the case of twins while still in the mother's womb, there will always be someone who's more aggressive than the other. The attitude comes with the child. It's already "bundled" into one cute little package you cluelessly refer to as "your little bundle of joy." So even if Clara did grow up under Susan's tutelage, she would still be the same bitter and scheming girl that she is today. And Gary? He was also born that way.

4. Stop being all meek and humble all the time. Learn to assert yourself! I mean, common, look at what Mara got in return -- nothing but misery.

5. You may be academically gifted but that doesn't mean you're smart. There's a stark difference between the two. Amante and Alvira may be academic achievers but Gary is the smart one. The smarter one. And Gary beat the crap out of everyone else. Ditto for Mara and Clara.

6. Always do a clean job. DIY is a no-no, outsourcing is a go-go! And make sure you clean up all traces of evidence that may point back to you (and that may include people). Careful planning and excellent acting are also both imperative. Gary pretty much exemplifies all of this, including the fact that what spelled his downfall was when he got a little too personally involved in his schemes. Don't get too emotional, that's it. Oh, and remember when Clara framed Mara for cheating? Clara was never identified as the culprit. Bravo!

7. You can never ever trust the police. Who can? Do you? Why, did they ever manage to catch Gary on their own? Were they able to identify the culprit of the Mara and Clara kidnapping? Pfft! A definite no-brainer. 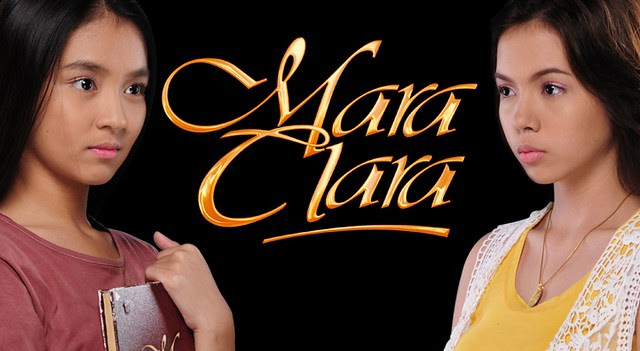 8. Before burying someone, make sure it's the right body. This especially applies to bodies that are burnt or desecrated beyond recognition. Imagine all the expenses for the wake and the burial itself, the unnecessary emotional agony you caused other people (including that little girl), and the fact that everything is just such a stupid waste of time. Never mind about your agony because you'll still be grieving anyway. If in doubt, order a DNA test.

9. Never make empty threats. If you do make a threat, make sure it's something you can back up. If not, and all you intend to do is bluff, make sure you look the part. Whenever Amante threatens Gary, what happens? It all just comes back to imbecile Amante and worse. You see, he never looked the part of someone who'd actually execute a threat. The same holds true for Alvira. And Mara? You may have applauded her for finally standing up to Clara and delivering the first blow but what happened? Nilublob lang siya ni Clara sa drum ng tubig! (She just got dunked by Clara in a barrel of water.)

10. Get real. When Amante says Gary will pay for all that he's done, it's merely wishful thinking. He needs to actually do something and make him pay. When Alvira says they'll finally live in peace after Gary was sentenced to up to a year in prison, who is she kidding? A year is definitely not forever! When Susan and Aling Lupe continuously hope that Clara and Gary will one day change their ways, respectively, that will never happen. See Lesson number 3. This also holds true for Gary, who, until the end is hoping that she'll win Alvira back. He should listen to Clara.

One last week to go. Let's see how it all ends.
lifestyle mara clara tv