40 years later, Martial Law is "back"

September 21, 2012
Forty years ago today, then-President Ferdinand Marcos signed Proclamation No. 1081, effectively declaring the entire Philippines under Martial Law (According to Wikipedia, it was actually signed on Sept. 17 but was postdated to Sept. 21 because of Marcos's superstitions and numerology beliefs.). It was formally announced to the public on Sept. 23 on live television. Widely considered to be of the darkest periods in Philippine history, Martial Law was used to silence critics of the Marcos government. Many dissenters were arrested and incarcerated, one of whom was Benigno "Ninoy" Aquino, Jr., father of current sitting President of the Republic, Benigno "Noynoy" Aquino III.

Interestingly, on Sept. 12, 2012, Noynoy signed into law Republic Act No. 10175, otherwise known as the "Cybercrime Prevention Act of 2012," which is, according to Section 31 of the same law, to take effect "fifteen (15) days after the completion of its publication in the Official Gazette or in at least two (2) newspapers of general circulation." 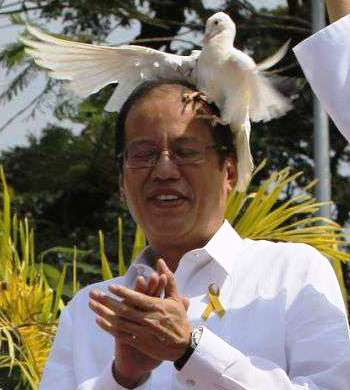 Online or cyber libel
While there is virtually no opposition to the law as far as "known" cybercrimes such as hacking, cyber fraud, identity theft, and even cybersex and online pornography go, there is much uproar over the inclusion of "online libel" as one of its punishable acts [Chapter II, Sec. 4(c)(4)], which many believe is an assault to freedom of speech and internet freedom in general, and that it will only be used to silence critics of the current administration. Yes, libel is now read in the same breadth as cybersex and child pornography! As such, RA 10175 has already been nicknamed by some as the "e-Martial Law."

But what constitutes online libel? Well, the law merely refers it to Article 355 of the Revised Penal Code but with the amending clause that it is "committed through a computer system or any other similar means which may be devised in the future." Fine.

Unfortunately, Article 355 doesn't really define libel. It simply enumerates the means by which libel can be committed, as the article pertains to the definition of "libel by means of writing or similar means." So we have to refer to Article 353 instead:


Article 353. Definition of libel.
A libel is a public and malicious imputation of a crime, or of a vice or defect, real or imaginary, or any act, omission, condition, status, or circumstance tending to cause the dishonor, discredit, or contempt of a natural or juridical person, or to blacken the memory of one who is dead.

Still vague
Still, what does "committed through a computer system" really mean? Blog posts are, without doubt, covered by this provision. As for Facebook and Twitter posts, maybe. I mean, even Deputy presidential spokesperson Abigail Valte is not sure, having said that it is "up to the lawyers to determine." Really? How vague then is this law!

Are comments on Facebook, Google+, Tumblr, Instagram, Flickr, Lookbook, blog posts, and forums covered? As a blogger, am I liable for my comments section? How about Likes, Favorites, Retweets, Reblogs, Shares, +1s, and Hearts? Can persons be held liable over these? What if someone assumes your identity and posts potentially libelous material, what would be your defense? How will the courts verify the authenticity of the supposedly libelous material?

I guess we all just have to wait until the implementing rules and regulations are released then.

Presumption of malice; truth not a defense
I still cannot quite understand this one-sentence provision in RA 10175 and what libel really means. I'm no lawyer, so I read up a bit. From what I've gathered, there is always a presumption of malice in every defamatory imputation. If so, then a libel case is always already slanted in favor of the accuser from the very start and proving otherwise becomes the burden of the accused. Funny that while an accused party is always considered innocent until proven guilty, it doesn't look the same way with libel.

Moreover, truth virtually cannot be used as a defense in libel cases because the accuser can always claim that there was malice involved. So how can one prove that the supposedly libelous material was made with good intention and justifiable motive? I don't know.

Penalty
Despite campaigns to decriminalize libel, as what the United Nations Human Rights Committee (UNHRC) has been advocating, our government instead went with a retrogressive move with RA 10175. Despite his promise to enact the Freedom of Information (FOI) Bill, Noynoy Aquino instead slapped all of us with a potential silencer.

Libel being a crime, you can say imprisonment is guaranteed along with a fine. As for online libel, the law has a devious streak to it, not for the fact that punishment for online libel is "one degree higher than that provided for by the (archaic, no matter how amended) Revised Penal Code," according to Section 6, but because this section was curiously placed under Chapter II, which lists the punishable acts, instead of Chapter III that details the penalties. I myself got confused as to where netizens got the "one-degree-higher" thing but apparently it was right under my nose, hiding in plain sight. Hmn... Or maybe I was just stupid.

Still, tweets, Facebook and forum comments can potentially get you in jail? That's just crazy. Okay, maybe blog posts and other online articles can be damaging to a person but how will authorities deal with their respective comments sections? Can they go after the people behind hundreds of comments in one single post? How do they deal with those hiding under pseudonyms, fake and anonymous identities? How?

Sotto's role
With all this outcry over this new law, how come no one seemed to have noticed the libel clause long before it was approved and signed into law? Apparently, everybody's favorite senator, Tito Sotto, had something to do with it. 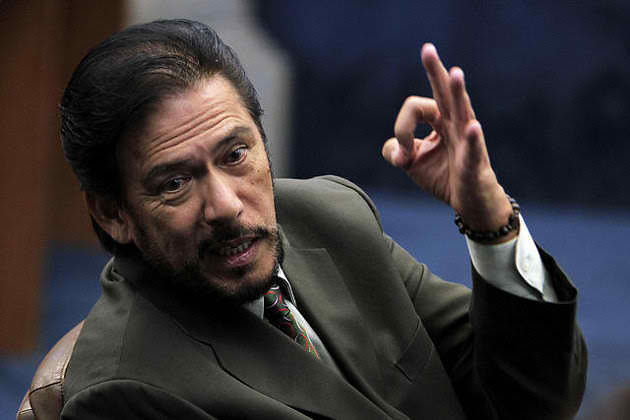 In a blog post by Raissa Robles, Sotto's chief of staff, Hector Villacorta, confirmed it was the beloved senator who made the insertion. But asked why, he said he had to ask Sotto.

In that same post, Robles said she examined both House and Senate versions of the bill and found no mention of "libel" or "cyberbullying." That teeny-weeny section on libel apparently never underwent any congressional public hearing, and no document containing the libel provision was ever made public. Robles also wrote that the insertion was made in January when everyone's attention was on the Corona Impeachment, and that it was approved verbally by Senator Edgardo Angara, the bill's main sponsor.

Although Sotto, following online attacks on him regarding his plagiarized speeches -- which, by the way, clearly contained plagiarized material -- had warned that his detractors better watch out once the Cybercrime Law is enacted, in fairness to him, he did make the insertion long before these plagiarism attacks started. But still, it was a sneaky maneuver on his part.

Don't get me wrong. I'm all for being responsible over what all of us post online but my fear remains that this law will be used -- and abused -- by those in power to silence opposition and criticism. It is also my fear that instead of law enforcement agencies nabbing online fraudsters and cybersex offenders, they'll all be swamped by libel-related investigations. And oh, spamming is also already considered a cybercrime. How sure are we that identity theft, credit card fraud, cybersex and child pornography will not be trivialized, if not forgotten, with the potential barrage of online libel complaints? Can we be assured that such will never happen?

So what now?
Whether or not libel -- online or otherwise -- as a crime is against the Constitutional guarantee of freedom of speech, the fact remains that the UNHRC has already said that it runs against certain provisions of the International Covenant on Civil and Political Rights (ICCPR), of which the Philippines is a signatory.

Meanwhile, a bill by Agham Partylist Representative Angelo Palmones seeking to decriminalize libel is still pending in Congress. Senator Gregorio Honasan has likewise filed a similar bill but with emphasis on responsible journalism.

Good luck on getting these enacted into law.