March 11, 2014
My EDTs were running dry, so I really had to get a new one. I was hoping for something not too expensive, with a conscious attempt at holding off getting another Terre d'Hermes for the time being. But then I found myself at Rustan's--yes, perfect place to find something inexpensive--and tried on some scents. Then I ended up with this: 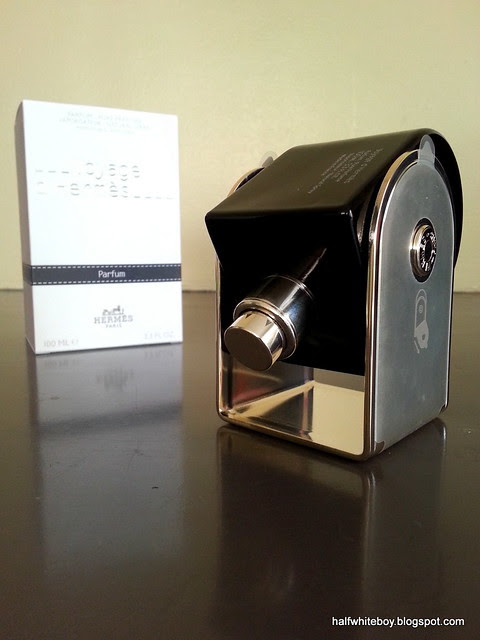 Not Terre d'Hermes but still Hermes. Nice try at "holding off" and finding something "inexpensive." Anyway, the choice was a surprise because I already tried Voyage d'Hermes before and was left disappointed. It was a good scent except that it just had some serious longevity problems.

But then I was presented with its perfume version, which of course, was expected to last longer than its EDT cousin. Because it's oil-based and more concentrated than the EDT, it was also slightly more expensive (Php 7,000 vs Php 6,000 for a 100mL bottle). I took a spritz and bam! I was reminded of why I loved the scent in the first place. 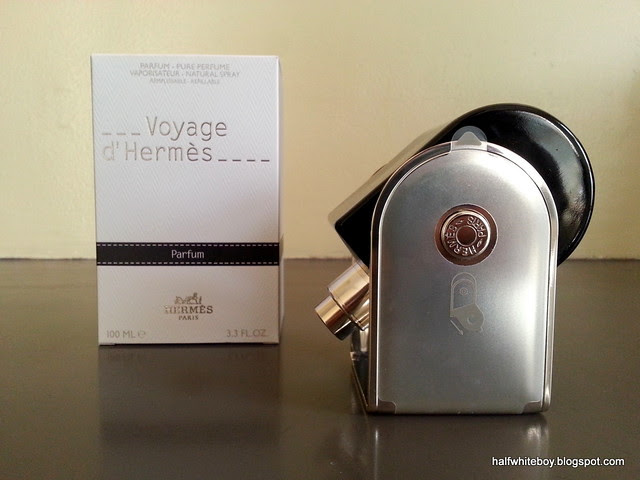 When first sprayed, Voyage d'Hermes comes off as fresh, courtesy of its citrusy top notes. It then graduates into a warmer and deeper scent that's musky and woodsy, with hints of floral and tea in there. I personally like warm scents so this works very well for me. As promised, it does stay on much longer than its EDT cousin but I can't say it's as long-lasting as other perfumes. But it's good to last the whole day from my experience.

As for the packaging, it sports the same playful design as the EDT's--that same flipping bottle that hangs upside down when at rest--only it has a dark purplish color, not clear glass like the EDT's. 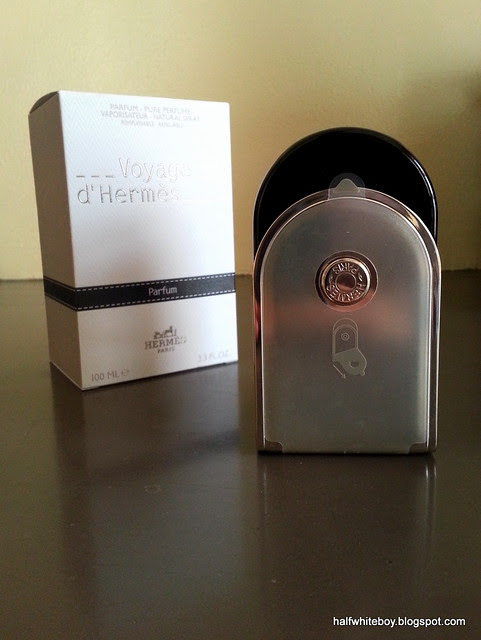 While I'm discouraging anyone from getting the EDT, this perfume version of Voyage d'Hermes makes it to my recommended list. Available in 35mL and 100mL refillable bottles, I'd say go for the latter because the price difference isn't commensurate to the contents you're getting. Oh, and by the way, it's unisex.