September 28, 2014
Wearing darker-hued trousers leaves a man with much less trouble in picking a shirt and jacket to go with it. Now colored pants--much so bright ones--can be a little challenging at times. But then it's nice to wear some color, even on occasion.

I previously showed some ideas on how to wear green pants and how to wear orange pants based on how I've worn such items in the past but now let's turn to something that's much safer in my opinion. It's called by many names--bordeaux, maroon, wine--but however you call it, here are a few personal experiences with this pant color.

Pair it with brown
Black is probably the safest to use with maroon pants but try adding some brown into the mix. In this look I put on a brown plaid blazer that just happened to have some nice maroon lines that easily anchors the blazer to the pants. But with or without those lines, most shades of brown will work on their own. 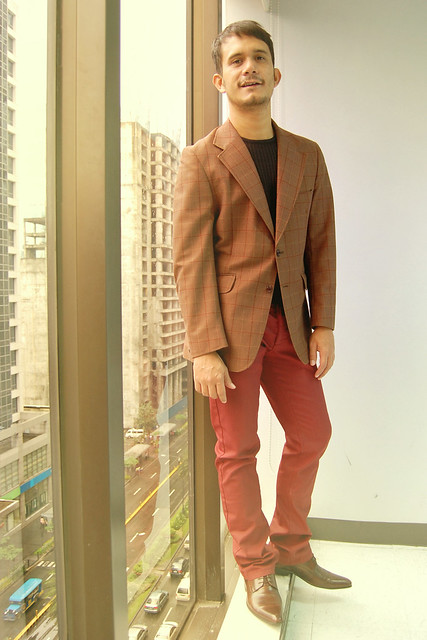 Embrace the blues
Blue makes for a nice contrast to bordeaux. Be it navy or a lighter shade, blue should go well with maroon pants. Here I had the luxury of using two shades at once. Black or brown shoes should do well in capping off the look. 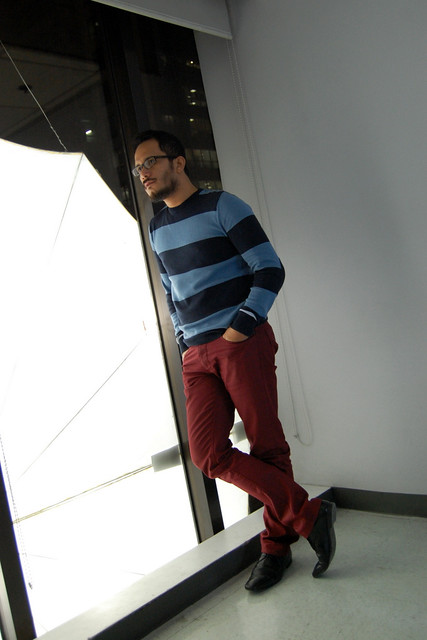 Go green
A fluorescent green top just pops out and wine-colored pants prove the perfect complement to it. This one here's obviously a casual look and rolling up the hems of the trousers further accentuates the sockless look. I also added another green item, by the way, in the form of a leather jacket. 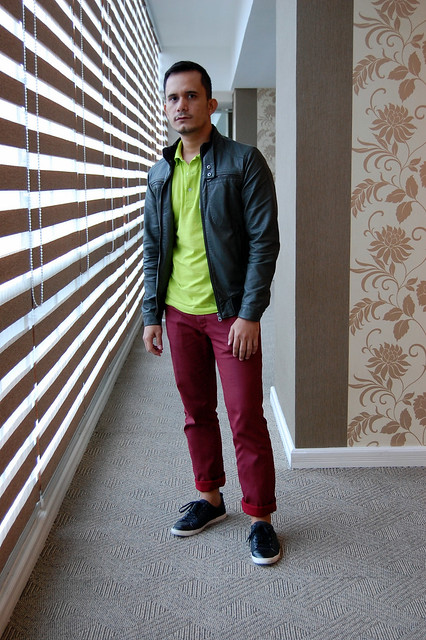 Embrace the dark
Now if you want the pants to really shine, wear everything else in a dark color, like this navy cable-knit cardigan and black shoes. 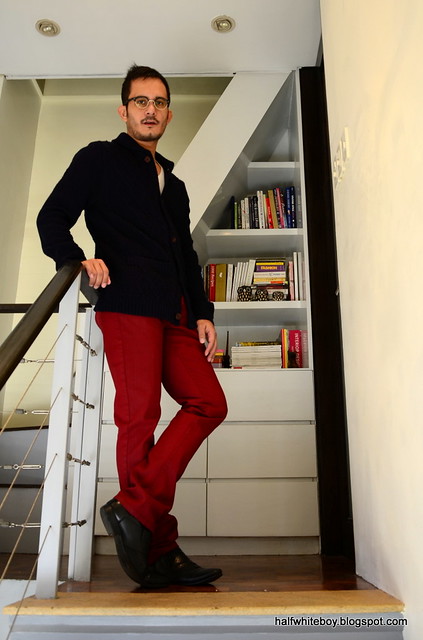 Lighten up a bit
It shouldn't always be about black. Try white, or at least something with white or white that has something else on it. I already said brown works with maroon so this patterned polo in several shades of brown and with white sleeves and collar isn't such a far-fetched idea. While I picked an ombre pair, feel free to try different shoes to go with this look. 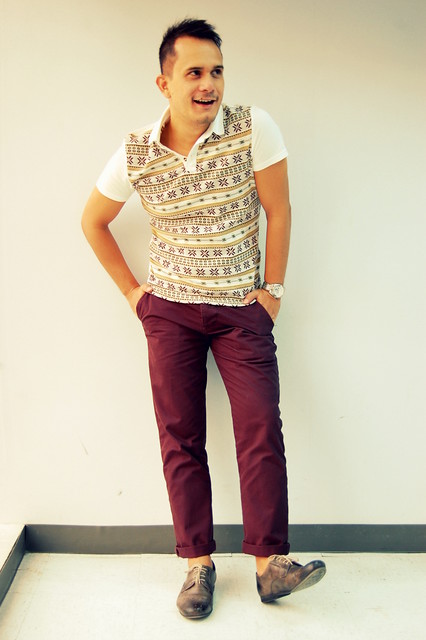 Mint-fresh
Much like fluorescent green, mint green also fits perfectly with maroon. I surmise that pastels should also work. Think pastel blue, green, yellow, and even pink for a look that's refreshing to the eye. 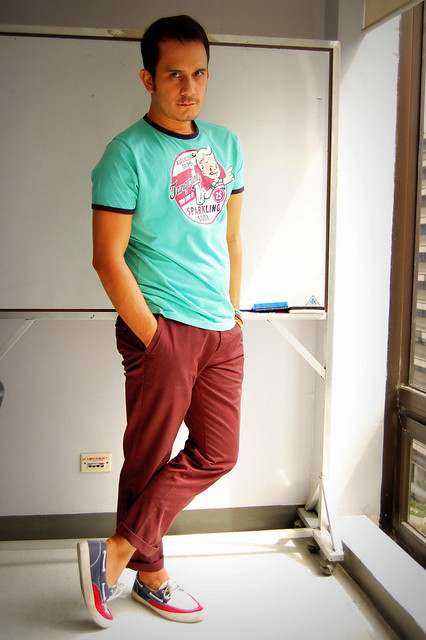 Go wild
Experiment with other colors because you'll never really know which items from your closet will prove to be a winner with maroon. Fed up, I tried all different colors all at once with this look here (Haha!). It's still basically white, though. The multi-colored print on the tee just happened to work. 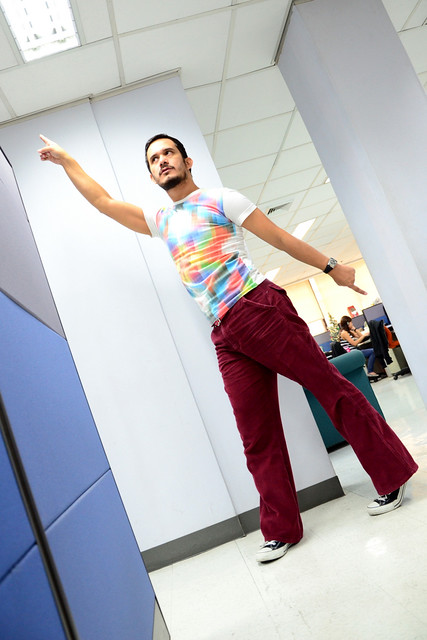 Full on maroon
This will most likely work only in a suit because if pants and top are not cut from the same fabric, there will always be a variation in shade, no matter how slight, and it'll just look weird. Go put on a papier-mâché bear head if you must. 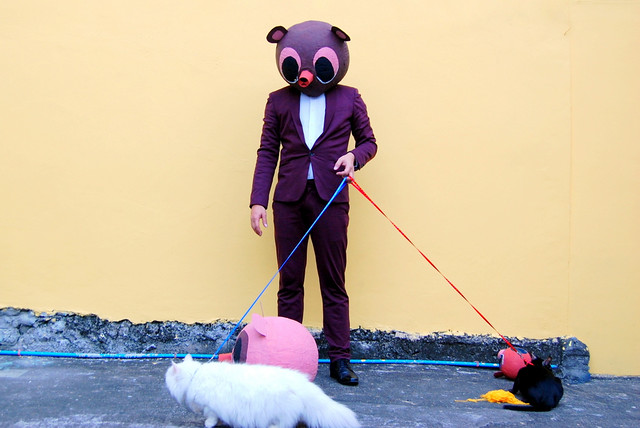