LOOKBOOK | Joining in the madness of opening day 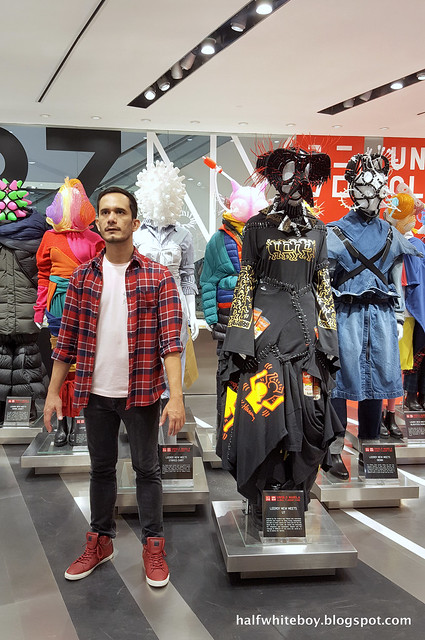 Wanting to belong. I'm a fan of Leeroy New's work, by the way.

So I found myself sneaking out during lunch last Friday to check out the just-opened Uniqlo Manila flagship store, touted to be the largest in Southeast Asia. This is so not me because I typically avoid crowded spaces and I hate long lines. But I guess I love Uniqlo so much. Besides, I didn't think the crowd would be that big at lunch time. I reckon it would be much worse in the evening and on Saturday and Sunday.

Turns out I was somehow right because there were no more lines at the store entrances when we arrived. And because there was just so much space, it wasn't as chaotic inside. The lines at the cashiers, though, were really long but were moving at a relatively decent pace. Staff were already approaching queueing shoppers to remove those magnetic sensors before they even reach the cashier.

Lo and behold, I didn't realize I was wearing head-to-toe Uniqlo! Purely unintentional. I simply didn't want to be in plain t-shirt and jeans but didn't want to put a jacket on either because it was a warm, sunny day.

So I took a flannel shirt, wore it over my tee, buttons left undone. Some layering there but not as heavy as a jacket. The choice was entirely driven by which colors complemented each other. It's not a look I normally go for but hey, I was digging it. And in keeping with the color scheme, red sneakers it is to finish the look. 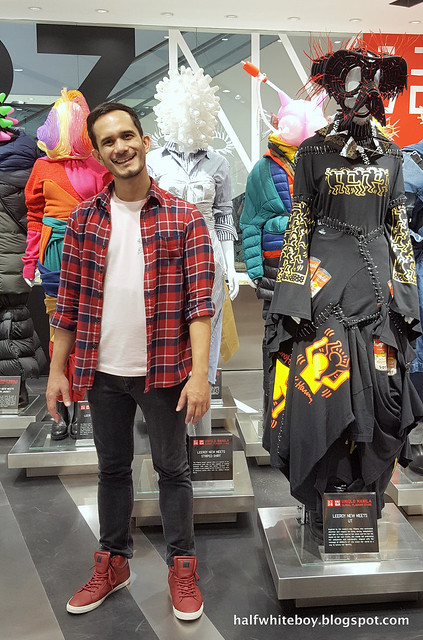 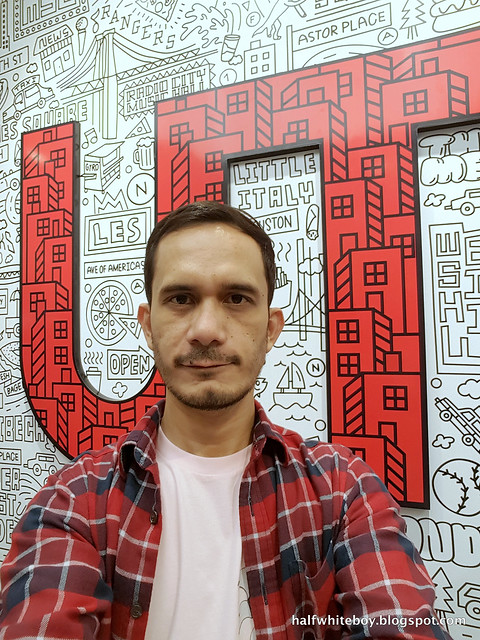 Selfie while waiting in line. 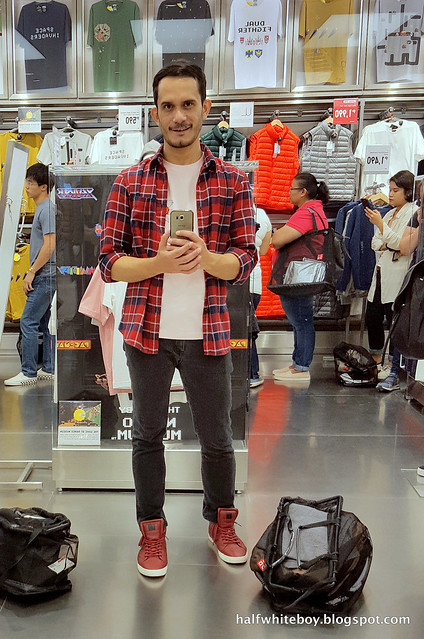 Oh, a mirror! Keeping myself entertained while inching my way closer to the cashier.

My t-shirt's been hiding behind the flannel shirt all the time. But Elmo's been coyly peeking every now and then. Now let's set Elmo free! 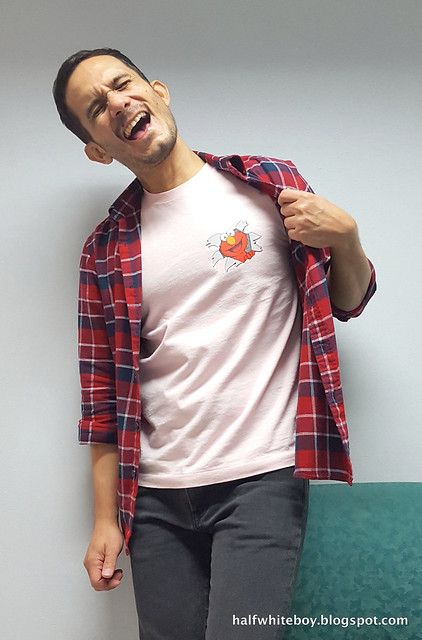 Did I get the smile right? 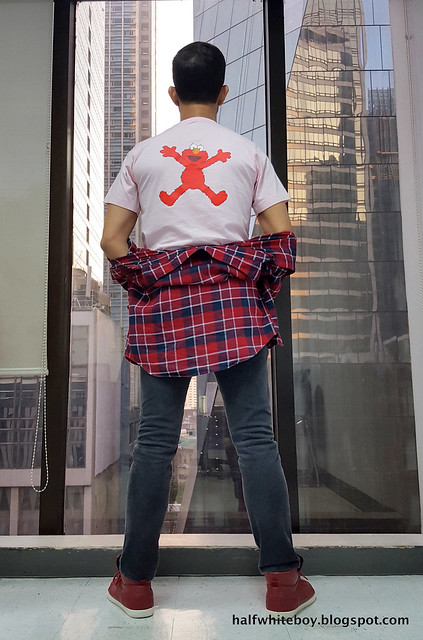 The personification, er, muppetification, of Friday.