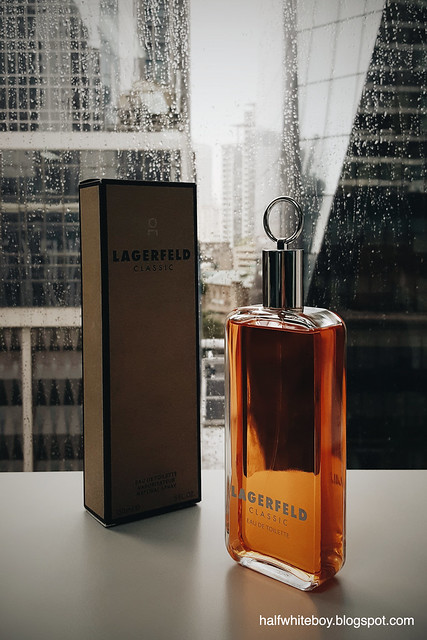 Although not as popular as it probably once was, Karl Lagerfeld Classic has somehow endured and is still available to this day. This 1978 release is also very affordable now and I'm just glad to have snatched a bottle. The dark orange juice, in full display from inside its slender bottle topped with a silver cap and ring, just excites me, as if promising something strong and good.

A citrusy, herbal blend barges in, strong, masculine, and distinctly from another era. A tobacco note soon follows—dry tobacco leaves suffused with just a little sweetness, easing off some of the bitterness but not to the point of wiping it all out. It's not as glossed over as Tom Ford Tobacco Oud, for example, so you can still get a grip of its wonderful rawness.

The tobacco melds with the lingering notes from the opening, the latter somewhat masking the tobacco's true character before gradually revealing its full power. At some point I even get a slight powdery accord wafting around. An hour or so later everyone but the tobacco leaves, itself now beginning to wane.

Eventually the scent settles on its musky base, which had been bubbling under for some time, occasionally even competing with the tobacco for attention. This is no soft, barely-there musk, though. It projects! And it does so with just the right intensity for it to get noticed without being overbearing. This goes for about 2 or 3 more hours before it starts receding into a skin scent.

True to its name, Karl Lagerfeld Classic is indeed a classic. By all accounts, yes, it is dated. But I love dated. Besides, it's not a suffocating powerhouse—this current iteration at least—and is a nice interjection amid today's tide of contemporary fragrances. If you get the chance, try it and see if old fashion can work for you.