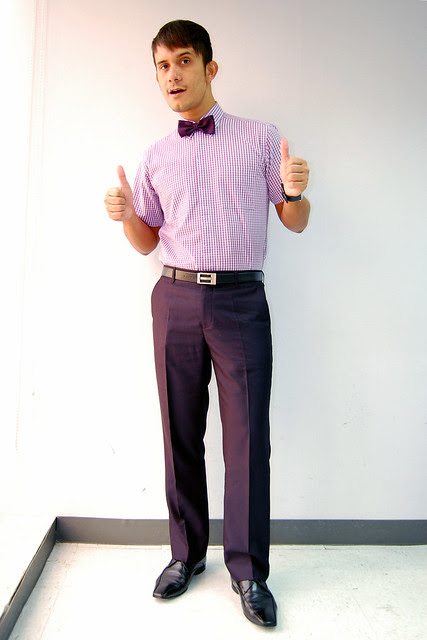 So a typhoon is coming but we're still on watch if it will actually hit the Philippines. Today it was very sunny, though, perfect timing for this short-sleeved shirt from Rajo Laurel for Wharton. The shirt actually came with a bow tie of the same pattern but I opted for contrast with this clip-on from Tieline. About the weather, I just don't know if it's gonna rain again later as was the pattern three days in a row. 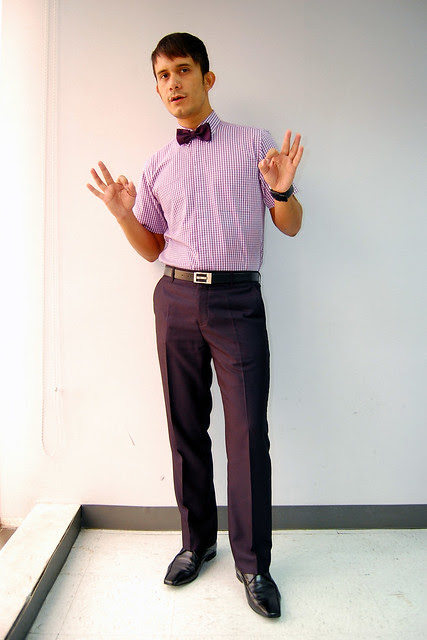