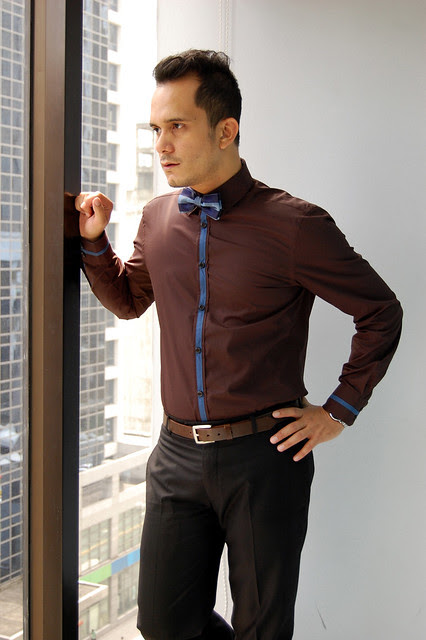 The shirt's from Celio. I don't think I would have gotten it had it not been for the blue detailing. I love such simple touches that instantly spice up any item. And because I didn't want to cover up the vertical blue line in front, I threw the necktie and put on a bow tie instead. Maybe I got carried away with all this blue that I also wore blue socks.

I didn't know what pants to wear, though. I initially thought of blue but none of what I had seemed quite right. I tried some brown but it didn't work either. So I ended up with black. I'd appreciate suggestions, however, some that I could use the next time around. 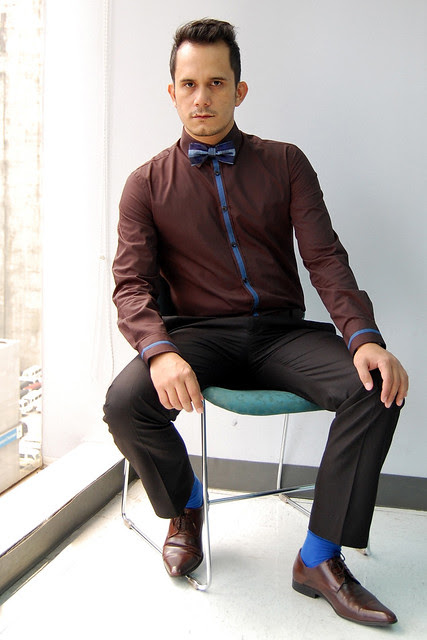 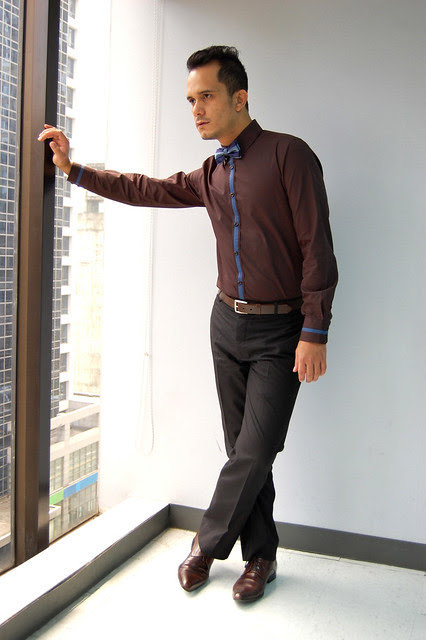