April 23, 2012
This morning I saw this photo on Facebook taken by Francis Xavier Pasion, a director at TV station ABS-CBN (according to his Facebook profile). I need not describe it anymore because the photo already speaks for itself. 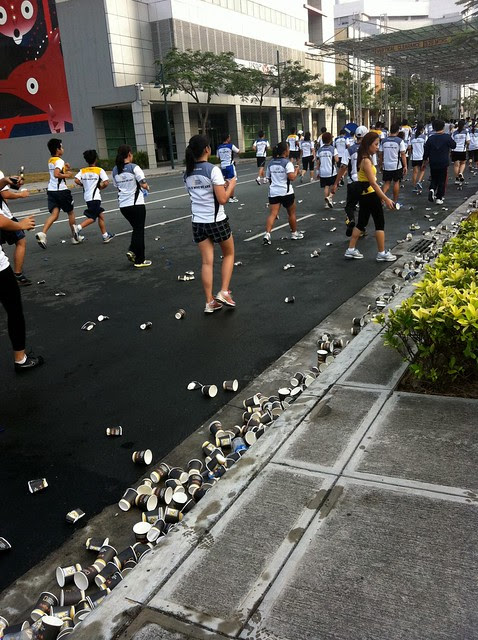 Disturbed by all the paper cups strewn all over the street? What's more disturbing, however, is that this photo was taken yesterday during an Earth Day run organized by NatGeo. Yes, Earth Day. How ironic.


I won't go preaching on caring for the environment and all that crap because I, too, am guilty of a lot of things. Now I'm just wondering who started this act of ditching his used paper cup in the gutter with such wanton disregard. And you know people; we normally take a lead from someone else. So before anyone knew it, there was already a pile of garbage there.

I honestly don't know how these runs go because I don't run, let alone pay just to run. Do organizers really have to provide water stations and disposable cups? Haven't they thought of letting runners bring their own containers that they can refill at these water stations instead? Could it be that the organizers thought that providing paper cups was more earth-friendly than plastic cups?