This is the last of three posts about the recently concluded Art Fair Philippines 2014. I know it maybe too late (definitely too late!) to catch it but I'm hoping to show you some of the artwork exhibited at the event just in case you're interested in anything. That said, you can check with the art galleries concerned.


*   *   *   *   *   *   *
When someone says art, paintings are what comes to mind first. But of course art isn't all about them. At the recent Art Fair Philippines 2014, I was also drawn to the sculptures and other creations that qualify as "display items" on your table, console, or shelf.
For instance, at the exhibition booth of Art Cube, I was wowed by the intricate designs and the sheer amount of detail involved in their Alice in Wonderland mixed metal sculptures by artist Daniel Dela Cruz. I mean, just look! 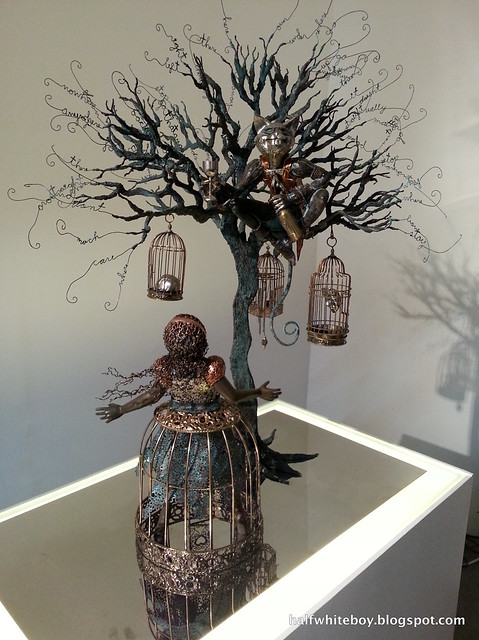 "Where do I go, I don't much care where.." by Daniel Dela Cruz, Art Cube 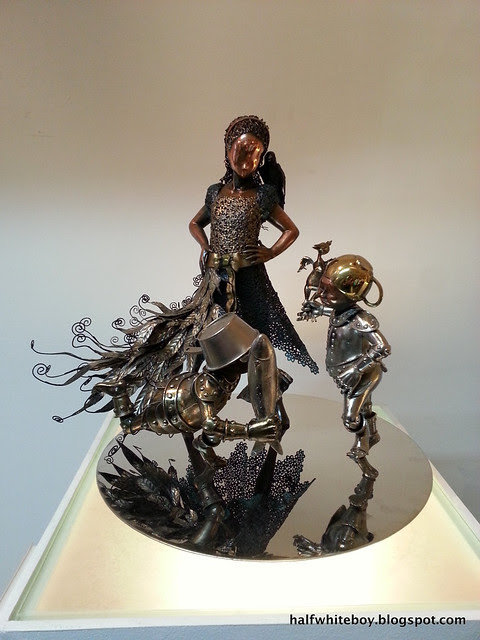 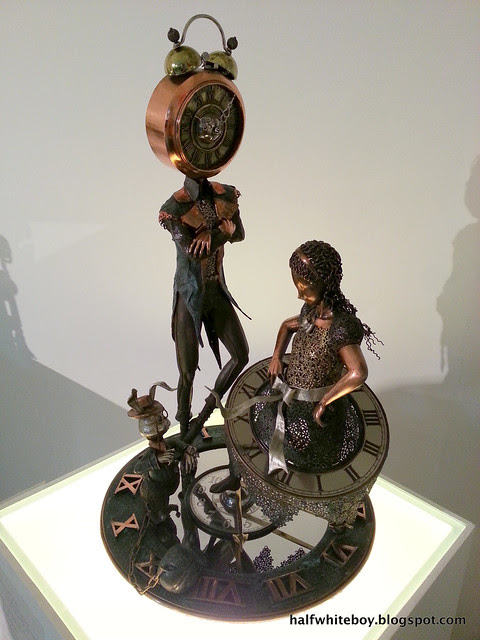 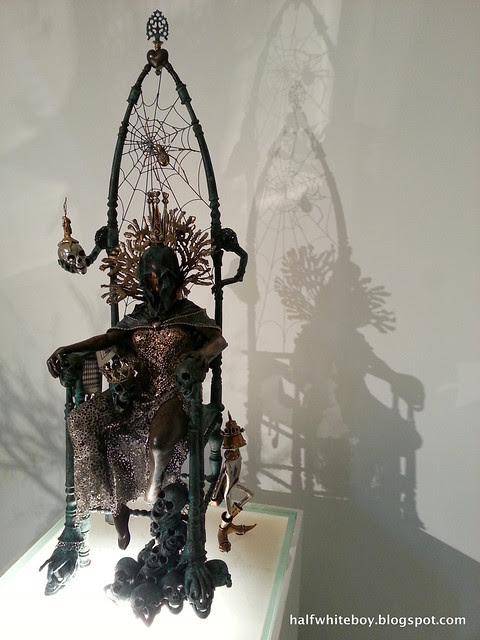 Art Cube
This one here is quite the stunner, with the installation continuing under the glass. Oh Alice, you better be careful; they're out for you! 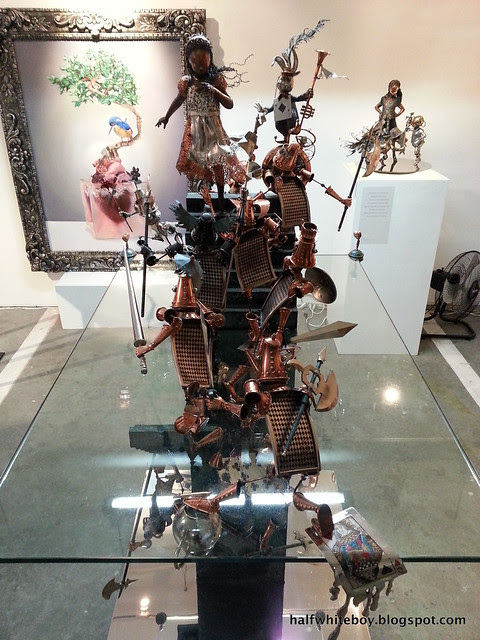 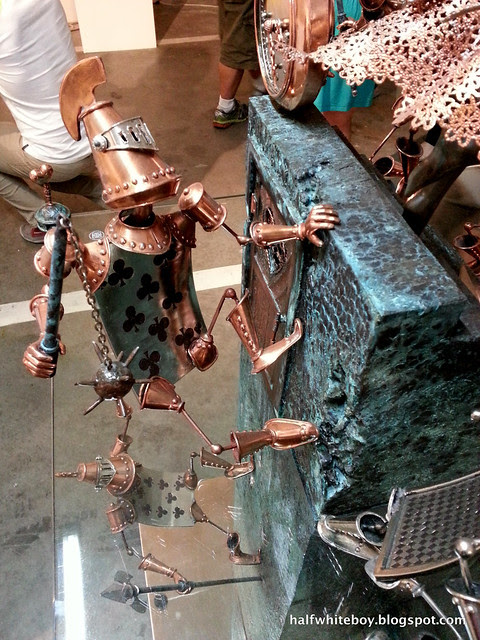 Art Cube
Another booth with both cool and strange knickknacks was by Mo_ (read as Mo Space). They had wire art, figures, and even golden feces. 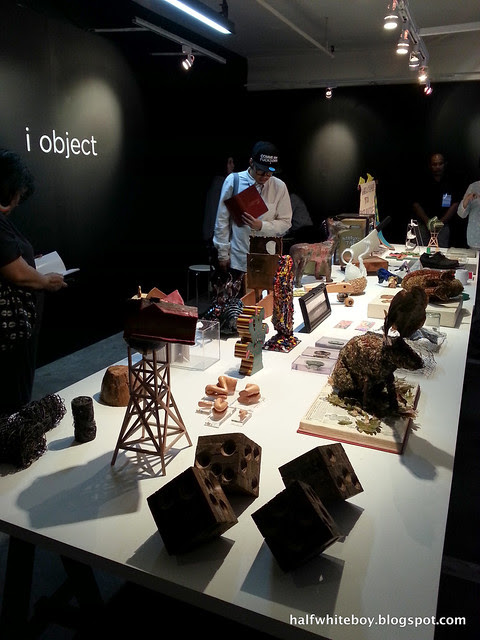 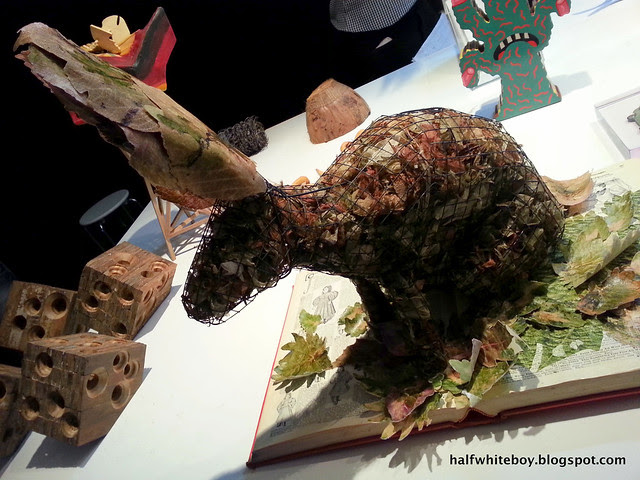 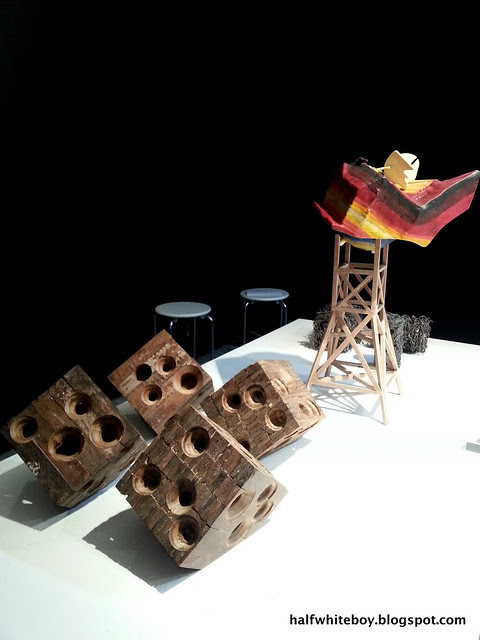 Filipinos may have heard of Nardong Putik, though not all of us may know who he actually was. But then there's Nardong Tae. (To my foreign readers, tae is Filipino for feces.) 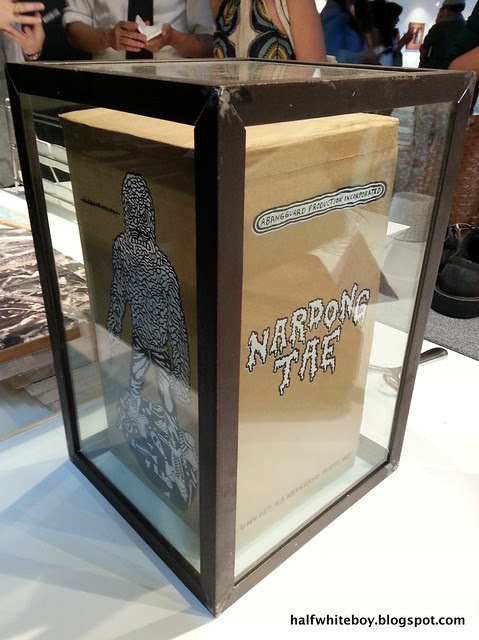 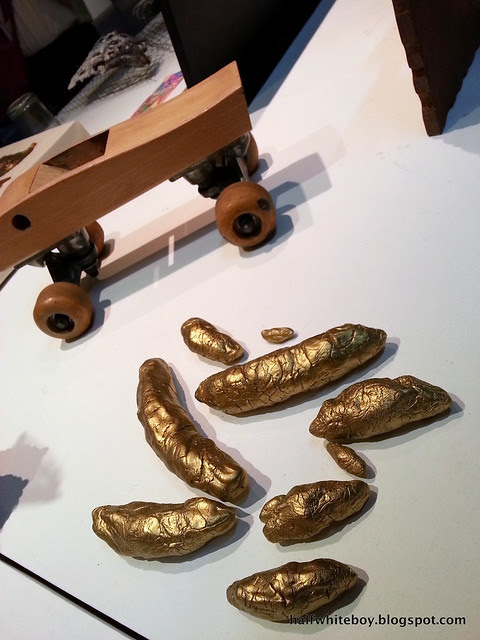 I also liked this mixed metal contraption of a cart from Liongoren Gallery. This gallery was responsible for the kitty chair in my previous post. 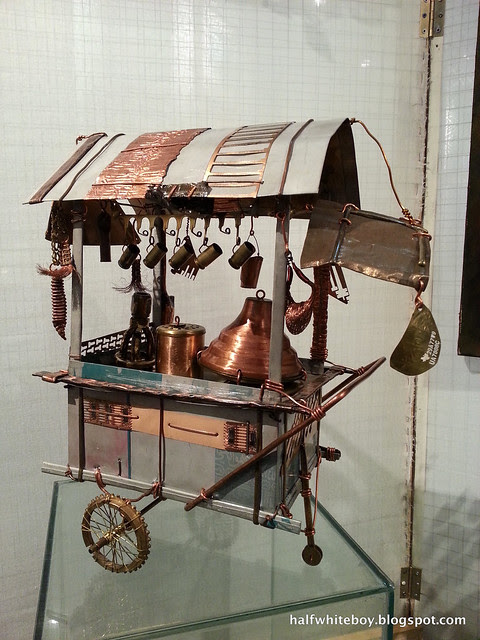 Then of course, those cute little lamps and wire figurines collectively dubbed as "First Light" from renowned furniture designer Kenneth Cobonpue had quite the visual impact. Simplistic in design, the pieces, especially the village people, are surprisingly very intricate when you look at them up close.

And as all of you may already know, this special Cobonpue creation was designed for Habitat for Humanity Philippines to help in the aid and rehabilitation of communities devastated by Typhoon Yolanda (Haiyan). They're still being sold through Habitat for Humanity Philippines (tel. +632-846-2177), at Swatch stores in Metro Manila, and at Cobonpue's showroom at the ground floor of The Residences Greenbelt along Arnaiz Avenue, Makati City. 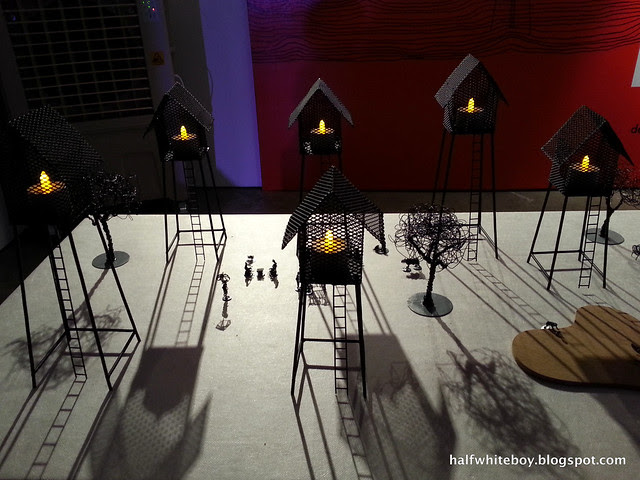 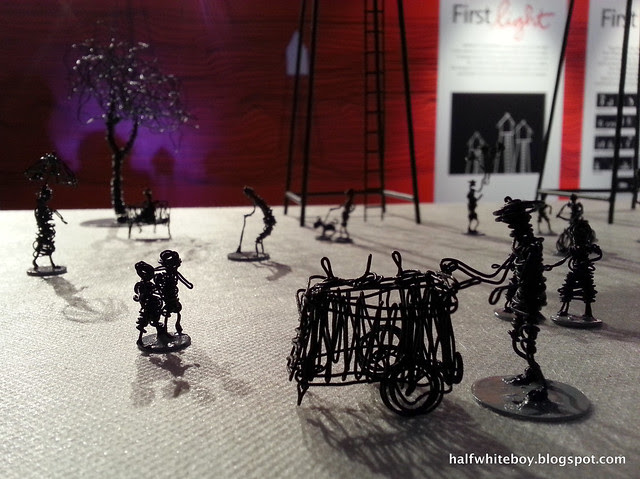 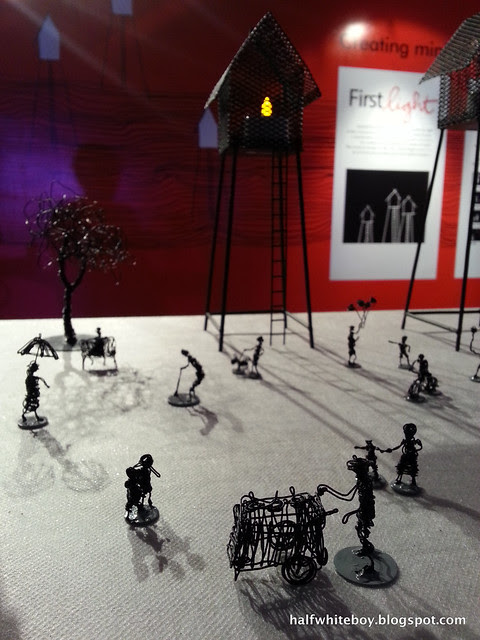 So there. However short, my experience at Art Fair Philippines 2014 was a good one. I enjoyed my time and this early, I'm already looking forward to next year's staging.