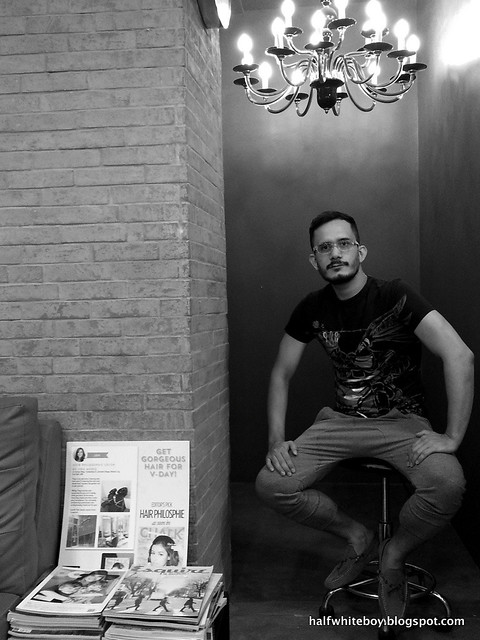 My first outfit post of the year! I never really intended to do one but since I was bored out of my wits at the salon, I asked Kwittiegirl to take a few shots of me with my phone. Plus it was as if the chandelier and the red orange walls were urging me to get on at it. 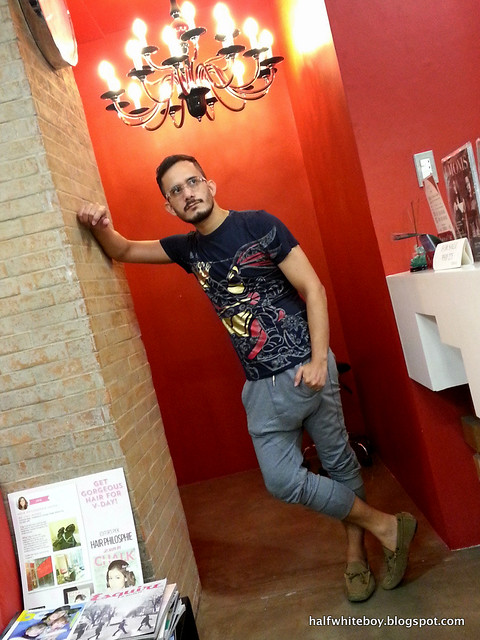 Red orange walls and chandelier make for a perfect setting for some photos, right?

It was a typical laid-back no-work day for me, so I wore these drop-crotch joggers I got recently. Yes, I've been bitten by the sweatpants bug that I want more of these comfy pieces, much so since more and more styles have been cropping up in stores that I can afford.

Pairing it with a tee is a no-brainer and sneakers would be your de facto footwear with this type of pants. But like that time when I tried wearing boots with joggers, I experimented with some loafers this time. I'm also particularly fond of this pair because I can't believe they're so cheap at only Php 1,600 (approx. USD35)! They're also locally made in Marikina, according to the saleslady, so it's a plus that somehow I get to support local shoemakers. I sure want more of these. 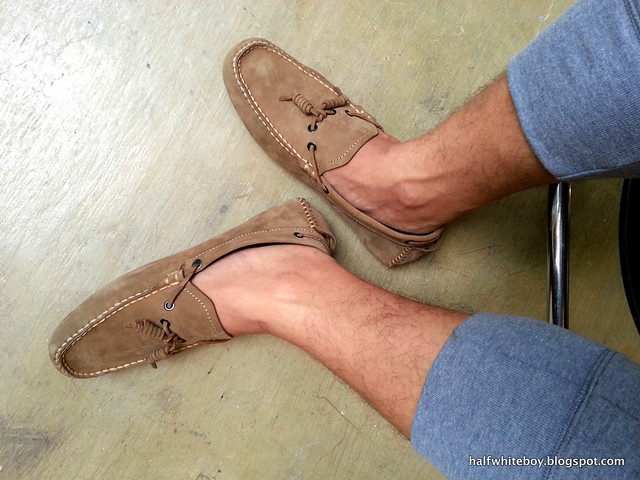 Anyway, this was what boredom made me do. 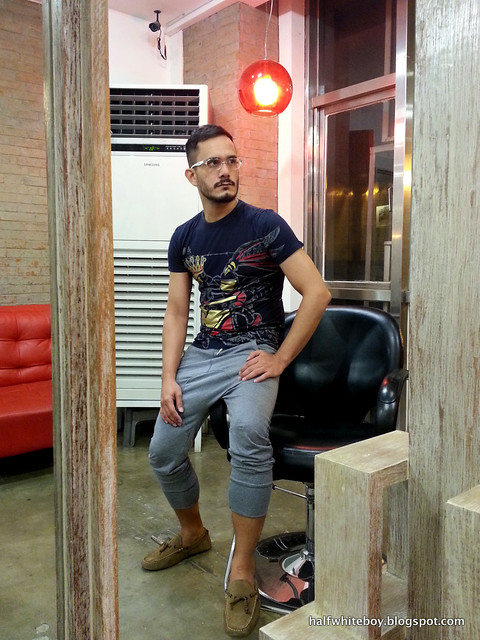 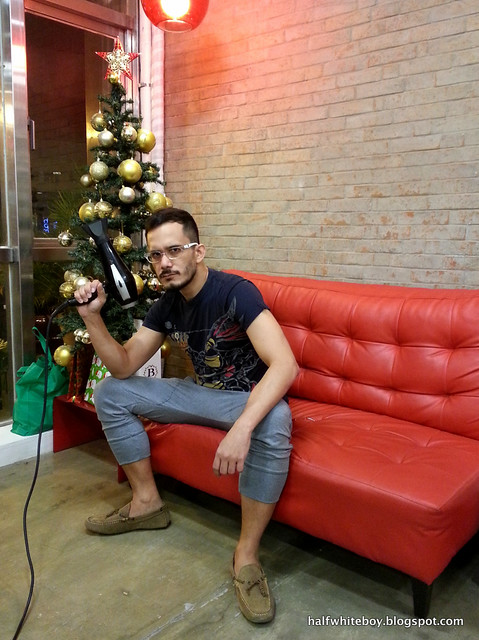 Do I look tough enough or what? 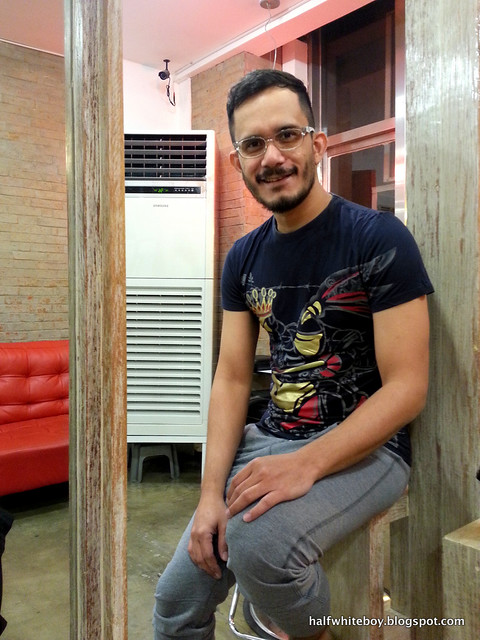 No trace of boredom, eh? 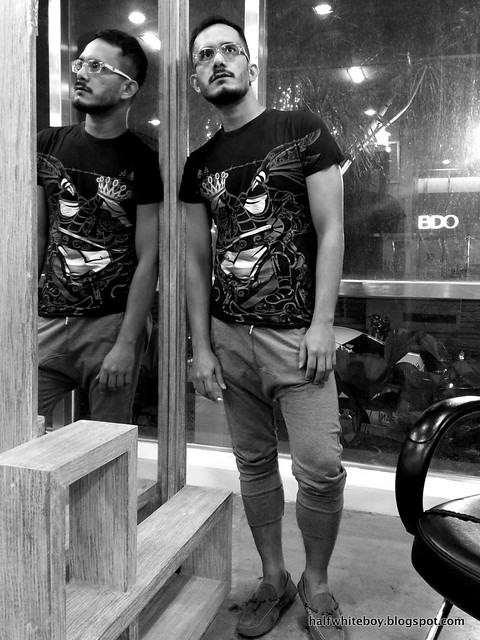 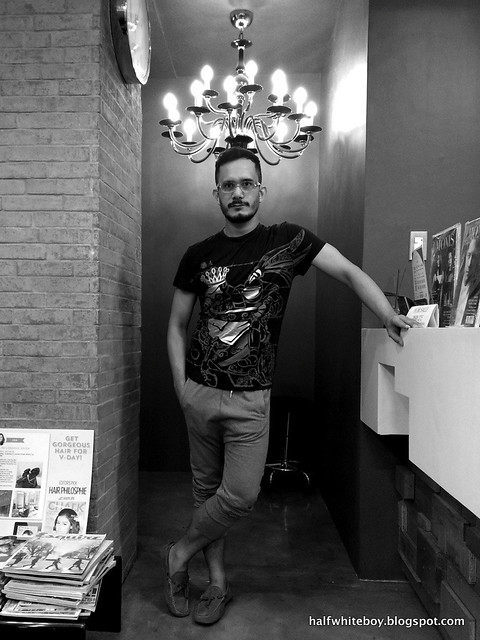 If only I could edit out those magazines and paraphernalia... 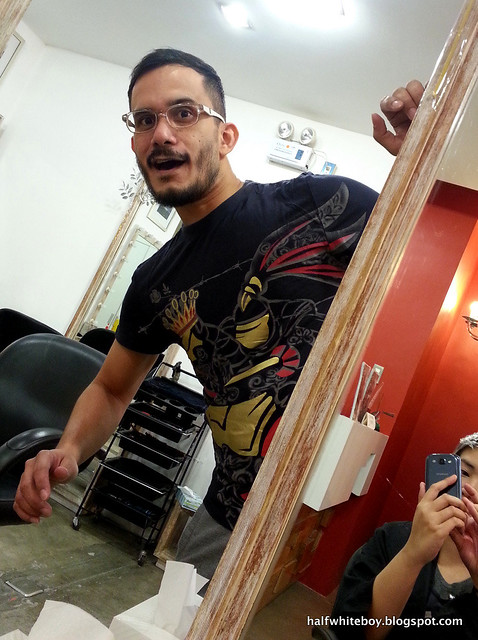 Me and my photog.