LOOKBOOK | Halloween 2018: Betrayus is my name

And just like that, Halloween celebrations at the office are over. As with last year, our department was supposed to skip the workplace decorating contest again this time--until our HR asked our boss to reconsider because we were the only ones not joining. And so we "had to" join.

This year's theme was "Now Streaming," in particular series that are available on either Netflix or iflix. Because every popular show was already taken, we searched through what else is available and ended up with Pac-Man and the Ghostly Adventures. Who knew there was a Pac-Man series!

I wanted to be Pac-Man because I'm always eating. I think it's so me. I even used to be called by that name back at my first job. But no, I was relegated to being the villain once again. Voldemort for Halloween 2014, Loki for Halloween 2016, now I'm a ghost. And it has a name--Betrayus. Just look him up on Google.

So how do we do Betrayus? Got a small umbrella that's worn directly on the head, white cloth, some tulle, cardboard, and fairy lights. It was the first time I didn't make my own costume. I entrusted everything to the costume team and let them do their thing. It wasn't really finished because we were pressed for time but hey, I still scared the hell out of a lot of kids, some adults even. And I don't know why because I thought I looked so cute. I mean, just look. 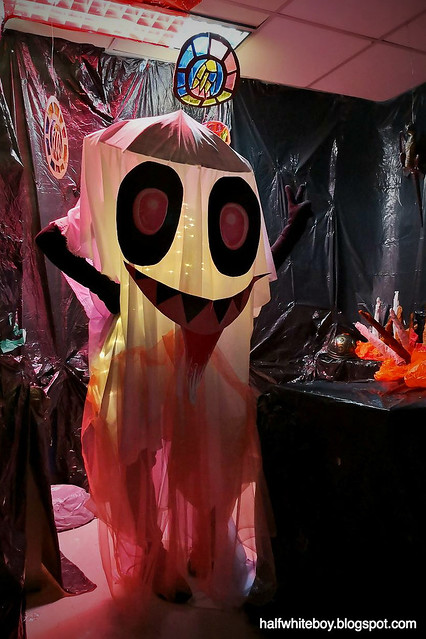 Betrayus feeling groovy in his lair. Strange but it looks like only lights behind that cloth. Spooky! 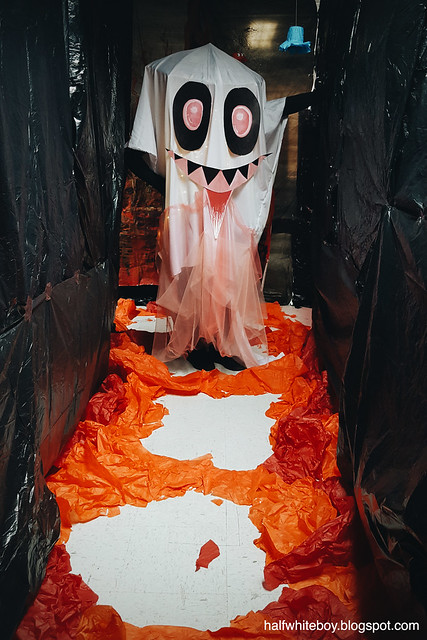 Betrayus wondering how many kids ignored the "Be careful not to step on the lava" warning and got burned.

Finally when the throngs of kids left, I got to leave my lair and check other areas out. 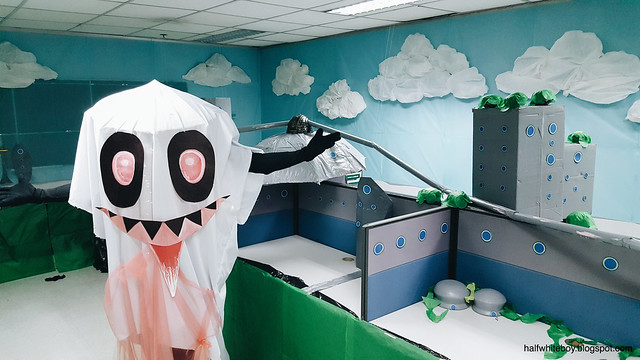 Ah, Pacopolis, home to Pac-Man and all the Pac-people, Pacquiao excluded. 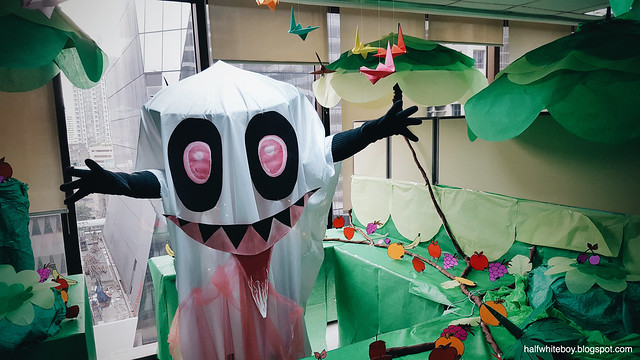 The forest and fruit area. 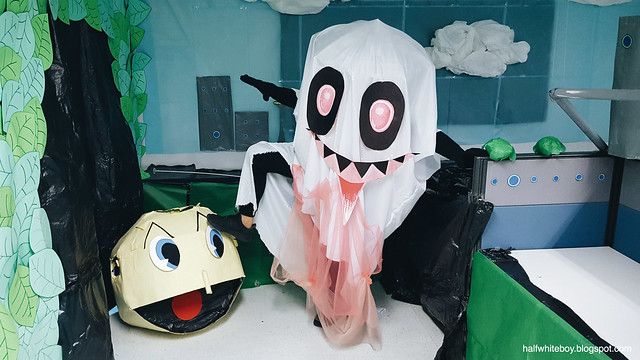 "I shall destroy you, Pac-Man!" 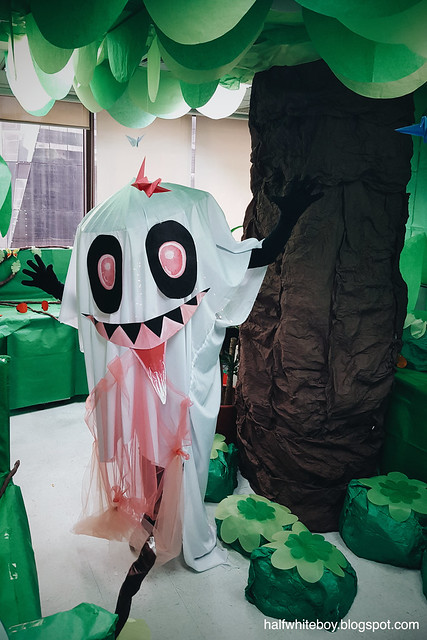 The forest was fun. 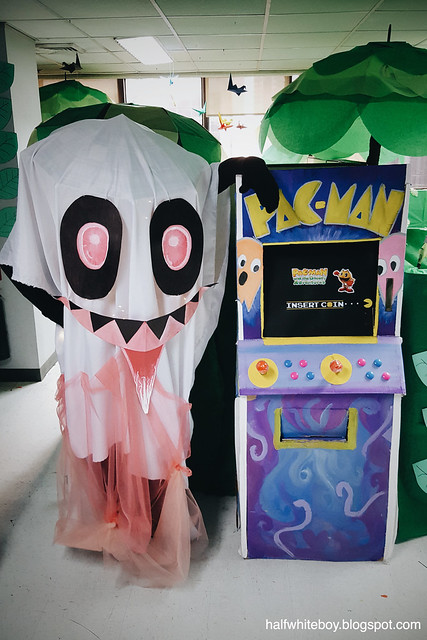 This was our candy-dispensing machine. Kids earned paper coins from the maze and from other activities, which, before exiting they exchange for candy. They insert the paper coins in the slot and candy is dispensed. Nifty!

I also tried some of the other costumes. It wasn't easy not seeing much from behind a cloth, you know. 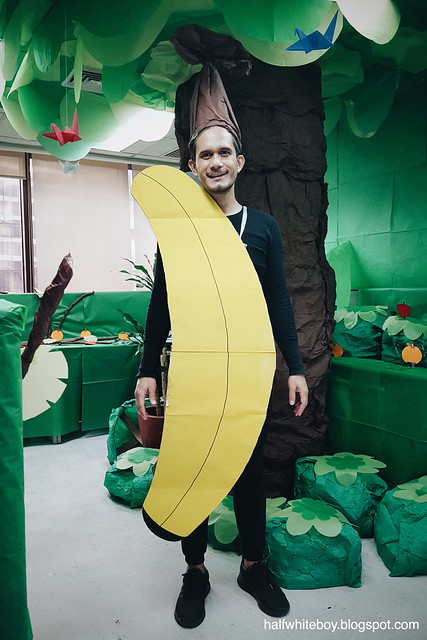 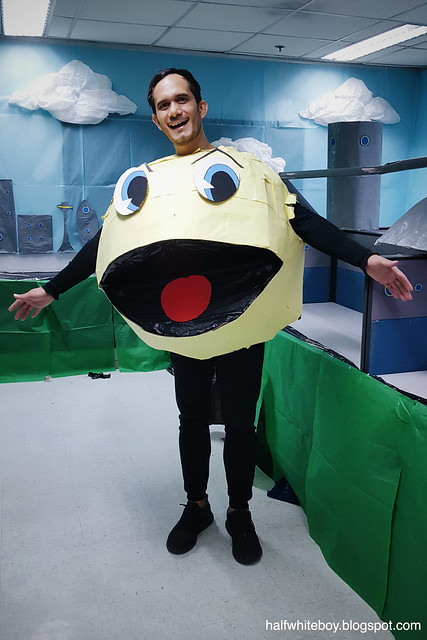 Finally I got to be Pac-Man!