FRAGRANCE | Who's afraid of Kouros EDT by Yves Saint Laurent? 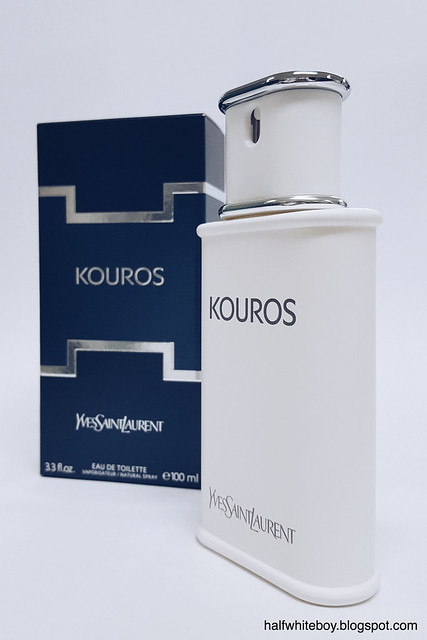 Much has been said about this 1981 classic by Yves Saint Laurent. Many have complained about it smelling skanky, sweaty, like cat piss, a urinal, and so on - perhaps to the point of dissuading others who might have wanted to give it a try. I was actually quite scared myself after reading all those reviews but eventually I pulled the trigger and made a blind buy. After all, several low-rated fragrances have actually worked well on me.

I was bracing for something really strong and animalic but to my surprise, Kouros carries a powdery freshness with it. Yes, it is fresh - which also becomes just a wee bit soapy at some point - but there's a salty, musky accord swirling around. I think it's what makes it quite unique, setting it apart from most freshies out there. There are also no dominant citruses or florals normally seen in freshies. There are such notes listed, though, but they're all lost in a wonderful blend that comes off as fresh and clean.

Wait, fresh and clean but with a salty and musky undertone? Oh, yes! And this is why Kouros doesn't smell overly clean or uber-sanitized. The muskiness keeps it grounded and "normal," a kind of shower-fresh clean combined with a guy's natural body odor. That, to me, is where its appeal lies. Ironically, it's also probably where all the disdain is rooted.

This fragrance isn't a monster. Maybe it once was but the current formulation renders it fairly agreeable to most people despite its strong projection, at least to those unfamiliar with all the hullabaloo surrounding it. I mean, I haven't encountered any negative remark so far. It's a fairly long-lasting scent, with performance that gradually decreases as the hours go by. But that's expected.

I'm clearly enjoying Kouros. I have no idea what the original formulation was like but I'm happy with my 2018 bottle as it is. It works for me but I won't go forcing it down everyone else's throats because I understand that it's not for everybody. However, I say set your prejudices aside and give it a try at least. Who's afraid of Kouros anyway?