FRAGRANCE | Zara Tobacco Collection: Where one is bound to be better than the other 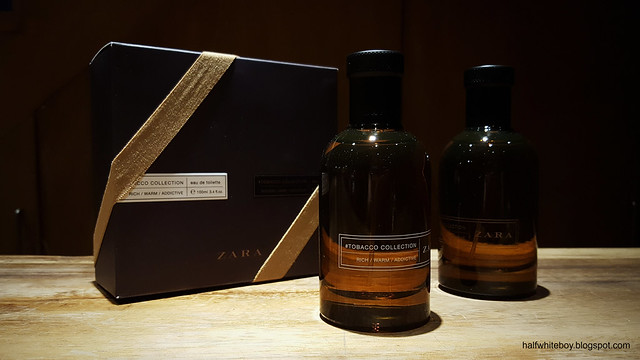 Both of Zara's tobacco-based releases in one box.

In probably any store I usually gravitate towards the fragrance section if they have one. Even fast fashion giant Zara is not spared. So one time I tried one of their tobacco scents and immediately liked it. Although I managed to control myself from buying a bottle then, I eventually went back for it on a different occasion. I ended up with the boxed set of both fragrances from the Zara Tobacco Collection even if I haven't smelled the other one, as there was no tester at the time. Although their fragrances are already inexpensive to begin with, it was 25% cheaper than getting both bottles individually.

There are only two fragrances from the Zara Tobacco Collection—both in EDT concentration—and I don't know why they didn't bother giving each one a proper name because they're simply labeled "Rich / Warm / Addictive" and "Intense / Dark / Exclusive." There are 2018 versions of both fragrances but judging by the darker color of the bottles I got, I suppose they're the original 2016 release.

So how are they? 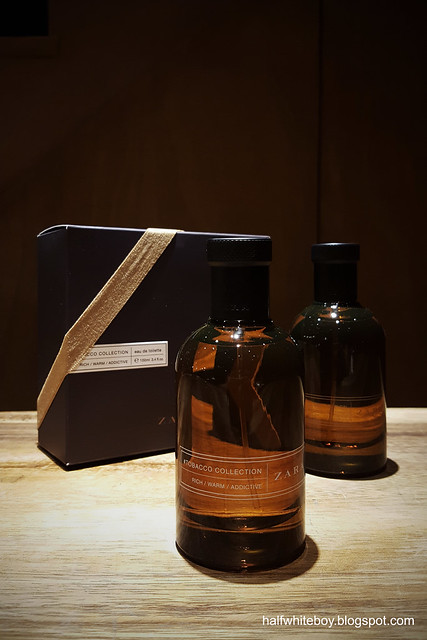 Rich / Warm / Addictive
This, as the name suggests, is a beautifully warm and rich scent. It opens with a yummy, honey-coated coconut that's almost boozy to my nose for some reason. It's strong but the warmth of it effortlessly makes the scent pleasing and even comforting. For a moment I forgot about the tobacco there, which was easily overpowered by the sweetness and the coconut.

Some 30 minutes in and the tobacco starts to assert itself, slowly but steadily. It's not dry and raw like in Karl Lagerfeld Classic, nor is it green like in Aramis Havana. It isn't the dried tobacco leaves suffused with a boozy moistness kind either, like in Tom Ford Tobacco Oud. This tobacco is like cigarette smoke. Oddly enough, I don't find it off-putting, which I think is because of the sweet, honeyed coconut coating it, containing its supposed power.

Rich / Warm / Addictive also performs quite well. It starts off a little heavy but quickly steps back into moderate territory. It softens further after maybe two hours or so but the scent itself can last from morning till late in the afternoon. I do resprays, though, to give it a jolt whenever I feel the need for it. This is definitely a good one from Zara. Well worth a try. 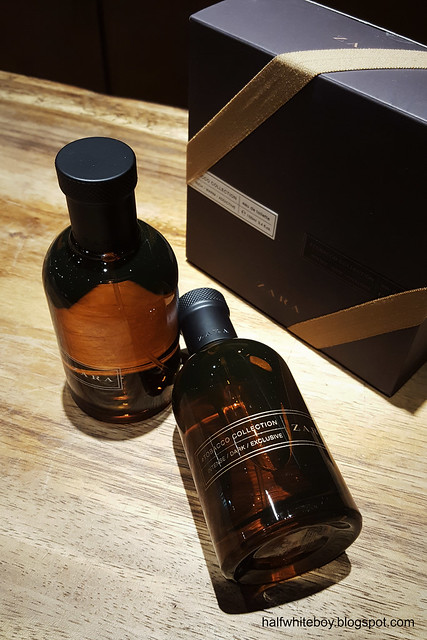 Intense / Dark / Exclusive
The other half of the Zara Tobacco Collection has a sharp, citrusy-spicy opening. There's a subtle minty accord working its way around but it's the sharp spiciness of the pepper that's dominating the scent. This to me isn't dark at all but rather bright and a little perky. It projects well for about two hours before it eases in strength, lasting for a good few hours before the need for resprays.

Because the name carries the word "intense," I was expecting a really strong tobacco note here. Alas, there's almost none. I only start to get some tobacco after the mint has died down. It's akin to the cigarette smoke character of the tobacco in Rich / Warm / Addictive but the sharpness of the pepper simply overpowers everything else. Unlike the gorgeously balanced treatment of pepper in Penhaligon's Monsieur Beauregard, there's nary anything here to tame it. I have to dig deep into my skin if I want to smell the tobacco.

At some point the pepper mellows a bit, and a slightly burnt note appears, carrying little to no sweetness with it. However, the sharpness roars back to life, as if trying to drive a point that the "intense" in this fragrance isn't about the tobacco at all. It's the pepper all along!

As a fragrance, Intense / Dark / Exclusive is okay, all things considered. But as a tobacco-based fragrance, it's an utter disappointment.